Hill: McLaren would still have won without Hamilton/Verstappen crash

Whilst some may argue that McLaren's 1-2 result at the Italian Grand Prix was made easier by the exits of Lewis Hamilton and Max Verstappen, Damon Hill believes Daniel Ricciardo and his team had the pace to win outright. 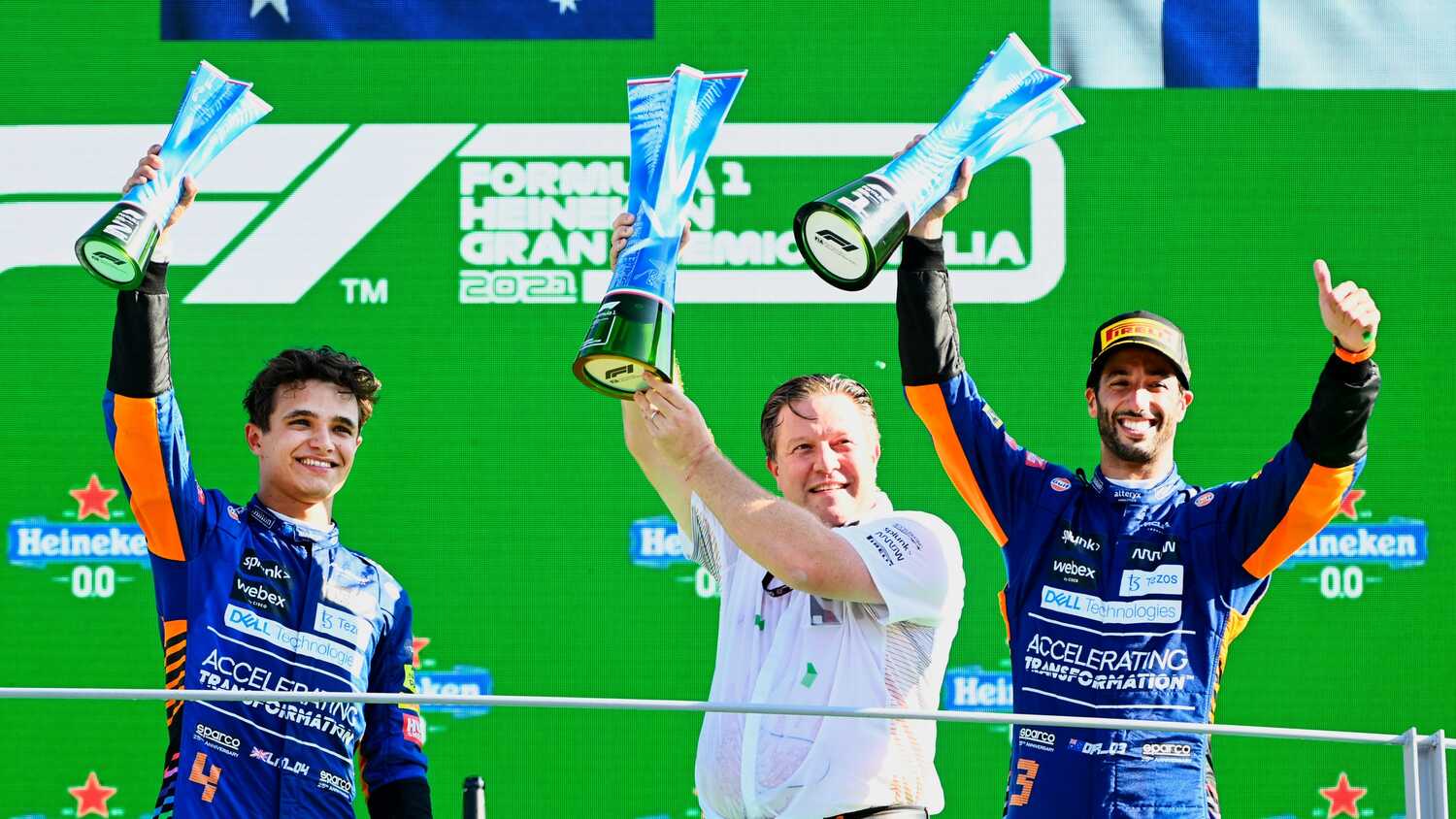 Damon Hill believes that McLaren would most likely still have claimed a 1-2 result at the Italian Grand Prix even if the incident between Lewis Hamilton and Max Verstappen had not happened.

Daniel Ricciardo, who started from the front row alongside pole-sitter Verstappen, got a good launch to pass the Red Bull driver and lead the early stages of the race.

After a slow pit-stop, Verstappen went wheel-to-wheel with Hamilton in the first chicane. With neither driver seeming willing to relent going into the first chicane, the title rivals collided, putting them both out of the Grand Prix.

This perhaps lessened the pressure on Ricciardo and teammate Lando Norris up ahead, but Hill thinks that they had the outright pace to win, even if Hamilton and Verstappen had not been forced to retire.

"I think they probably would have [still won]," Hill told the F1 Nation podcast.

"Don't forget they [Hamilton and Verstappen] tripped over themselves, they both had very slow pit-stops, and Max's was catastrophically slow.

"But they were struggling to make grounds on the McLarens who actually had the pace, and I think that they could have pulled it off all the way to the end, because at the end they were really racing against what was left of the field, and they managed to hold their own.

"I genuinely think that was a proper race win."

Hill was thrilled to see McLaren celebrating again, with the 1-2 finish marking the team's first since 2010. It was also their first win since the 2012 season.

"I was there for the celebrations afterwards. Obviously, it's a long time since McLaren have had a race win, let alone have a 1-2. Seeing [the whole team] so happy, that sort of summed up the weekend really.

"There were so many elements to the race, having the Sprint in it as well, including the sweetness of McLaren winning, and the sourness of Mercedes and Red Bull and Max and Lewis clashing, so [there were] ups and downs."