Williams legend Patrick Head has revealed that he would have had mixed feelings if Damon Hill managed to win the 1994 Drivers' Championship. 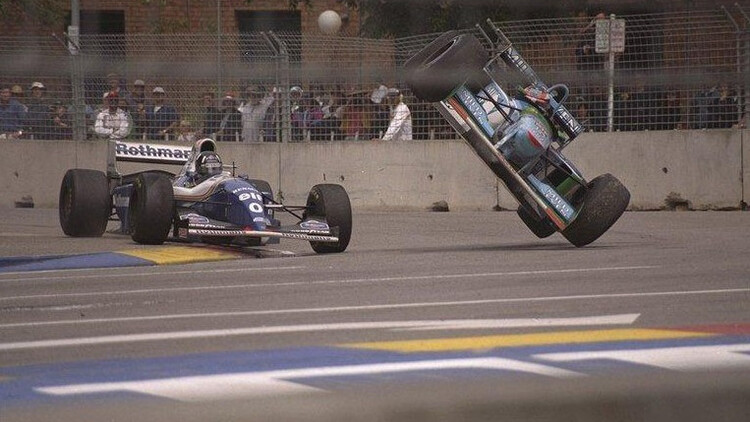 Patrick Head has revealed that the events of 1994 meant that he wouldn't have been "totally happy" if Damon Hill had managed to deliver the title to Williams in the contentious season finale at Adelaide.

Head, a co-founder and former Chief Engineer at Williams, worked closely alongside Adrian Newey on the 1994 car.

The tragic events of San Marino early that season meant that it was Damon Hill, and not Ayrton Senna, who fought Benetton and Michael Schumacher for the Drivers' Championship as F1 arrived in Adelaide.

The events of that controversial race are now indelibly etched into the sport's history. A dominant Schumacher went off the track and hit the wall, damaging his car and seemingly handing the title to Hill in second place.

But Hill, unaware of Schumacher's mistake as it was out of sight, saw the slowing Benetton and dived up the inside into the next corner. Schumacher spotted the opportunity to squeeze the Williams and did so, with the two cars making contact and the Benetton going up on two wheels.

The damage ruled Schumacher out on the spot, while Hill returned to the pits in a vain attempt to have his damaged suspension repaired.

"Everyone knew Schumacher took Hill out"

With Williams' dominance reigned in only by Schumacher throughout the 1994 to 1997 seasons, Head explained that the seven-time World Champion may have been an exemplary competitor but was perfectly capable of taking his rival out.

"I had the highest regard for Michael Schumacher," he told the Beyond the Grid podcast.

"He was a stunning driver, and a stunning person, and the people who operated with him and knew him as a person, which I didn't, still hold him in the highest, highest regard.

"But anybody who sees the film of what happened at Adelaide, could see that Michael's car was damaged in a way that he must have known that it was undriveable.

"He started going down the escape road that went straight on from the right-hand corner. And when he could see Damon who, by that time, was probably four or five seconds behind him, he turned right and drove straight into the side of Damon's car.

"Anybody that knew anything about driving race cars knew that Michael deliberately took Damon out of that race."

"Fierce competitor" Schumacher walks away with the title

The clash handed the title to Schumacher and, despite Head's affiliation, he's since explained that winning that season wouldn't have been entirely satisfying.

"I don't think I felt totally aggrieved because, with the death of Ayrton Senna, with the fact that Michael was banned from driving for at least two maybe three races, all of which Damon won, I don't think I'd have felt totally happy with winning the championship in that year," Head admitted.

"Meanwhile, Michael was an immensely competitive person. I think Jacques Villeneuve knew what Michael could do at Jerez in 1997. I don't want to damage... Michael was the most stunning driver, brought any team that he drove for around him, the people in the team around him.