Have Mercedes made a mistake by changing Hamilton's engine in Turkey?

Lewis Hamilton will start no higher than 11th for Sunday's Turkish Grand Prix due to Mercedes' decision to use a fourth engine in car number 44, which has triggered a grid penalty. Is it the right thing to do? RacingNews365.com takes a look. 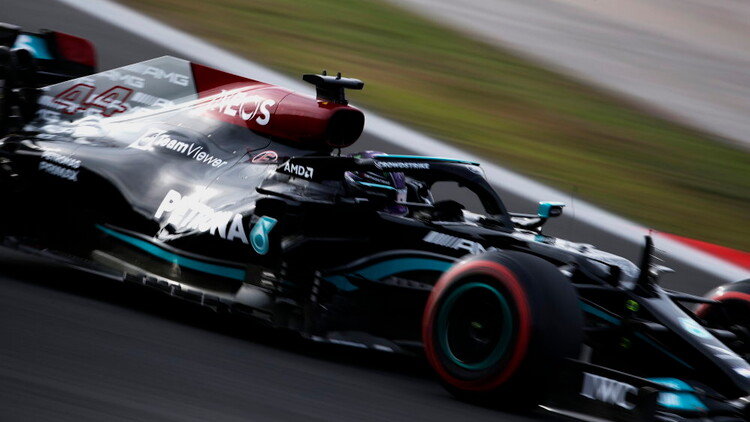 Lewis Hamilton will take a 10-place grid penalty for the Turkish Grand Prix, after Mercedes fitted his W12 out with his fourth Internal Combustion Unit of the season.

It means Hamilton will start from no higher than 11th place on Sunday whilst Max Verstappen is likely to be towards the pointy end of the field.

Since Mercedes opted to take on a third power unit at Spa-Francorchamps, there has been lots of talk in the paddock over whether Hamilton will be forced to use an excessive number of engines.

Valtteri Bottas has taken grid penalties at the last two events because he has gone over his engine allowance, with Mercedes noting that there were some reliability concerns on the Finn's fourth power unit.

It's not yet known whether Mercedes have decided to fit a new engine into the back of Hamilton's car due to potential reliability issues, or if it was a tactical decision.

Red Bull believe it's the former, with all Mercedes-powered cars expected to be hit with a grid penalty before the end of the season.

"From what we understand [it was] more of a forced choice, rather than a selected choice," Red Bull Team Principal Christian Horner told Sky Sports.

"Obviously you've seen that they've had issues with some of their other teams as well."

What if it was tactical?

Mercedes are yet to confirm whether their decision to use a new engine for Hamilton was strategical or not. The team's Head of Trackside Engineering, Andrew Shovlin, says Mercedes are currently happy with their choice.

"Fundamentally, we're running simulations of the whole season," Shovlin told RacingNews365.com and other select members of the press. "There's a lot of races this year, there's a lot to do on three power units and as you go up and up on the mileage, the risk of any reliability issue goes up. As small as it is, that's growing [with] the more mileage you do.

"There is an element of degradation [with] the ICE where the longer you run them, the less power you have. And because most of the risk and the performance is associated with the ICE itself, that's the thing that gives us the best result over the course of the year, to just change that to take a 10-grid place penalty."

Looking at Hamilton's pace from Friday practice, the seven-time World Champion would have been the big favourite for pole position and the win.

He was 0.635 seconds faster than Verstappen in the second practice session, with Red Bull admitting they were not able to find the sweet spot for the tyres and their car. 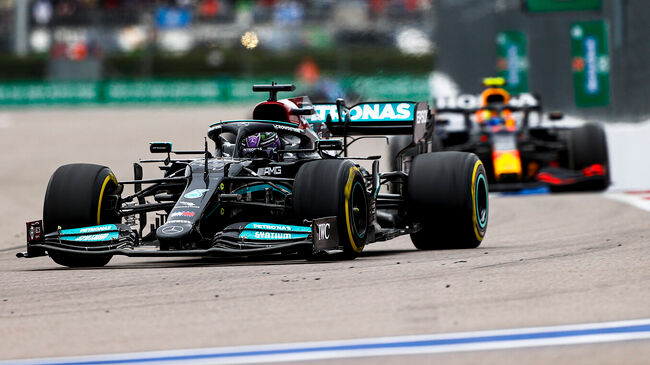 Meanwhile, Hamilton was in a league of his own and surely would have had a golden opportunity to take 25 points.

Red Bull decided to take Verstappen's new engine in Russia because they knew he was unlikely to win the race on raw pace.

It doesn't make sense to throw away a likely victory and, at the moment, it feels like Mercedes may have done that if it was a tactical decision.

Even if Hamilton has strong pace, he will find it difficult to get past the likes of Sergio Perez, Charles Leclerc, Daniel Ricciardo, Lando Norris and Fernando Alonso – before he gets to Verstappen.

"Whether we can get Lewis on the podium, that's often defined by what happens in the first stint," said Shovlin. "Whether you can pick off some of those cars [or not], because throughout that stint, the race leaders are always getting away from you."

In Sochi, Verstappen had great pace early on but quickly got stuck behind other cars and began to lose over a second per lap to the leaders.

On paper, Istanbul Park is a track where you can overtake relatively easily, but Turn 8 could be a nightmare to follow other cars during the race, as will the Turn 9 and 10 chicane because the car in front can get on the power earlier for a good exit onto the back straight.

In modern F1, you can get "DRS trains", which makes it hard for cars to race each other if multiple drivers are stuck within one second of each other. 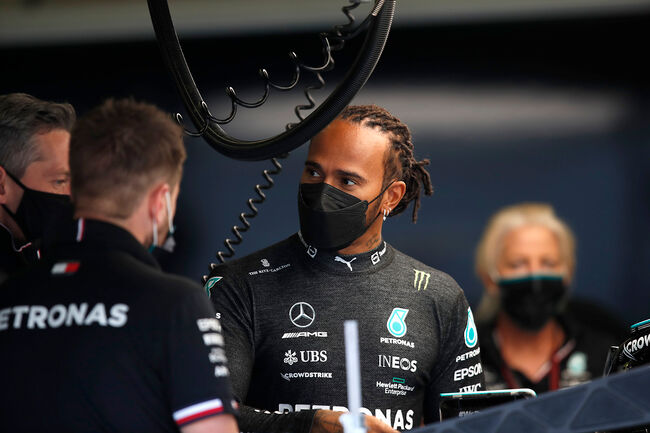 Then there is the factor of being involved in an accident. Starting in the midfield is arguably worse than starting from the back of the pack, because many incidents happen in the eighth to 15th area during the opening laps.

Turn 1 at Turkey can be awkward, too, as the downhill braking zone draws the drivers in. Hamilton has been very cautious when racing most drivers this year and that could be his downfall on Sunday.

Of course, Hamilton may gain numerous positions at the start, which could put him in a position to still win the race.

With seven races to go, both Mercedes cars may be on the limit when December arrives if there are engine concerns.

Had Mercedes taken Hamilton's fourth engine in the USA or Mexico, the British driver would have had a bigger engine offset compared to Verstappen during the run-in.

The margins are tiny between Mercedes and Red Bull this season, so having an engine which is two or three races fresher would have been advantageous.

Red Bull have traditionally been very strong in Mexico and the field often spreads out, with very few cars finishing on the lead lap. It's a small surprise Mercedes didn't take Hamilton's new engine there instead.

By taking a fourth engine this weekend, Mercedes have put Hamilton in a precarious position.

There is still a long way to go in the championship, so they ideally need this current engine to do seven races. Hamilton's chances of victory on Sunday, which would have extended his lead in the Drivers' Championship to at least nine points, have turned from likely to slim.

Mercedes have not been at the top of their game with some strategy decisions this year, so Hamilton will be hoping the World Champions have not made the wrong choice to take a grid penalty in Istanbul.