Martin Whitmarsh, former CEO of McLaren and now a member of The Hamilton Commission, believes that Lewis Hamilton's work towards increasing diversity in Formula 1 has opened the eyes of many to how some sections of society do not feel invited into the sport. 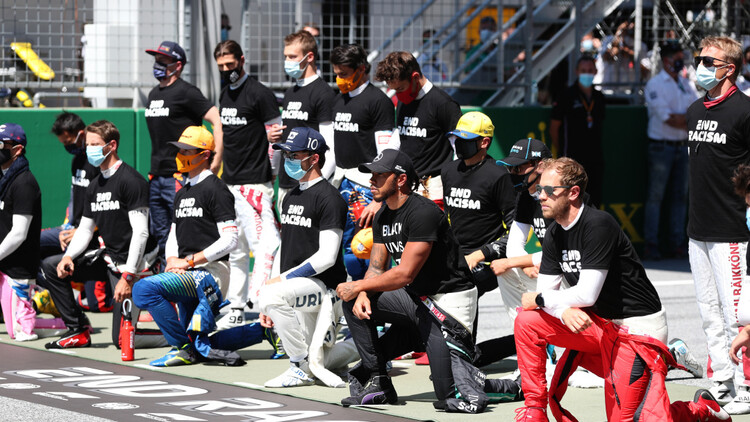 Lewis Hamilton's former McLaren boss, Martin Whitmarsh, acknowledges that he did not do enough in his time as a leader in F1 to work towards increasing diversity.

Whitmarsh was recently made a member of The Hamilton Commission, an initiative set up by Hamilton with the Royal Academy of Engineering to identify the barriers to the recruitment and progression of people from ethnic minorities in UK motorsport. A report was released in July explaining the findings following 10 months of research, along with recommendations for how these issues can be addressed.

Former McLaren CEO Whitmarsh is hopeful that the work done by Hamilton and others as part of this drive will help towards increasing opportunities in the sport, having reflected on how he himself did not do enough during his time in F1.

"I'm not trying to be defensive about it. Did I do enough on these issues during my 25 years of leadership in the sport? No, I didn't," Whitmarsh told The Race.

"I'm not defensive about that, it's for me to reflect on, and that's why I do a variety of things that I do now including trying to give to the commission. But I do think on a positive scope, however people view any of our motives, Formula 1 is an inspirational sport.

"But we've got to try and reach out to those that haven't and say, 'Okay, there's some barriers, but you are invited in – if you want to be inspired, if you want to be part of this, you will be welcomed when you arrive here'."

Whitmarsh – who left McLaren in 2014 – believes there is an obliviousness amongst some in F1 that, for certain groups in society, simply working hard is not enough to reach the sport as there are other obstacles in the way.

"There's a bit of arrogance in Formula 1 and I've been, I'm sure, guilty of this feeling of, 'Well I've got there and if I can, anyone's just got to have the ambition and the drive and the commitment and go and knock on the door'," Whitmarsh explained.

"It's how I got into F1, I just knocked on the door. But it hadn't occurred to me that there were big sections of society, disadvantaged elements of our society, ethnic minorities from poor backgrounds, that just don't feel invited.

"And therefore they don't go knock on the door and they're not inspired to go and do that education."

Whitmarsh has praised Hamilton for encouraging those in Formula 1 and motorsport to become more aware of the issues at play.

"He recognises that as the icon that he has now become, that is something that gives him a platform, gives him a voice, gives him the opportunity to prompt this debate, and causes us to think about it," said Whitmarsh.