A leading motorsport director has made a point of highlighting the "engineering and science" that goes into making Formula 1 safer. 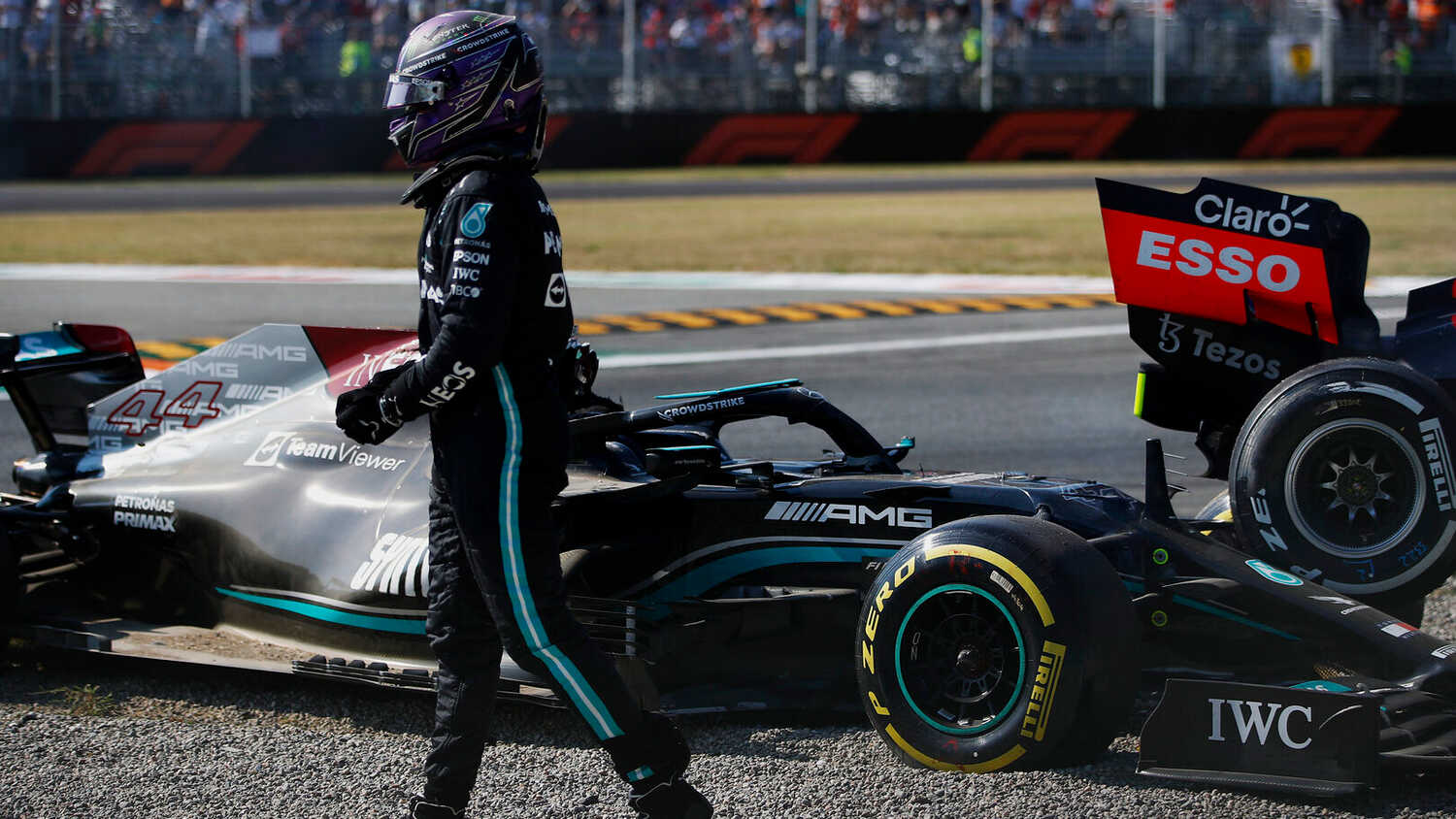 Lewis Hamilton was "not lucky" to survive his clash with Max Verstappen at the Italian Grand Prix, given the "engineering and science" that goes into making the sport safer, a leading motorsport director has stated.

Hamilton and Verstappen came to blows for the second time this season at Monza, with Verstappen's Red Bull taking off over the sausage kerbs at the first chicane and landing on top of Hamilton's Mercedes – the Halo on the W12 taking the weight from the RB16B as the two cars came to rest.

Clive Temple, Motorsport MSc Programme Director and Senior Lecturer at the Advanced Vehicle Engineering Centre at Cranfield University, has spoken out to highlight the role the Halo played in preventing serious injury to Hamilton.

The Halo was tested extensively at Cranfield Impact Centre during its development, overseen by the FIA, and the issue of driver protection in motorsport has been investigated in a number of Motorsport MSc projects at Cranfield over the years.

"Hamilton was not lucky – it is a fact that engineering and science underpin all of this work which ensures drivers are safe. Safety is the primary concern in motorsport," said Temple.

"The Halo was introduced in 2018 and proved its worth in that season when Charles Leclerc, who was then driving for Alfa Romeo, was protected from Alonso's flying McLaren.

"We also had the Grosjean fireball incident in November 2020 and again the Halo came to the fore there along with other safety measures such as the deformable nose cone protection, in-helmet safety system and the barrier, itself.

"It's been shown that the Halo is now one of the major safety devices that has served all drivers who are racing single-seaters from Formula 1 all the way through to Formula 4."

Temple went on to highlight the forces involved in the Italian GP collision, and the improvements coming to the Halo in the future.

"As this crash has proven, the Halo is exceptionally strong and is integral to other safety-critical elements within the car," he added.

"Hamilton experiencing Verstappen's car coming on top is probably around the equivalent of close to a London double-decker bus landing on top of the car.

"The current Halo is designed to withstand 100 kilonewtons – 10.2 tonnes – and a modern double-decker is around 12 tonnes or so. 10.2 tonnes is also the equivalent of two African elephants landing on the race car. This is a very strong structure indeed.

"We're moving towards Halo 4, which will feature in the new season for the 2022 F1 cars. This will represent a further development of the Halo concept and an even stronger device."