Hamilton hints at staying in 2022: I plan to be here next year

Mercedes' Lewis Hamilton has given his biggest hint yet that he has no intention of retiring at the end of 2021.. 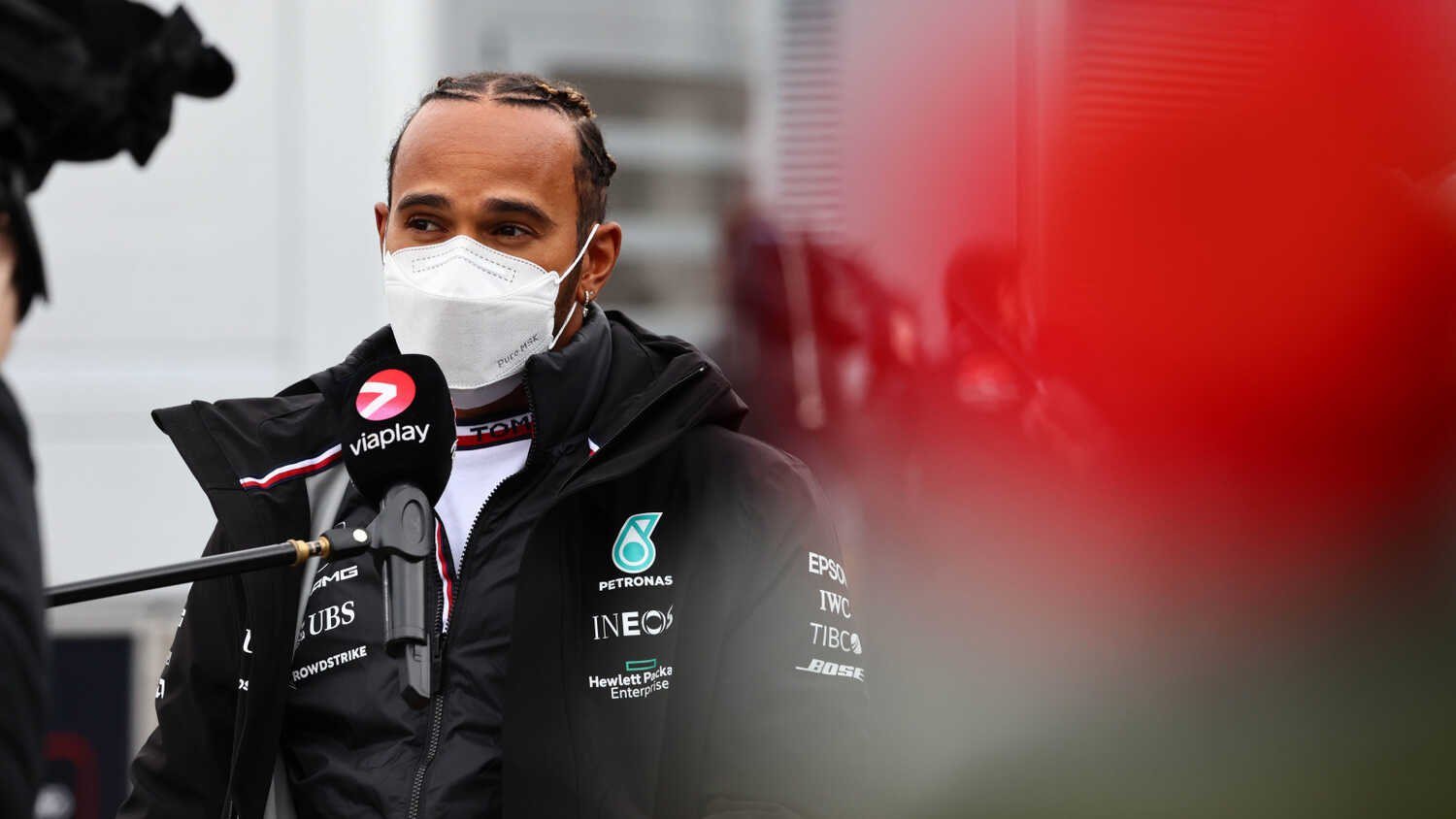 Mercedes' Lewis Hamilton has strongly hinted that he will be staying on in Formula 1 in 2022, saying he plans on remaining within the sport.

With Formula 1 set for a huge rule reset for 2022, rumours have abounded that Hamilton might retire as there's no guarantee of Mercedes' ongoing competitiveness with such a shake-up. Combined with a possible record-breaking eighth world title, there were suggestions that Hamilton could choose to step away from the sport.

These rumours were further fuelled by Hamilton's very late contract signing for 2021, with the extension being just for a single year. Despite this apparent reluctance to commit to the future, Hamilton has revealed he has no plans to leave just yet.

"I plan to be here next year," Hamilton revealed to media, including RacingNews365, during the press conference ahead of the Portuguese GP.

Speaking about his test last week, in which he drove the 2019 Mercedes W10 for Pirelli's 18 inch tyre programme, Hamilton revealed he had volunteered for the test day as he wants to help develop a better product for racing.

"I want to be a part of that, I want to help in helping them build towards having a better product.

"I don't ever volunteer for test days. And that was probably one of the first ones that I have volunteered for. So, I immediately regretted it when I woke up in the morning on the day!

But no, I mean, honestly, it was at a really great track to test at. So I enjoyed the day and the weather was good."

Picking up on Hamilton's admission that he wants to continue, he was asked about whether that's a firm plan or decision that he's made.

"Well, the thing is, I'm pretty spontaneous," Hamilton laughed, "So it could always change!

"But I don't know, I think we are enjoying this battle that we have, it's been more exciting. It's been even more of a challenge. I continue to love working with this team.

Speaking about his neverending quest to improve inclusion and diversity within motorsport, Hamilton said he felt better equipped to push the cause forward by being a racing driver.

"But there are still many teams that have continued to stay silent," he said.

"There are many people so far that are not particularly being held accountable. And there's still a lot of work to do within this sport. And I know that being here, I have more chance of helping change that than not so that's something I'm looking to. I don't know how long I can stay, but we'll see."