Hamilton: Austin bumps were 'no problem' for Mercedes

The Mercedes driver believes the bumps at the Circuit of the Americas didn't affect the W12, in contrast to some comments from Toto Wolff. 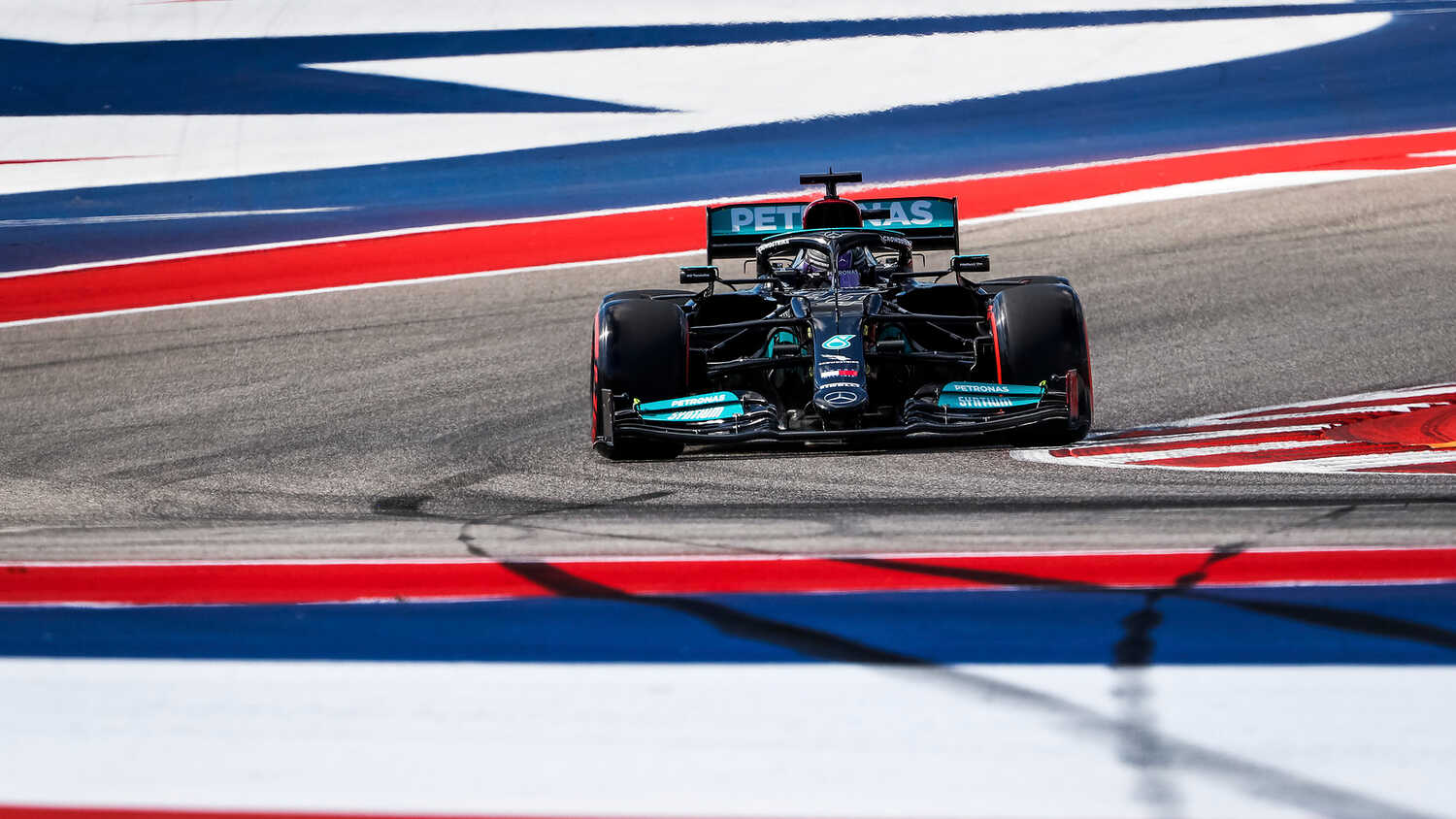 Lewis Hamilton says the bumps at the Circuit of the Americas were not a "big problem" for Mercedes, despite suggestions that the characteristics of the track hindered the W12's performance.

Hamilton lost out to Max Verstappen at the United States Grand Prix, having taken the lead at the beginning of the race.

The Mercedes car appeared to not ride the bumps as well as the Red Bull, with Team Principal Toto Wolff claiming that Mercedes were forced to take steps not to "massacre" its cars.

Hamilton says Wolff's comments were "a strong use of words".

"There wasn't a big problem," Hamilton told RacingNews365.com and other select members of the press.

"I think it was a bumpy circuit, first of all, but we ended up going back to where we started the weekend so there was no problem."

Mercedes were dominant in the opening practice session on Friday, nearly one second clear of the rest of the field.

However, Red Bull fought back as Verstappen converted pole position into a win to extend his lead in the Drivers' Championship to 12 points over Hamilton.

"It was a fun race," added Hamilton. "We had a good start, he seemed to be quite close throughout on the Medium tyre, and then obviously they stopped extremely early and [I] just tried to offset myself after that.

"I was hoping it would give us a chance of fighting late on, but I think track position was key."