Guenther Steiner has stressed that staff aren't scrambling for the door at Haas, in the wake of a bonus scheme proposed by Dmitry Mazepin being made public. 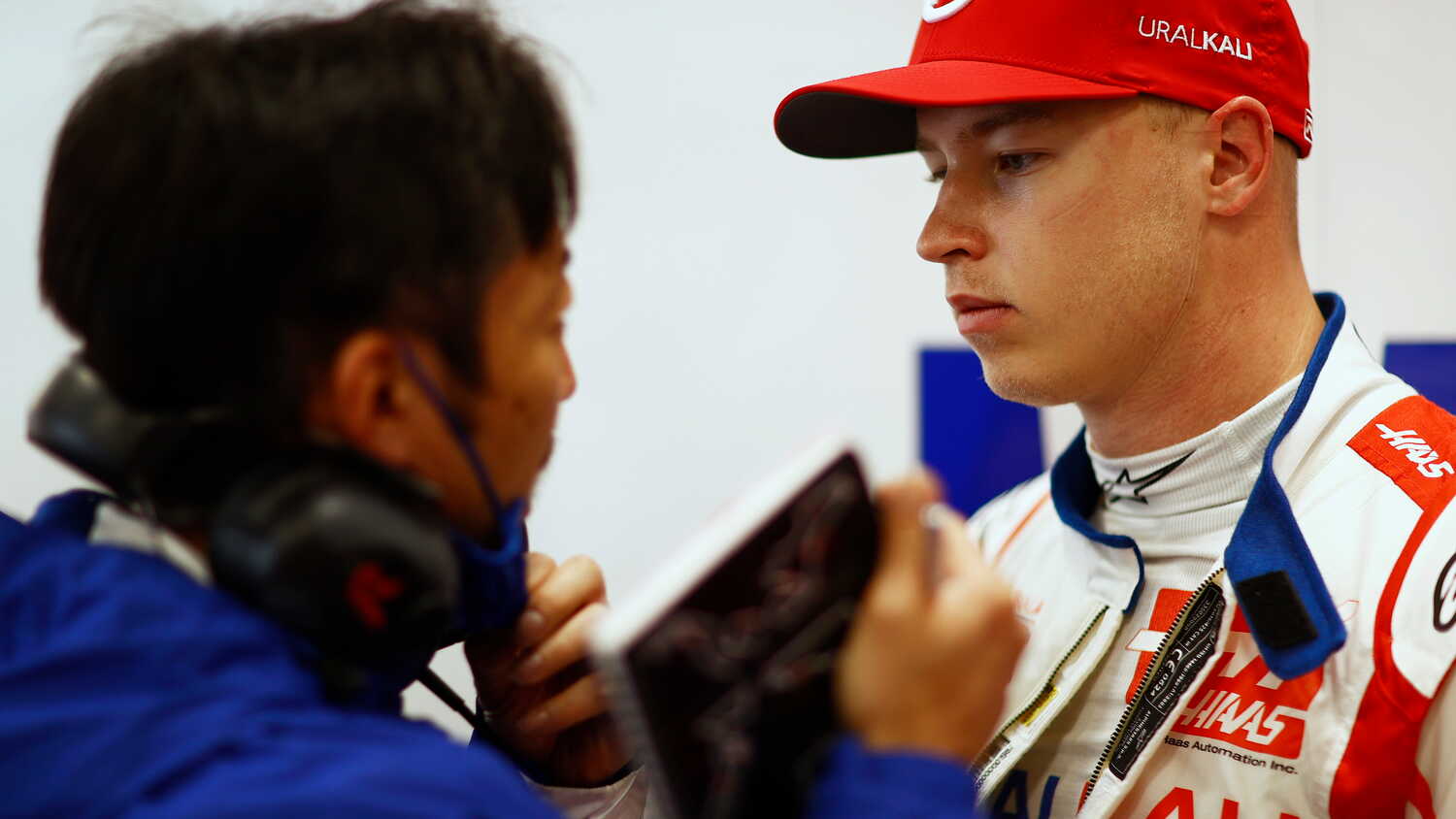 Haas team boss Guenther Steiner has confirmed that his team are evaluating a proposal from Dmitry Mazepin to introduce an external bonus scheme to reward staff loyalty.

Mazepin, father of driver Nikita, is the majority shareholder and chair of the team's title sponsor Uralkali.

In a bid to make staying at the team more attractive for staff, Mazepin is quoted by Russian publication Match TV as saying that he would personally offer additional funds.

"I understand it is difficult to travel to 23 countries during a season, to attend 23 races - the human factor plays a big role here," he said.

"That's why we want to increase internal motivation in every way possible and, as a sponsor, be part of the team."

Given that the bonus scheme is being proposed by the team's sponsor, rather than the team itself, Steiner confirmed in Saudi Arabia that the proposal is being considered, but stressed that the staff turnover at the backmarker team isn't of particular concern.

"We don't have people running away; we have about 60 people which are with us from the beginning," he told media, including RacingNews365.com.

"On the offer from Dmitry, they are looking at how we can make it work with the budget cap legally, and all that stuff, and then we see when we get back to him."

Nikita Mazepin said that the proposal from his father has come as a result of him expressing concerns about staff turnover, with the Russian giving an interview in Brazil in which he was quite emotional as a result of people from the team leaving.

"He's got an amazing track record of giving what he needs to his employees, which numbers over 45,000 in his companies, and he is a professional in it, not me.

"He came up with this idea totally voluntarily to not, let's say, throw money at people, as bad as it may sound, but to motivate people and give them an opportunity to achieve certain things and be rewarded for it.

"The most important thing about it is [that] it happened totally voluntarily. He doesn't get anything from it, apart from I think he's in a stage of his life where he wants to give things back because he's got enough success.

"He now really is concerned about the people that actually do the hard work, people that work in the mines, in his factories, and the real employees at the very, very low level in the teams."

What about the budget cap?

While Formula 1 has a strict budget cap in place, which would need to be taken into consideration to adhere to the rules, Mazepin said he isn't concerned that his father's idea would put the team anywhere near the financial limits.

"From what I know, we're way below the budget cap anyway, so it will get a little bit closer to it," he said.