Carlos Sainz feels that the racing rules are still 'not clear' following the controversial Max Verstappen/Lewis Hamilton incident at the Brazilian Grand Prix. 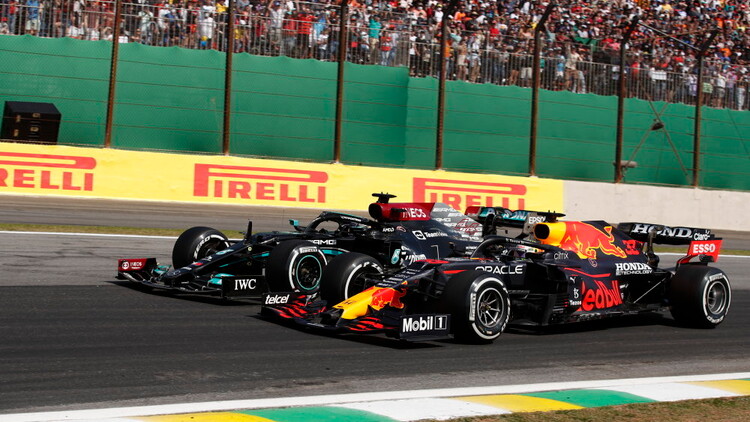 Carlos Sainz says that the conversation about racing rules will continue into the off-season following confusion over Max Verstappen's defence against Lewis Hamilton in the Brazilian Grand Prix.

Verstappen went off track at Turn 4 whilst trying to defend his lead from Hamilton, but his actions went unpunished during the race. Mercedes were then unsuccessful in a right to review bid in the days after the Grand Prix.

Whilst the drivers met with the FIA to discuss what is acceptable racing ahead of the Qatar Grand Prix, Sainz feels that the guidelines are still unclear and hopes that further discussions in the winter will bring more clarity.

"In terms of racing approach it's not very clear still," Sainz told media including RacingNews365.com.

"I think you've heard us already talk about this because we don't know exactly what is going to happen race by race.

"But as I said to the media after yesterday, it looks like in the winter there's going to be a deeper conversation about the way that we go racing that hopefully should clarify things a bit more."

Sainz is not the only driver to have voiced confusion over the rules following the Verstappen/Hamilton incident. Hamilton himself appeared dissatisfied with the discussions that took place with the FIA.

"Every driver, I think, except for Max, was asking for clarity, but it wasn't very clear," the seven-time World Champion said.

"It's still not clear what the limits of that track are. It's clearly not the white line anymore when overtaking, so we just go for it."

"I think it's been made clear to them what is expected," he explained.

"I think some of them agree, some of them disagree. That's always with each and every one of them, they have agreed and disagreed all the way through."