Netflix's Schumacher documentary gives fans an unprecedented look at the German as he makes his way from modest beginnings to F1 superstardom. RacingNews365.com presents the biggest talking points to emerge from the film. 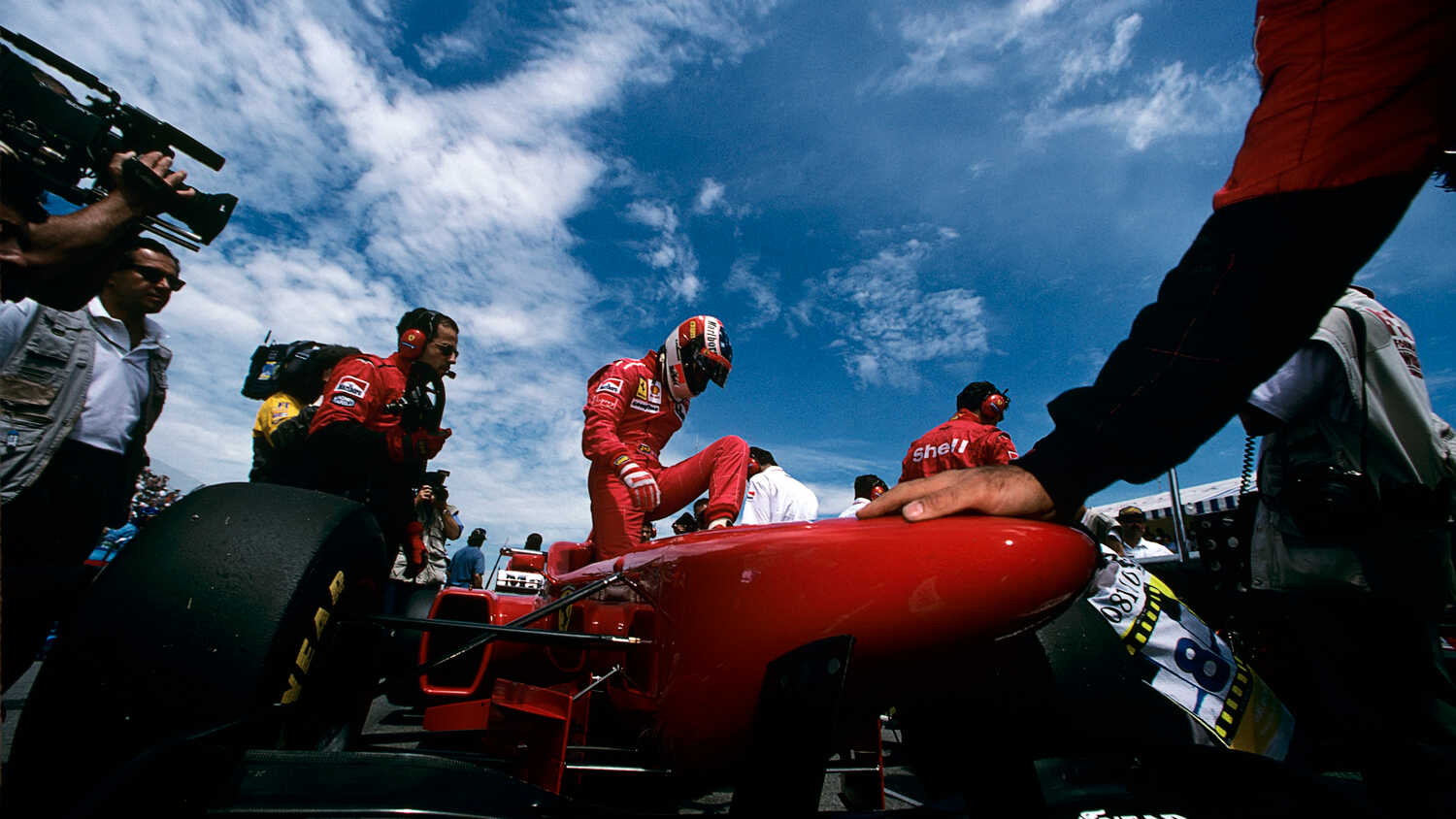 From his modest beginnings racing go-karts on his father's track to seven-time F1 World Champion, few would have imagined the career Michael Schumacher would go on to forge after making his Grand Prix debut for Jordan in 1991.

The German announced himself to the world 30 years ago in Belgium, qualifying seventh at Spa-Francorchamps on his debut, with Netflix's Schumacher documentary giving viewers a closer look at the man who took F1 to new heights.

Covering his early days battling Ayrton Senna, and the fallout from the Brazilian's death, to his run at Ferrari that made him a legend of the sport, the film also relives his 2013 skiing accident that changed his and his family's lives forever.

Here are the five biggest revelations to emerge from the Netflix offering.

Schumacher struggled in the aftermath of Senna's death

The documentary provides viewers with a close look at Senna's confrontation with Schumacher at the 1992 French Grand Prix.

Having only made his F1 debut the year before, Schumacher showed his inexperience by crashing into the back of Senna's McLaren at Magny-Cours' Adelaide hairpin. Senna wasn't all that impressed with the incident, confronting Schumacher on the grid.

Their dynamic changed in 1994, with Schumacher now a contender for the World Championship, but Senna's crash and death at the San Marino Grand Prix left a lasting mark on Michael.

Schumacher reveals he was only able to sleep for a few hours a night following the crash, initially thinking that Senna would recover even when he heard he was in a coma after the race.

He also shared how when driving a road car around Silverstone, a track he had tested on countless times before, he couldn't help but point out parts of the track where he could potentially suffer a fatal accident.

It's no surprise that Schumacher famously broke down following his victory at the 2000 Italian Grand Prix, a win that saw him match Senna's tally of 41. 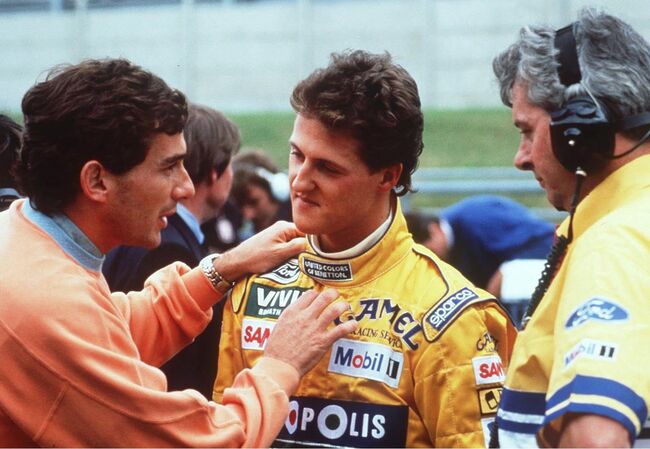 Ferrari wondered whether they'd made the right signing

Former Ferrari Team Principal and current FIA President Jean Today was the man behind the Scuderia's period of dominance in the early 2000s.

Todt played a key role in securing Schumacher's services from Benetton following his back-to-back World Championships in 1994 and 1995. He also recruited Ross Brawn and Rory Byrne, with the trio helping to reverse fortunes as Schumacher and Ferrari won the Drivers' and Constructors' titles from 2000 to 2004, along with the 1999 Constructors' Championship.

Ferrari had to be patient, however, as Schumacher didn't bring home the title for various reasons during his first three years for the team from 1996 to 1998. Todt revealed Ferrari management even began to question whether they had signed the right driver as they searched for their first championship since 1979.

"Is Michael the right driver for us, or should we have someone like [Mika] Hakkinen instead?" Todt asked at one point.

Hakkinen and McLaren were a formidable force at that time, as the Finn won the 1998 and 1999 F1 World Championships, clinching both titles at the final race of the season.

Those doubts were put to bed in 2000, as Schumacher's win at the penultimate race at Suzuka finally gave Ferrari the title they had craved for so long.

How Schumacher became the Regenmeister

Schumacher's first year with Ferrari had its share of low points, most notably the 1996 French Grand Prix.

Having qualified on pole position, he didn't even get to start the race as his engine blew on the warm-up lap. Things weren't any better for teammate Eddie Irvine, who retired five laps in when his gearbox failed.

Irvine went so far as to call the Ferrari F310 "an awful car" and "almost undriveable", with designer John Barnard later admitting it wasn't very good.

That's what made Schumacher's win in torrential rain at the 1996 Spanish Grand Prix all the more impressive. At one point Brawn states "if you have a terrible car, it's still terrible if it rains", but it didn't seem to affect Schumacher that day.

Schumacher won the race by more than 45 seconds, lapping the entire field up to third place. Brother Ralf revealed that as kids, the two of them would only drive slick tyres in the rain when they raced around their father's kart track.

"He always loved the rain. You can jump to different level. I think those are the circumstances which demonstrate the true geniuses of the sport," Brawn adds, while images of Schumacher's superlative effort in Spain fill the screen. 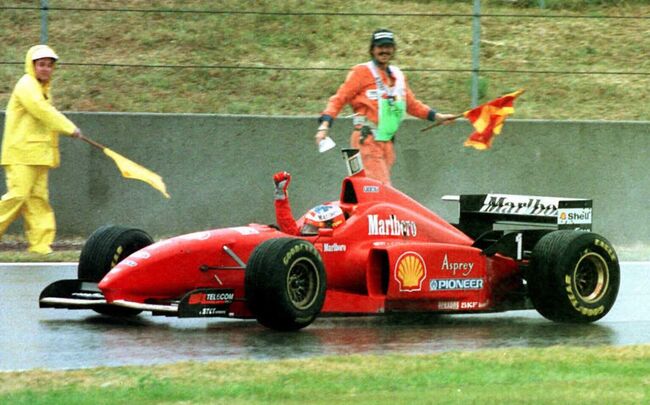 Although Schumacher was singular and unrelenting when it came to racing, the documentary shows that away from the track he was often the life of the party.

Always the first to arrive and the last to leave, according to wife Corinna, Schumacher even developed a habit of throwing friends in swimming pools.

The fallout from Schumacher's accident with David Coulthard at the 1998 Belgian Grand Prix, when the Ferrari driver slammed into the back of the McLaren in the wet, is discussed, with the Scotsman sharing his insight. However, footage of Schumacher and Coulthard singing karaoke, albeit poorly, are shown. Coulthard also describes how the two shared many Bacardi-Cokes while smoking cigars.

Even after losing the 1997 World Championship to Jacques Villeneuve, and his disqualification from that year's results, there is footage of Schumacher relaxing during a six-week skiing holiday in Norway with his family.

Michael can be seen setting off fireworks from a lit cigarette, a sign that he wasn't afraid to have run when he wasn't in race mode.

The end of the documentary touches on Schumacher's 2013 skiing accident in the French Alps, noting just how close he was to choosing skydiving instead.

Corinna explains that Michael was keen to replace the thrill that F1 gave him with other activities, with footage of the two skydiving over Dubai shown.

Schumacher, who told his family that the snow at Meribel wasn't in ideal condition prior to his accident, even suggested flying to Dubai instead, though in the end they opted to stay in France.

Unfortunately for Schumacher and his family, December 29, 2013 would alter all their lives, though Corinna shared how the family have coped in the aftermath.

"Michael is here. Different, but he's here. He still shows me how strong he is every day," she states.

"We're together. We live together at home. We do therapy, we do everything we can to make Michael better, and to make sure he's comfortable, and to simply make him feel our family, our bond." 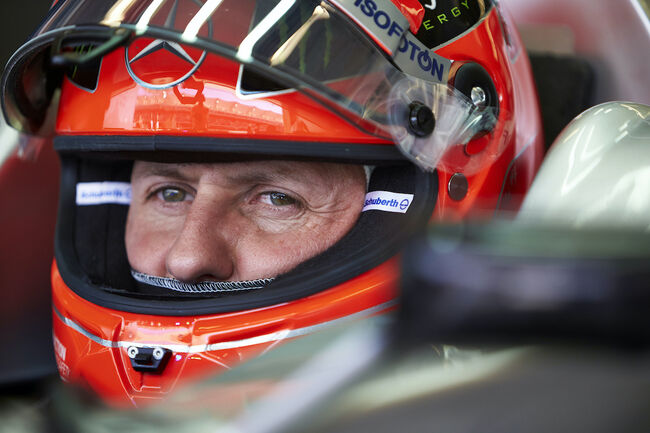