Fernando Alonso was left frustrated following an incident with Kimi Raikkonen during the United States Grand Prix, and F1 Race Director Michael Masi thinks it will be a key point of discussion at the next drivers' meeting. 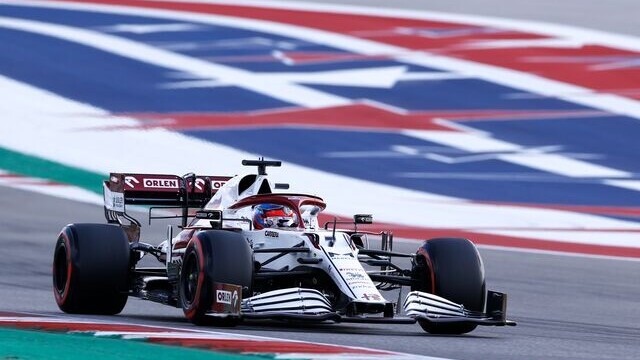 F1 Race Director Michael Masi is planning to talk to the drivers following some confusion over an incident between Fernando Alonso and Kimi Raikkonen during the United States Grand Prix.

The two former World Champions were battling into Turn 1 before Raikkonen overtook Alonso whilst running wide across the kerbs. Alonso felt that the Finn should have been forced to give the position back, but race control did not feel that any further action was needed.

Shortly afterwards, Alonso ran onto the escape road at Turn 12 whilst making a move on Antonio Giovinazzi, but on this occasion the Spaniard was ordered to give up the place. Similarly Giovinazzi was also ordered to do this when he later overtook Alonso as their scrap continued.

Alonso was left frustrated by the fact that Raikkonen was allowed to stay ahead, and Masi says that the incident will be a key point of discussion at the next drivers' meeting.

"I can understand his frustration," Masi told select media, including RacingNews365.com.

"The call in regards to him and Kimi at Turn 1 was certainly marginal. We certainly will have a discussion at the next drivers' meeting with all of the drivers about it, because I think there was two parts to the story, let's call it.

Masi acknowledges it could be argued that, with Alonso pushing Raikkonen wide in the first place, Raikkonen was allowed to keep the position.

"You hit the nail on the head, that's why it was a marginal call," Masi said.

"There were obviously the two elements of it that were looked at, and it was determined on that basis that marginally it made the decision, 'Let's just leave it as it is'.

"But certainly it will no doubt be discussed at the next drivers' meeting."

When asked whether Alonso may have been trying to make a point with his overtake on Giovinazzi, Masi did not feel this was the case.

He said: "No, not at all. I didn't hear Fernando's radio at all, but obviously he went off and my suggestion went to the team that they give the position back, which happened.

"And then the same thing happened a couple of laps later with Antonio and Fernando, and the instruction went to Alfa Romeo for that position to be given back."