The FIA's Michael Masi carried out a final inspection at the Jeddah Corniche Circuit on Thursday. 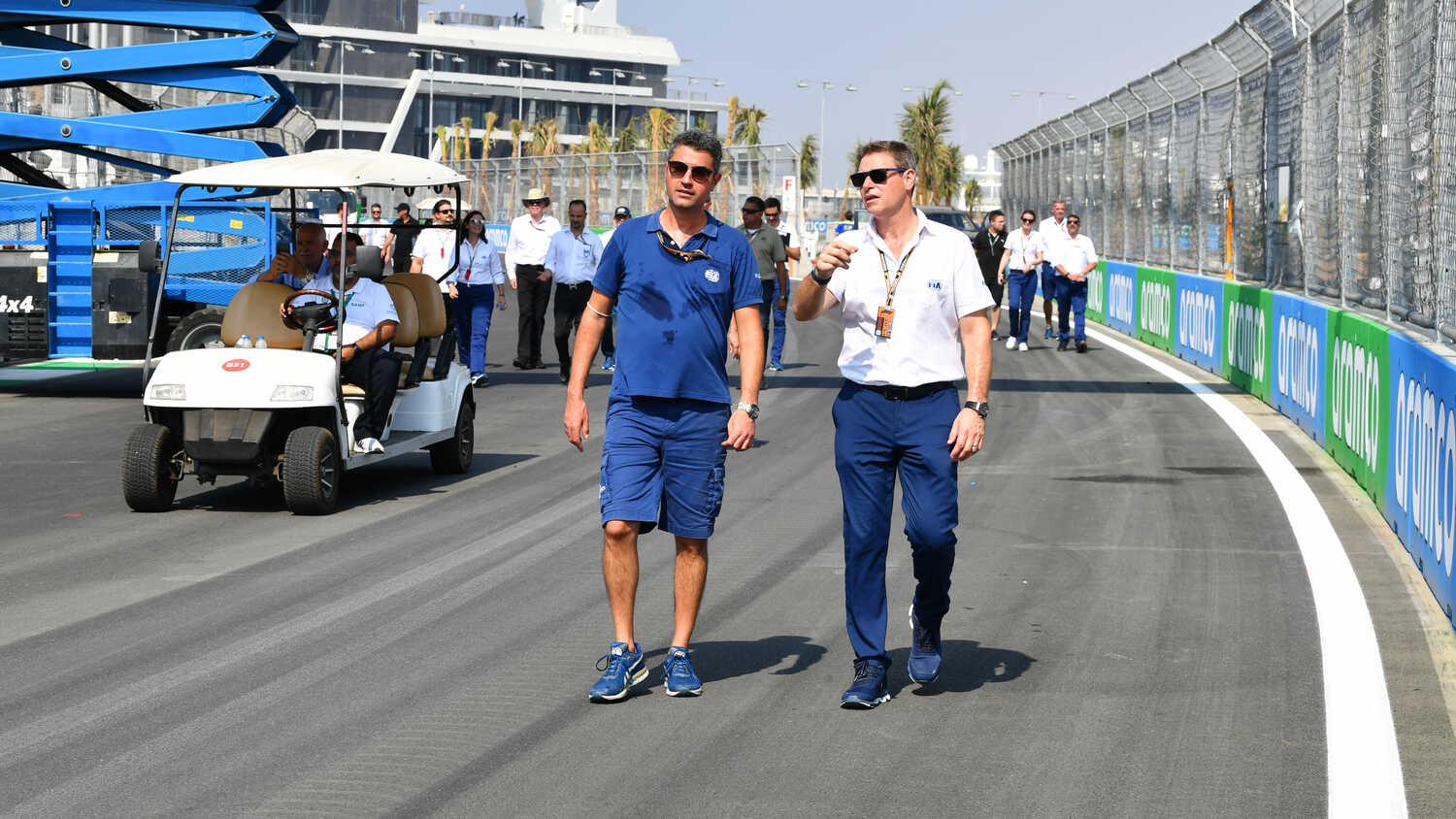 Following final inspections of the newly-built Jeddah Corniche Circuit, the FIA's Michael Masi has confirmed that the track conforms to the required Grade 1 status.

Masi, Safety Delegate for the FIA as well as Race Director, inspected the street circuit on Thursday and has given his seal of approval.

The inspection was to evaluate the quality of the track's construction and facilities to ensure that it meets the FIA's exacting standards.

"It has been an impressive journey for all involved to make the first FIA Formula 1 Saudi Arabian Grand Prix a reality, and the progress that I have seen on each of my visits over recent months has been remarkable," Masi said after the inspection.

"The circuit itself has now been completed to a high level and complies with FIA Grade 1 standards that we require for hosting a Grand Prix.

"The Jeddah Corniche Circuit will provide an interesting new challenge for the drivers and teams, and I'm looking forward to another exciting weekend as this fantastic 2021 FIA Formula 1 season draws closer to its conclusion."

With Saudi Arabia confirmed as joining the 2021 calendar in November 2020, it wasn't until April 2021 that ground-breaking at the new circuit actually happened and construction started in earnest.

It's been a fraught year to get the circuit ready, with work continuing right up until the moment the cars take to the track.

Built in just eight months, the high-speed circuit not only becomes one of the fastest on the F1 calendar, but also the fastest Formula 1 track to have ever been constructed.

"We are thrilled to have joined Michael Masi today as he completed his final inspection of the Jeddah Corniche Circuit," said HRH Prince Khalid bin Sultan Al-Abdullah Al-Faisal, Chairman of the Saudi Automobile & Motorcycle Federation (SAMF) and Saudi Motorsport Company.

"We are even more delighted that he has given it his expert seal of approval, meaning that we can let the world know that we are ready to race this weekend on the world's newest and fastest street circuit!

"The fact we have reached this point after only eight months is an achievement that cannot be overstated. The hard work and dedication of all our staff has helped to make this happen and we can now look forward to an unforgettable race weekend."