The FIA single-seater commission president spoke to RacingNews365 about how to make racing more affordable and open to a broader range of participants. 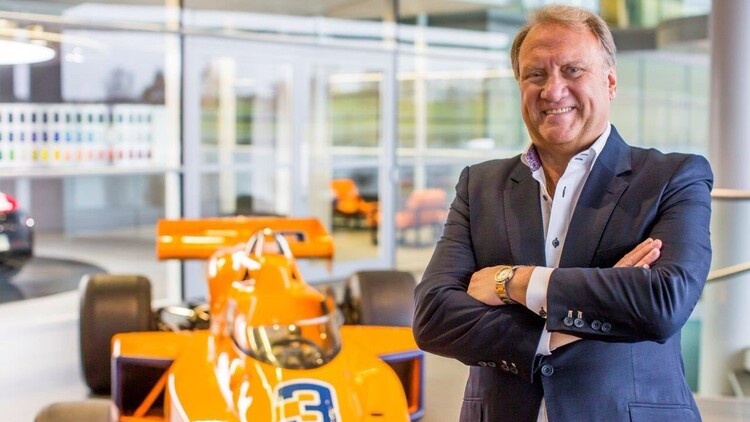 The new president of the FIA single-seater commission Bob Fernley has said that Formula racing must become more financially approachable and sustainable if it is to increase participation in the sport and become more competitive.

Speaking exclusively to RacingNews365, Fernley said that while moves such as F1’s cost cap for teams which will be introduced for the 2021 season were a good start, the overall cost had to become more manageable at the junior level

"I was one of the real early promoters of cost cuts a number of years ago, and obviously, at the time we couldn't get it through. So I'm delighted that he's on his way, I still think he needs a little way to go. But I don't think where it needs to be. And the teams will deal with that, and the F1 commission will work on it," Fernley said.

"But at least it's the first step and it is now easier to get everybody to write it down. Because it needs to come to a point where teams can be sustainable long term. And that was always the worry for me with Force India going back probably three or four years ago, when we first started to talk about cost cuts. And I think there's other things they can do yet."

He specifically pointed to the use of wind tunnels as an expensive tool for teams which could now be replaced by technology such as Computational Fluid Dynamics, or CFD, modelling which allow for a more efficient use of teams’ resources.

"I've been a great believer in moving away from wind tunnels which are incredibly expensive items to work with, and developing the CFD modelling far more, which again, is more cost effective. Is it as good? No, it isn't. But if we don't make that step to embrace CFD, we've got no alternative, no major progress is necessary. And people make mistakes and mistakes make more interesting racing," he said.

The former Force India team principal also said that steps need to be taken to reduce the entry-level cost burden in the junior formulae, with potential solutions from the FIA including a formula simulator to replace testing which would offer young drivers track familiarisation opportunities and practice time without the associated costs they have now.

"It cuts down the cost of actually having to go out testing, which can be as much as the budget itself, in terms of what you are doing. So it's that type of thing, maybe some online programmes as well, just generally trying to ease back where the well funded youngsters get an advantage over the not so well funded youngsters, that's really what we're looking at," he said.

"But it's early days. So it's going to be awhile before we get, you know, played directionally. But those are the types of areas we are looking at."

Fernley also acknowledged the financial impact that the pandemic has had on the sport, and said while F1’s success in hosting 17 races last year showed what was possible, the widespread disruption had sharpened the focus on financial discipline.

"I think that the reduction in revenues has obviously focused peoples’ minds and that's probably where the cost cuts reduction has come into as well, because revenues have been a big hit, quite significantly, in F1," he said.

"That's not going to go away for maybe this year as well. So a little bit more tightening up wouldn’t do any harm. But what I think we do have to give Formula 1 and the teams credit for delivering what was almost impossible in 2020. I think they did an absolutely amazing job to organise 17 races."