The flexi-wing arguments are kicking up a gear over this Monaco GP weekend, with veiled threats of protests and court appearances. What exactly is going on? 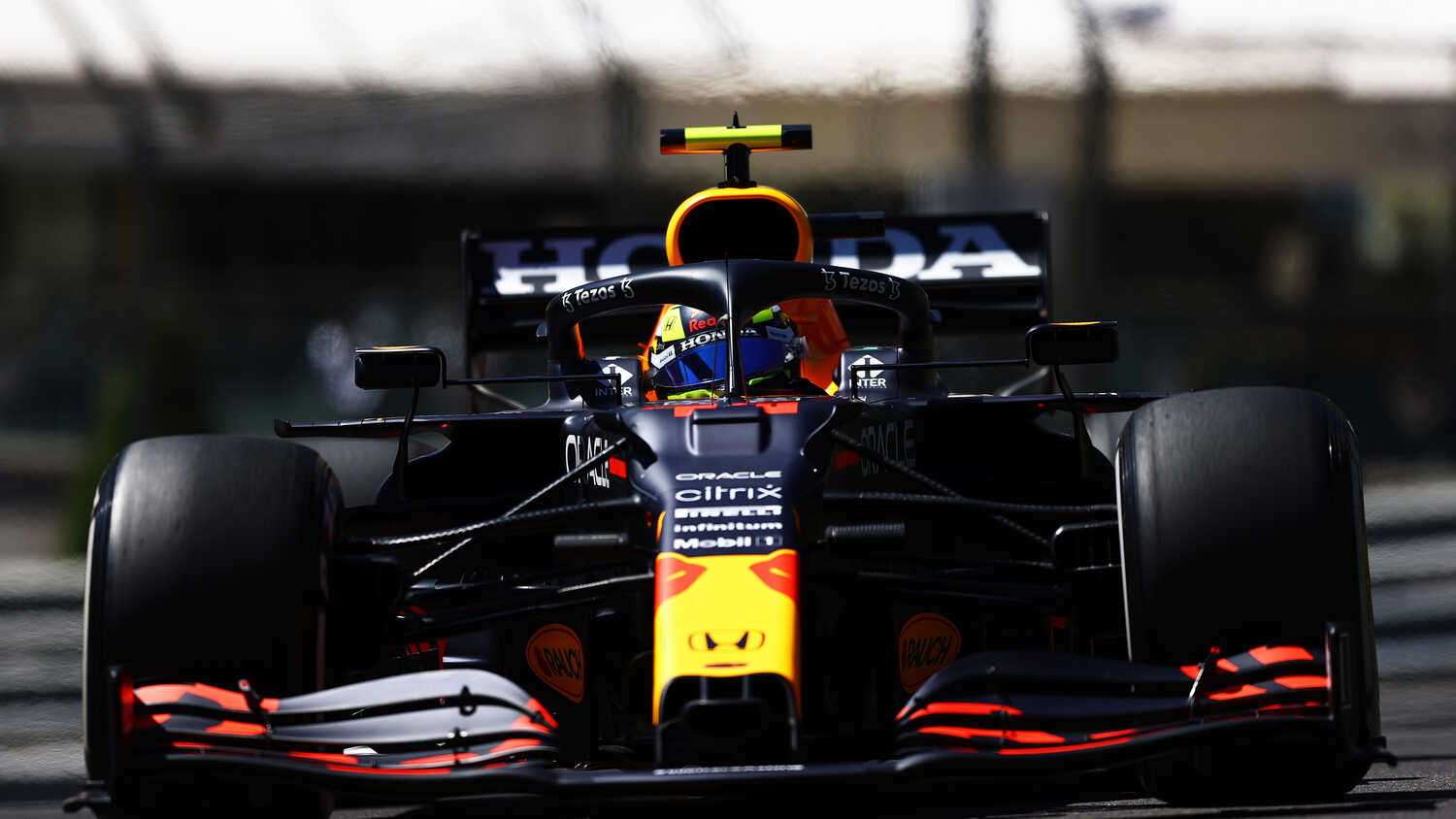 F1's latest technical controversy is rearing its head over the Monaco GP weekend, with the focus being on flexing rear wings on several of the cars.

The rules regarding flexibility of wings is actually pretty clearly defined, under Article 3.8 of the Technical Regulatons, which state "Any specific part of the car influencing its aerodynamic performance must remain immobile in relation to the sprung part of the car."

There are a multitude of tests designed to test this definition, which include applying a force of 'X' amount of newton-metres in 'Y' direction, all of which can be viewed in the regulations. But these tests are carried out when the car is static and sat on a platform being checked by the FIA. What happens when a team figures out how to build a wing that conforms to these tests but, when out on track subjected to 200mph winds, are able to exploit a certain amount of flex?

This appears to be what several of the teams have managed to do. Video footage suggests that its Red Bull as the leading team to have done so, with Alpine, Alfa Romeo, and possibly Aston Martin as the others. All of whom have passed every single test the FIA have submitted their cars to.

But, as seen in the past, sometimes these tests simply aren't enough. Think back to 2019, when Ferrari enjoyed a power advantage over the rest of the field. This was suggested to be down to the team figuring out a way to increase their fuel flow rate beyond the permitted 100 kg/h, but doing it in a way that wasn't detectable by the FIA. Once suspicions were raised, the FIA introduced a second sensor, and Ferrari's engine advantage immediately disappeared.

In the case of the wings, it appears to be a similar situation. Some teams are managing to get around the spirit of the regulations, while simultaneously passing the FIA tests. The regulations allow the FIA to introduce or alter the tests as required, stating "the FIA reserves the right to introduce further load/deflection tests on any part of the bodywork which appears to be (or is suspected of), moving whilst the car is in motion."

This is what last week's Technical Directive has sought to clear up.

The new Technical Directive that clears up the grey area

TD18/21 was issued to the teams, explaining altered checks that will involve the so-called 'pullback test' and the 'vertical load test'.

In both cases, the pressure exerted on the rear wing vertical supports is almost doubled. In the first test, the rear wing is pulled back, while in the second test weights are placed on the support supports. So the idea is that those pillars must be stiffer, and therefore less flexible, to withstand those increased forces.

The issue causing controversy is that these checks are only being introduced after a grace period to allow teams to re-design their rear wing structures. The TD kicks in on June 15, and allows for 20% leniency on permitted flex figures, until July 15 when all leniency is removed.

This is obviously concerning for the teams that have been adhering to the letter of the law, who face the prospect of racing against cars that, technically, are suspected by the FIA to not be 100 percent in compliance with the Technical Regulations but haven't been found guilty of anything.

"It's pretty clear what is happening," McLaren's Andreas Seidl told RacingNews365.com and other select media during Monaco's practice day.

"Therefore we welcome the reaction from the FIA with the technical directive, the basic content of which we are happy with.

"Where we strongly disagree is the timing of the implementation. There is no reason after not just one team had already the advantage of doing things which in our point of view are clearly against the regulations. 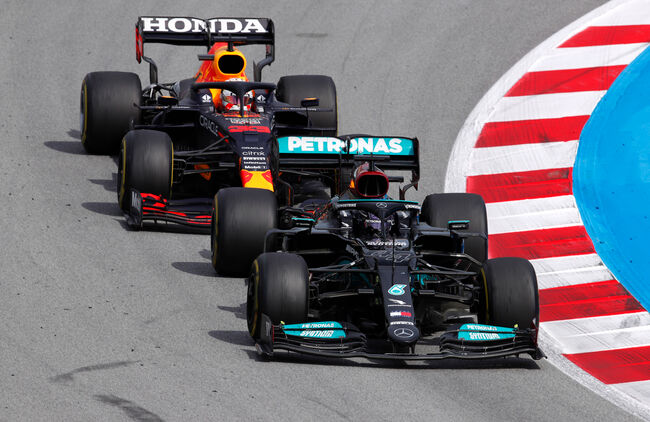 But the 'legal' teams aren't happy..

Mercedes' Toto Wolff added further fuel to the fire, explaining that the W12 adheres to the rules so much that they can actually soften up their rear wing assembly some and still pass the new checks.

Wolff said that the grace period is simply too generous, and that protests against the teams involved are quite likely.

"We're having four weeks to Baku, and it is incomprehensible that within four weeks, you can't stiffen up a rear wing," Wolff said in Thursday's press conference. "For the track that is probably the most affected by flexible rear wings.

"So that leaves us in no man's land, because the technical directive says that the movement of some rear wings has been judged as excessive."

"So teams who would run this kind of wing are prone to be protested, and probably that this is going to go to the ICA (International Court of Appeal) and nobody needs this messy situation."

Red Bull's Christian Horner hasn't been pleased by the finger pointing from Mercedes, and has pointed firmly back at the team's rivals, taking aim firmly at Mercedes' front wing similarly flexing in onboard footage.

"I think you build a car and design a car around the regulations, the car passes all of the tests, all of the FIA tests," Horner explained to Sky Sports F1.

This issue isn't one that's likely to go away any time soon. Last season, Racing Point spent most of their season being protested over rear brake ducts that contravened the Sporting Regulations, but not the Technical Regulations, leading to a ridiculous situation where, after an initial points deduction, the team would be protested, investigated, and immediately be given no punishment.

At the moment, it's a case of Schrodinger's Rear Wing, where some of the rear wings being used are simultaneously legal but also possibly illegal if a different testing method was used.

Wolff explained that the situation is merely incendiary in terms of legality, saying: "Delaying the introduction for whatever reason leaves us in a legal vacuum. It leaves the door open for protests. It’s not only us but it’s probably two other teams that are most affected. Maybe more.

"Obviously a protest could end up in the ICA. So – and that is a messy situation. It can take weeks before we have a result. And we should not have ended in this situation if we’re having four weeks to the race that is most relevant in the calendar."

Alpine and Ferrari have both confirmed they will need to make some changes in order to comply with the new tests, while McLaren appear very confident that they are already fully above board.

"The tests mentioned in the regulations at the moment are in place to, let's say, additionally support FIA to check in a straightforward way if
the cars are complying with the regulations," Seidl said.

"But it doesn't mean that only these tests are the criteria as to whether the car is legal or not.

"We hope the FIA shows a very strong hand and it is simply not acceptable because it puts the teams who comply with the regulations at a big disadvantage."

The fuse is lit..