Ecclestone: I told Max Mosley not to throw McLaren out of the championship

Bernie Ecclestone spoke exclusively to RacingNews365 about his relationship with Max Mosley, the former FIA president, who died earlier on Monday 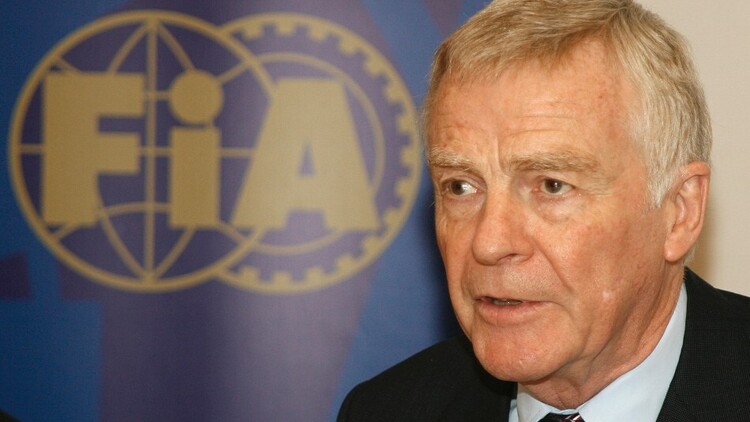 Bernie Ecclestone has revealed that he had to talk Max Mosley out of throwing McLaren out of the F1 World Championship in 2007, when the latter was president of the FIA.

Mosley, president of the FIA between 1993 and 2009, died earlier this week at the age of 81. He had been suffering from cancer. Mosley, together with Ecclestone, ruled F1 for almost 30 years in their respective roles with the FIA and Formula 1 and the pair formed a close bond as their personalities melded together well.

"I spoke to him a few days ago, I suppose," an audibly upset Ecclestone exclusively told RacingNews365.com from Gstaad in Switzerland,

"He wasn't in good shape. I used to feel bad about calling him and say, 'How's it going?', you know, and I would call him sometimes and say 'have they mended you yet?' because we had that sort of a sense of humor together.

"He knew what I felt about him. And he'd say "we're trying something else now'."

One of Mosley's last big battles in Formula 1 was related to the 'Spygate' scandal in 2007, when a McLaren employee was found to have blueprints of that year's Ferrari at the height of the championship battle.

McLaren would go on to be hit with a massive fine and be prevented from scoring in the Constructors Championship for 2007, and Ecclestone explained that it was only his intervention that stopped Mosley from throwing McLaren out of the championship altogether.

"When the whole thing happened with McLaren, he wanted to chuck them out of the championship for two years," Ecclestone continued. "I said to him, 'You can't do that because [if] you chuck them out, they're gone forever. They will never come back'.

"They can't close down and suddenly open up again. So I said, you know, we'll fine them whatever amount of money they would earn in the next two years. So I calculated that. And I said to Max 'fine them $100 million', which he did.

"I said to Max, 'you can't chuck them out of the championship, silly to do that'. Bloody good team, well organised, well run, there's nothing wrong with Ron [Dennis - McLaren team principal].

"Max didn't get on with him very well. But anyway, Max agreed, when I presented it to the World Council, Max supported it and then said, 'yeah, that's what we do. So we'll fine them $100 million.'"

Away from the racetrack, Mosley was also caught up in a court row with the News of the World between 2008 and 2011. Several UK newspapers had reported on details of a sex party that Mosley had been pictured attending, with the judge ruling that their reporting of a Nazi theme was incorrect. It was Mosley who decided to pursue these papers through the courts, rather than bury his head and hope that the story would die down.

With Mosley stepping down from his FIA presidency in 2009, it was rumoured that Ecclestone had not supported Mosley through the process and disagreed with his actions. But Ecclestone explained that this was not the case.

"I didn't disagree at all," Ecclestone stated. "I was really, really told by almost everyone 'How can you have him being in his position, acting like that?' And, at the time, I never agreed with the people at all. But I didn't support Max.

"I only didn't support him because there was so many people that said I should not be friends with him, all sorts of things. But then I apologised openly to the World Council of the FIA to explain to them that I wasn't too happy that I hadn't supported him." 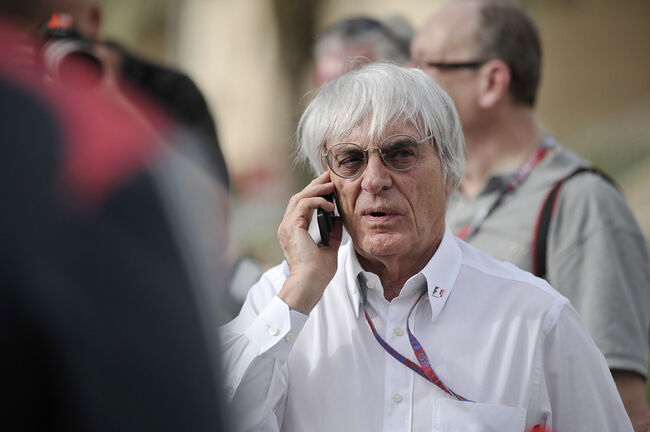 A relationship stretching back 50 years

Ecclestone explained that he had known Mosley for over 50 years, stretching back to the days when Mosley first entered Formula 1 as the 'M' in the March F1 team.

From there, Mosley's prominence grew and grew as he rose through the ranks of FOCA and FISA representation to the FIA to eventually lead the governing body outright. And, through that entire career, it was Bernie Ecclestone's increasing influence that saw F1 burgeon into the global juggernaut it is today.

"We were a bit like brothers actually," Ecclestone said. "We didn't keep too many, or any secrets between us.

"Anything that had to be done or said, that's what we carried on and did. It was a good relationship. If we ever disagreed on things which used to happen, I would say to Max, 'I don't agree with that. I don't think that should happen' and or the other way round.

"I trust people until I find I shouldn't and then look out, then I get a bit upset. But up until that time, I'm very happy to trust people. But Max was quite special that I trusted him with..we had lots of things together that was a little bit special."

Interview
Exclusive with Alexander Albon: Verstappen is so good, he doesn't need politics
24 June 8:00AM
0 comments

Interview
Albon makes no bones about it: Difficult to watch F1 this year
23 June 1:00PM
0 comments