Valtteri Bottas was left confused by the track limits situation during practice at the Losail International Circuit. 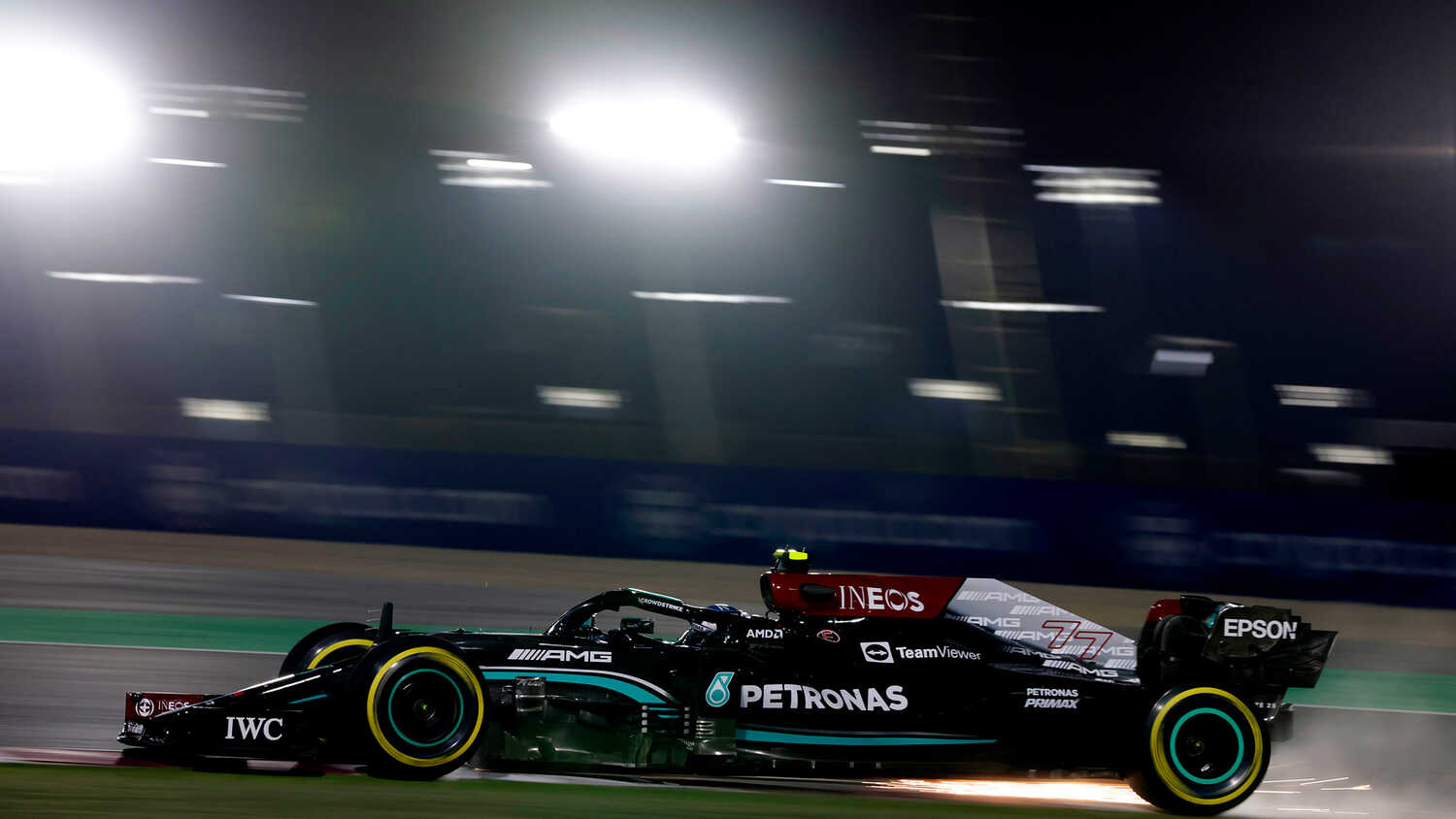 Valtteri Bottas expects track limits to be a major talking point as the drivers assemble for their usual pre-weekend briefing at the Qatar Grand Prix, after he was left confused by the changing restrictions in practice.

Bottas comfortably set the pace during Friday's second session at the Losail International Circuit, ending up with a time of 1:23.148 on the Soft compound tyre, after a previous effort (just 0.006s slower) was deleted for track limits.

With adjustments to track limits being made between FP1 and FP2, Bottas was caught by surprise when his lap was deleted for running wide at Turn 7, with his engineer stating that the rules were "changing all the time".

"I didn't know what was allowed"

Bottas then sent a radio message directed to FIA Race Director Michael Masi, saying: "It would have been nice to know before."

After the session, Bottas took a moment to explain his confusion, commenting: "Because all the run-off is tarmac, it's quite easy to go off and gain time.

"Even in some of my fastest laps, I had confusion. I didn't know what was allowed and what wasn't!

"I'm sure it's gonna be a talking point in the drivers' meeting today. It's just the nature of the track really and that's creating issues."

"Not far off the sweet spot"

Bottas enjoyed his first day of driving in Qatar and said his car felt competitive from the outset.

"Today started nicely with the setup. The balance was pretty good in [first practice], [with] only minor tweaks to be done for FP2," he said.

"I would say that's an ideal way to start a weekend on a new track. I think the team did a really good job on the guesstimation of the setup and it's not far off the sweet spot.

"Obviously there's always work to do and even driving-wise, [with] two sessions, you can't yet find all the speed there is available, so for sure we'll keep working."

Asked if this means he is the favourite for pole position, he responded: "It was good practice, but it is practice. We tried to learn as much as we could, but the pace seems OK.

"It's hard to make conclusions from today, but at least, like I said, the feeling was OK and that's promising for the rest of the weekend."