Alpine boss: No Le Mans starts for Alonso or Ocon

Fernando Alonso has been a regular participant at 24 Hours of Le Mans in recent years. The Spaniard was even triumphant in 2018 and 2019, but according to Alpine CEO Laurent Rossi, neither he nor his young teammate Esteban Ocon will be appearing at the famous endurance race anytime soon. 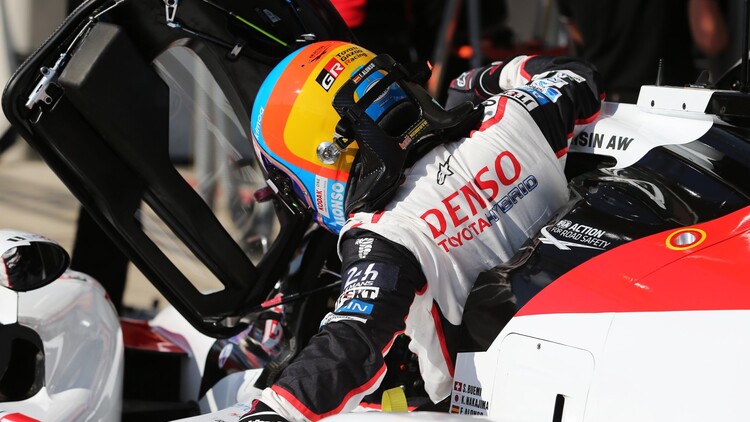 Alpine CEO Laurent Rossi has dismissed the possibility of his two drivers racing at 24 hours of Le Mans anytime soon, citing the need to focus solely on Formula 1.

While the boss refuses to completely rule it out as a possibility, it does seem as if Fernando Alonso and Esteban Ocon will both have to wait a little while if they wish to target the famous endurance race in the future.

"At the moment they are focused on Formula 1 and only on Formula 1. That is a lot of work," Rossi told the media.

"We're not ruling out the possibility that some of them might pull out under certain circumstances at some point, but at the moment, we're not mixing the two series."

Fernando Alonso, who returns to the F1 grid this year, is a two-time winner at Le Mans, most recently of all in 2019. Ocon, by contrast, has very little in the way of sportscar experience.

Nevertheless, if Rossi is to be believed, neither driver will be entering the race for 2021 at least.

"We cannot afford to create something like a distraction for the drivers. If it turns out to be feasible, we could consider it, but that's not the plan today", the Frenchman concludes.

For Alpine, the challenge may instead be to keep Alonso away from Indianapolis this season, rather than Le Mans. The 39-year-old only needs to win the Indy 500 in order to complete the historic triple crown of motorsport.

However, it isn't yet clear whether Alpine would permit him to race around the iconic oval in the same way that McLaren allowed him to back in 2018.