Lewis Hamilton continued to set the pace during second practice for the Saudi Arabian Grand Prix. Check out the full results from FP2 at the Jeddah Corniche Circuit below. 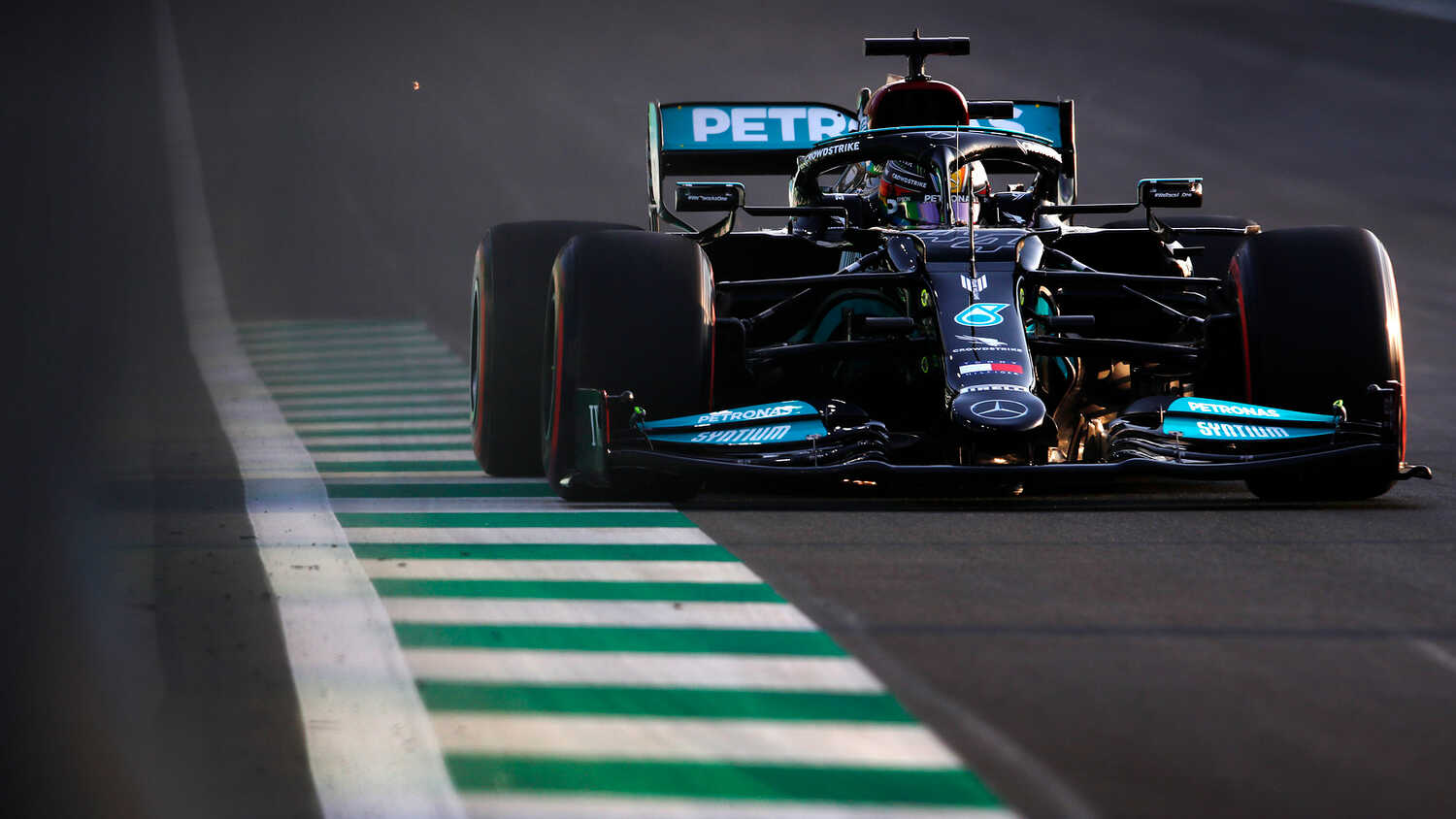 Lewis Hamilton led teammate Valtteri Bottas in a Mercedes 1-2 during second practice for the Saudi Arabian Grand Prix at the Jeddah Corniche Circuit.

Driving under the floodlights, Hamilton posted a time of 1:29.018 - the best part of a second quicker than his FP1 benchmark - to edge out Bottas.

Pierre Gasly completed the top three for AlphaTauri, with Red Bull's Max Verstappen fourth after the championship leader struggled to get a clean lap in on the Soft tyres.

The session was ended a few minutes early after a high-speed crash for Charles Leclerc at Turn 22, from which the Ferrari driver walked away.

The full results from FP2 for the Saudi Arabian GP can be seen below.