Mercedes boss Toto Wolff has said that the last lap of the Abu Dhabi Grand Prix was akin to Diego Maradona's infamous 'Hand of God' incident. 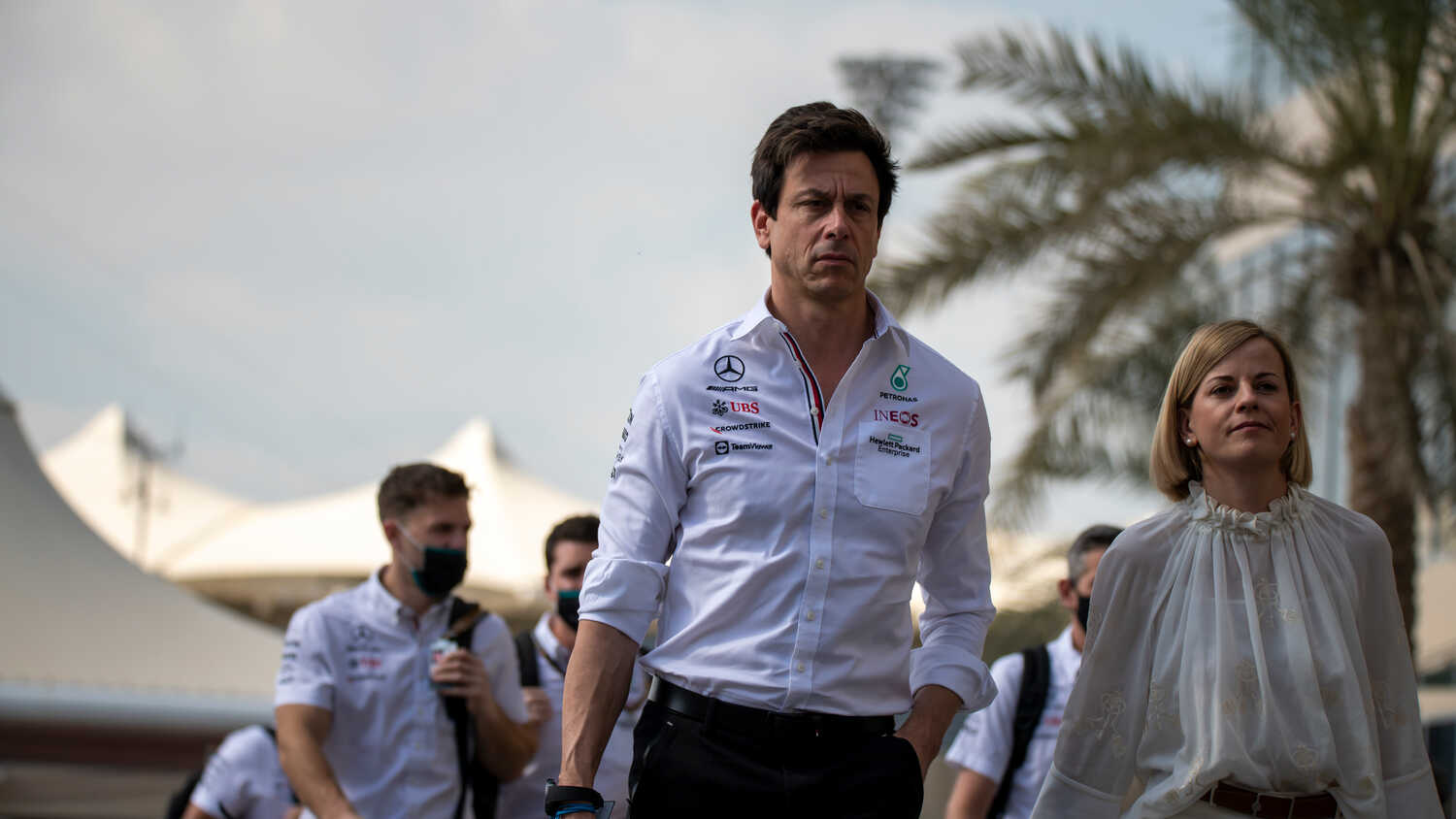 Toto Wolff has said that the outcome of the final lap of the Abu Dhabi Grand Prix was similar to the injustice of the goal scored by Diego Maradona during the 1986 FIFA World Cup.

Maradona scored a goal against England in the quarter-final game, using his hand to control the ball. Despite the obvious handball, he escaped a booking and the goal was allowed to stand as the incident hadn't been clearly seen.

Wolff drew comparisons between that incident and the decision of FIA Race Director Michael Masi to resume the race with a lap to go after getting unlapped cars out of the way of Max Verstappen's path to the leading Lewis Hamilton.

"It is definitely on a par with the 'Hand of God' by Diego Maradona or the Wembley goal from 1966," Wolff said in an interview with Bild.

Asked directly whether Hamilton was cheated out of the title, Wolff said that wasn't the feeling in the Mercedes camp.

"No," he said. "An inconsistent decision by the Race Director took the title away from Lewis."

As for whether Hamilton played a part in Mercedes deciding not to proceed with an appeal against the stewards' verdict over their initial protests, Wolff said that it was a joint decision to drop the action.

Wolff admitted that the feeling of helplessness was particularly unwelcome, in light of the appeal going before the very governing body that made the decisions that went against them.

"The FIA would have been a defendant and a judge at the same time," he said.

"This releases a feeling of powerlessness. Just like on Sunday in the last lap, that's how I felt as a child."

As for how he feels, almost a week on from an outcome that was particularly stressful for the Mercedes team, Wolff said he is still suffering.

"Lewis and I are still completely disaffected. My heart and soul still cry with every pore," he explained.

"When the principles of sport are disregarded and the stopwatch is no longer worth anything, one begins to question whether all the work, blood, sweat and tears are worth it."