Why Mercedes won't dominate Formula 1 in 2021

There's plenty of reasons to believe that Mercedes can be overcome in 2021, and that their dominance might finally end.. 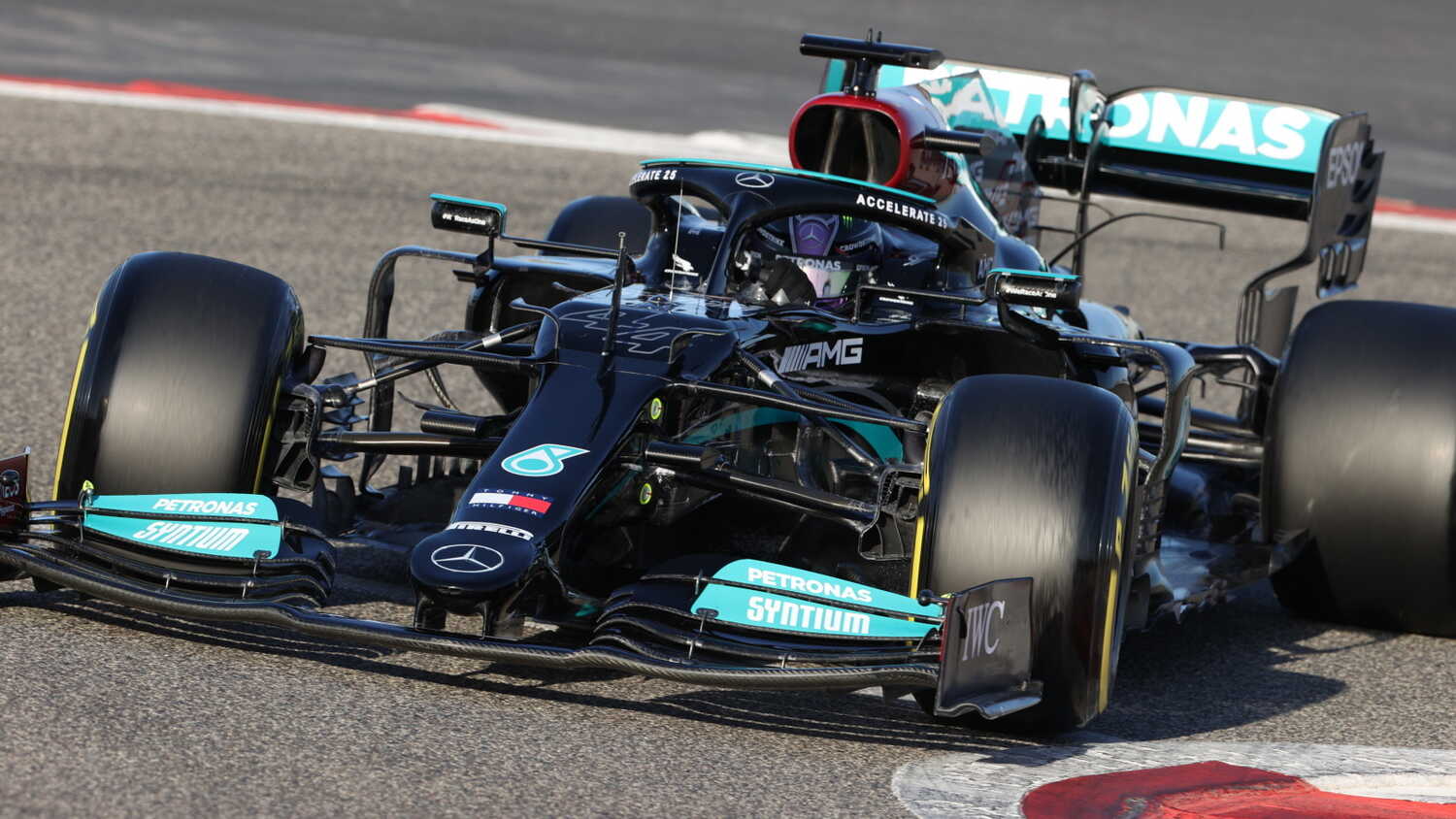 Despite Formula 1 using, essentially, the same cars as last season, that doesn't guarantee that Mercedes will continue to dominate in 2021. While the W11 was the class of the field, there's plenty of reasons to believe that Mercedes might have been caught up on for this year.

Final year of the current regulations

2021 marks the final year of the current technical regulations before widespread changes that fundamentally change Formula 1 next season.

This year, then, is the culmination of more than four seasons of these aerodynamic regulations. The law of diminishing returns means that slower teams should, therefore, close the gap on the front with Mercedes starting from a higher performance window.

Added to this is the fact that this year sees the introduction of a sliding scale for aerodynamic testing, wind tunnel time and CFD testing. Mercedes will have 22% less aero testing time than 2020's lowest placed team, Williams.

Teams also have to start developing for the 2022 regulations and, with a budget cap now also in place, even giant teams like Mercedes will have to start a delicate balancing act of preparing for 2022 as well as ensuring the '21 car is up to scratch.

“The ideal situation would be to have a car that is so brilliantly fast, you can almost turn your back on it immediately and focus on the next one,” said James Allison ahead of pre-season testing.

“We will walk a tightrope all year between doing enough to be competitive in 2021 and putting as much as we dare into 2022. Doing so in the face of both the cost cap and the completely new 2022 technical regulations will be a challenge like no other.”

If the W12 comes along and smashes everybody to pieces in Bahrain, then Mercedes will have that luxury. However, pre-season testing suggested the new Merc is proving tricky with an unstable rear end.

It's important to remember that the original aerodynamic philosophy of the W12 came about during the design process in 2019 when the team designed the W11.

Part of what made the 2020 car so dominant was its predictability and stability, with the immense rear downforce enabling Lewis Hamilton and Valtteri Bottas to keep the foot planted.

The 2020 car, as a package, was not designed for these regulations and, just because it all worked well last year, it doesn't guarantee the same level of performance this year.

The changes to the aerodynamic regulations for 2021 specifically reduced this rear downforce, to simplify and slow the entire F1 field as they began to exceed the design capabilities of the Pirelli tyres introduced in 2019.

Despite clawing back a lot of this lost downforce already, Mercedes appear to have lost that precious rear stability as evidenced by Hamilton and Bottas both struggling to control the rear of the W12 throughout pre-season testing.

"We could see that some of our competitors weren't struggling in the same way as us, so we need to put quite a focus on understanding why the rear end was a bit weak," Merc's Andrew Shovlin said.

"How we can get it more stable and predictable and that work is going on now, hopefully when we get to the race weekend it won't be so difficult for the drivers because they were having to work pretty hard to do the lap times that they were doing."

Mercedes' best testing time, set on the softest compound the C5, was 1:30.025. This time was over a second slower set by Max Verstappen's Red Bull, using the C4 compound. AlphaTauri, Ferrari and Alfa Romeo also all managed faster overall laps.

Starting on the back foot

Mercedes, then, start 2021 trying to catch up on teams like Red Bull Racing, who appear much more satisfied with their evolved RB16B. This car, ironically, lacked rear end stability at the start of 2020 with the team improving this throughout the year.

This development and knowledge might have inadvertently changed the fortunes of the two front-running teams, due to their relative starting positions when the cars were initially developed for 2020.

Trying to close the performance gap to the front while under a budgetary restraint and developing a new car for 2022? These are completely new circumstances for Mercedes and they can't simply spend their way out of it.

While Red Bull Racing are consistent frontrunners and race winners, they usually don't start the year particularly well. Instead, they tend to start slowly and ramp up throughout the season.

This was evident in 2020, with a troublesome RB16 even proving tricky for Max Verstappen on occasion. But, the car was tamed and Verstappen rose to the fore by the end of the season.

This year, Red Bull are starting from a much stronger position after learning their lessons with an unstable rear end in 2020. Heading to Bahrain, they bear the favourites tag. If they are able to maintain their usual upward momentum throughout the season, they could be the ones to dominate.

An all-new Honda engine has been developed, with the Japanese manufacturer putting their all into their final development push before leaving the sport at the end of this season. Already competitive in 2020, the Honda engine might yet end up being Red Bull's biggest strength this year before it's handed over to Red Bull Powertrains for next season.

As well as the new power unit and regulations, Pirelli have also brought along a new construction of tyre to reflect the demands of the aerodynamic forces they expect to encounter by the end of this season. It's yet another change that appears minor but, so far, Red Bull appear to be mastering the change with least fuss.

Added to these technical changes is the additional firepower that Sergio Perez brings to the other seat. Unlike his predecessors Alex Albon and Pierre Gasly, Perez' immense experience and strong personality means he's far more likely to be able to match, and compete with, Max Verstappen.

That means Red Bull firing with both cylinders, rather than Verstappen's usual position of fighting from a position of being outnumbered.

Change in the air at Mercedes

Unlike Red Bull's charge being led by the talismanic and youthful Max Verstappen, Mercedes are reliant on the strength and experience of elder statesman Lewis Hamilton.

The reigning Champion's powers haven't yet waned, but Merc do have to worry about the future. With new regulation changes on the horizon, just how long will Hamilton stick around? His extended contract negotiations recently resulted in only a single year deal.

Does this mean that Hamilton is thinking about packing it in? There's very few records left to break and, if Mercedes' performances have peaked for now, then his desire and motivation could stumble this season.

Mercedes' involvement at factory level has also changed, with Daimler reducing their involvement to almost half of what it was in 2020. Equal shareholding between Daimler, Toto Wolff and INEOS' Jim Ratcliffe means changes above Hamilton's head and, if decisions are made that he doesn't agree with, the harmonious relationship could end.