Where track limits will be enforced at the Russian Grand Prix

Drivers have been warned that track limits will be enforced at two corners for this weekend's Russian Grand Prix, while backing up in qualifying will also be monitored. 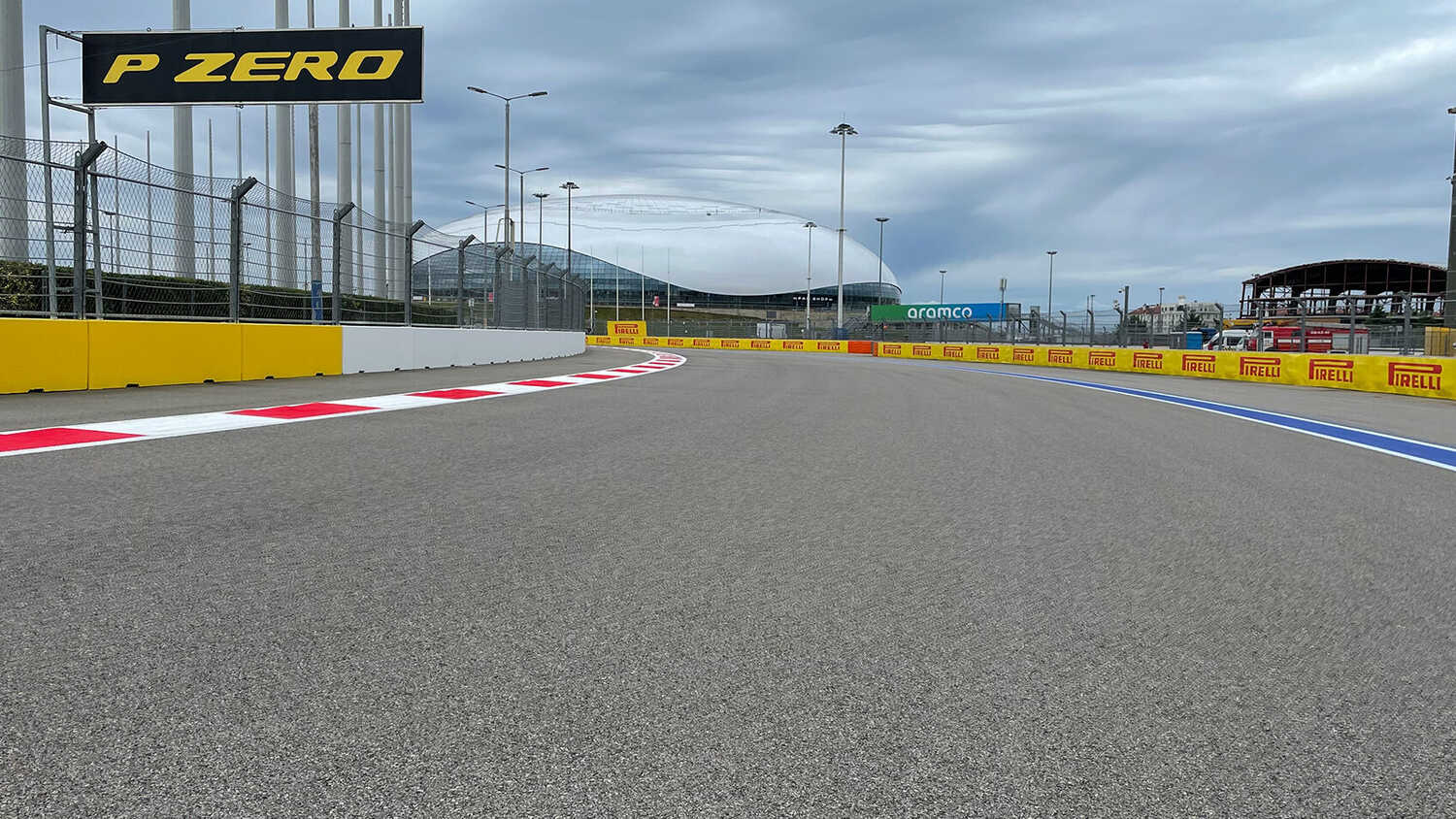 The Russian Grand Prix will begin with FP1 at the Sochi Autodrom on Friday and teams and drivers have been told that track limits will be monitored at Turn 2 and Turn 18.

Track limits were a major talking point early in the 2021 F1 season, and while the controversy surrounding them may have died down since then, they continue to be enforced.

This weekend in Sochi will see race directors keeping a close eye on Turn 2 and Turn 18.

"Each time any car fails to negotiate Turn 2 by using the track, and who passes to the left of, or has any part of the car over the first orange kerb element prior to the apex, or passes completely to the left of the orange apex sausage at Turn 2, must then rejoin the track by driving around the array of blocks as indicated by the arrows before the rejoining the track at Turn 3," wrote Race Director Michael Masi in his pre-event notes.

"A lap time achieved during any practice session or the race by leaving the track and failing to negotiate Turn 2 by using the track, will result in that lap time being invalidated by the stewards.

"A lap time achieved during any practice session or the race by leaving the track and cutting behind the red and white painted kerb on the exit of Turn 18, will result in that lap time being invalidated by the stewards."

Drivers have also been warned about where they choose to lift off in practice and qualifying. Should they drive unnecessarily slowly around Turns 12 and/or 13, they will be reported to the stewards for breaching Article 27.4 of the Sporting Regulations.

Last season saw Carlos Sainz run wide into the run-off area at Turn 2. While trying to rejoin the track by negotiating the marker bollards, the then McLaren driver swerved and clipped the wall at high speed, ripping off his front-left wheel and ending his race.