What is Aston Martin's complaining all about?

Aston Martin have spend most of the early season complaining about how their performance has been unfairly hampered by the tweaked aerodynamic rules. What exactly are they complaining about? 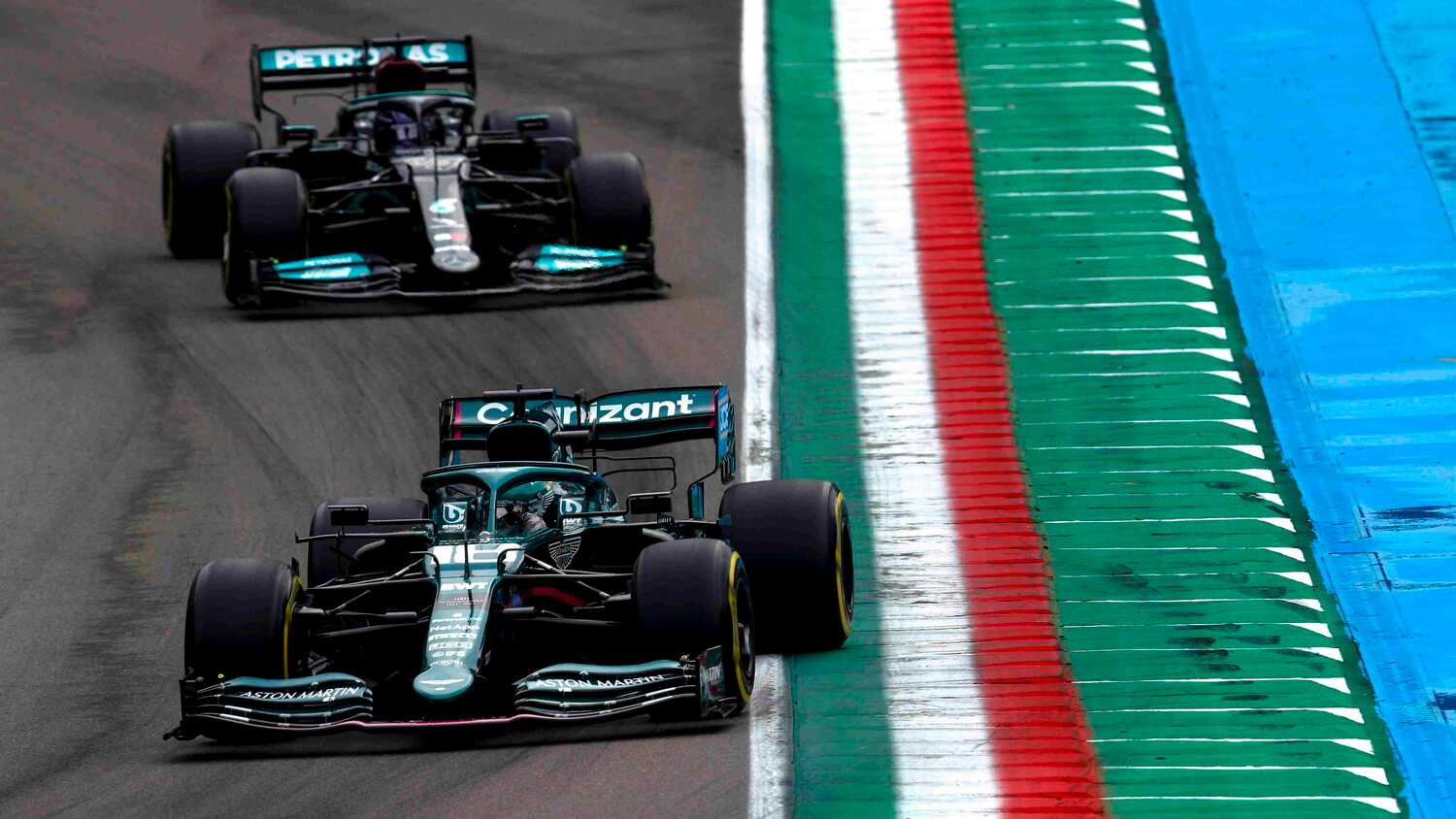 Aston Martin have been particularly vocal in the early stages of the 2021 Formula 1 World Championship, complaining about the the new aerodynamic regulations, as well as the nature of how they were introduced.

This came to a head over the Emilia Romagna GP weekend, with team boss Otmar Szafnauer hinting that the team might even consider legal action against the FIA over how the regulations were introduced.

Having spent the Bahrain GP weekend complaining about the effect the aerodynamic changes had had on Aston Martin's competitiveness, Szafnauer ramped it up on Friday at Imola during a TV interview.

"I think the right thing to do is to have a discussion with the FIA and find out exactly what happened and then see if there's something that could be done to make it more equitable," Szafnauer told Sky Sports.

The Aston team boss went as far as to say the team wanted a mid-season rules change to rectify the change: "I think this year you'd have to [change the rules], because next year this doesn't apply. I think that's the right thing to do.

What's their complaint all about?

Over the winter, Formula 1 introduced technical changes to the cars in an attempt to reduce the rear downforce levels. This was done in conjunction with Pirelli, who wanted to slow the cars slightly as a result of the ever-increasing downforce levels starting to push the limits of the tyre construction.

In 2020, the tyre construction used was the 2019 construction carried over, as the teams rejected the new compounds. Carried over again into 2021 without a rules change would have meant more than two years of aero development work being put through tyres originally designed for the 2019 aero regulations.

This was a major safety concern, so the aero regulations were tweaked in order to reduce the pressures being put through the tyres. In light of the COVID-19 emergency measures, these regulation changes were rubberstamped by the World Motor Sport Council without ever going to a formal vote amongst the teams.

Instead, just an indicative vote was held, with Szafnauer explaining this was done amongst a technical committee from all the teams. Seven of the ten teams voted for the changes, with Aston and Mercedes (as the low rake teams) and, reportedly, Alfa Romeo (as a high-rake team) the only nay-sayers.

Far from unanimous, but the regulation change went through anyway, as there was no guarantee Pirelli would be able to make the necessary construction changes required given the pandemic circumstance.

Shortly after this decision, Pirelli confirmed they would be able to push forward with their new construction tyre anyway, meaning the tweaked aerodynamic regulations were no longer absolutely essential on safety grounds.

The timing of this decision, together with the pushed through regulations, seems to raised Szafnauer's shackles, questioning the motive behind the decision making and whether there was a hidden agenda to change the pecking order (ie. hamper Mercedes first and foremost).

Most of the issues surrounding Aston Martin have centred around their 'low-rake' philosophy. This refers to the car's overall angle of attack, with low-rake meaning the floor of the car is roughly level with the ground.

High-rake, like the Red Bull, means the rear of the car is higher from the ground. This results in more air underneath the car, acting with a bigger diffuser effect and thus more rear downforce.

Was this a foreseen or unforeseen consequence? Certainly, not much was made of the changes until the first race of the season in Bahrain which is when Aston (and Mercedes, to a lesser extent), finally admitted to how badly they had been affected by the rule change.

Aston went from being race winners in the tail end of 2020, to struggling to make Q3 over the winter, despite the field running the fundamentally same car. Mercedes have also suffered, with their clearly dominant W11 making way for a still highly competitive W12, but having had their clear pace advantage wiped out.

Worse for Aston, there's no easy solution. The performance token allocation for teams to make changes over the winter prevented Aston from modifying their aero philosophy, as they spent their tokens on modifying their survival cell.

"[It's] the first time ever that I can remember, in my 24 years of the sport, where we've had to homologate the suspension due to the COVID regulations," explained Szafnauer to media, including RacingNews365, over the Bahrain weekend.

"You could only change it if you actually used your token spend on suspension. So even if we wanted to run 150 millimetre rear ride height, we can't." 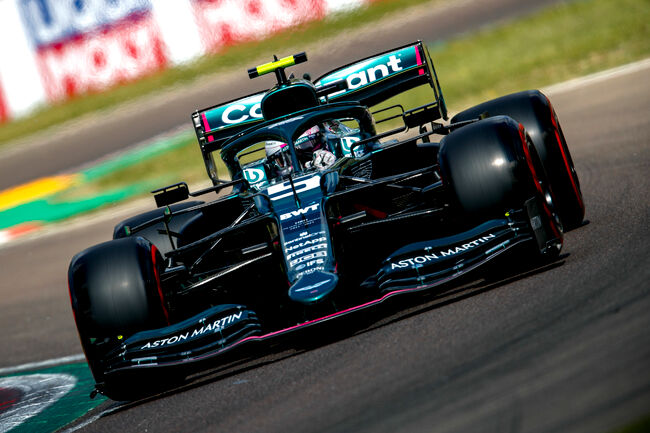 The irony of the situation for Aston being trapped in this position of running with an uncompetitive car, is that they only switched to a low-rake philosophy for 2020 as they copied the 2019 Mercedes.

Last year, the Racing Point RP20 caused uproar for how similar the design was to the 2019 Mercedes W10, with the team admitting they had borrowed heavily from their engine supplier's design.

The idea, however you feel about the ethics of it, was a good one. The design was supposed to be a stop-gap, short-term way to success before the introduction of the brand new, revolutionary 2021 regulations. When COVID struck, these regulations were pushed out a year.

This has forced Aston to continue running with the same design for another season, essentially running a 2019 Mercedes W10 that has slowly been Frankensteined into a beast the team don't really seem to fully understand and, even if they do, can't do much to change.

Aston took a gamble on copying a car design for 2020, and the unforeseen circumstances since then have resulted in that design slowly getting away from them.

What's next for Aston?

Despite Szafnauer's bluster, there's little the team can do about it now. No doubt driven on by Lawrence Stroll's unhappiness at seeing his newly rebranded Aston Martin cars languishing in the lower-midfield, Szafnauer's comments at Imola were largely met with mirth and disbelief.

Red Bull Christian Horner was particularly gobsmacked by his comments, branding the argument and threat of legal action as 'naive'.

The FIA also didn't seem to find his comments amusing, and Szafnauer's follow-up interview with media on Sunday evening suggested the governing body had moved to soften his cough.

"We've had a couple of meetings with the FIA," Szafnauer told media, including RacingNews365.

"And I think we're, at this point, pretty satisfied that all the correct steps were followed. I mean, we're still in discussion.

"We're just trying to discover what all the steps were, you know, to make sure that it was done properly and equitably. So that's the reason for the discussion."

With Aston seemingly told to stop stirring things up, it looks as though their attention will now have to be on accepting the rule change and simply get on with the task of trying to recover the lost downforce.

Why Aston, and not Mercedes?

With Aston and Mercedes both running the supposedly slower low-rake car, Aston have been the particularly vocal complainant.

Mercedes, by contrast, have had murmurings of discontent but, given their continued competitiveness by taking victories and pole positions already, are clearly happy to sit back and let Aston take on the fight.

Mercedes' boss Toto Wolff has been reluctant to suggest that there was any ulterior motives to the regulation change.

"I think this is a tricky subject because you need to have the full picture before making any comments," Wolff said in Bahrain.

"Since April (2020), there was a bunch of decisions and regulatory changes, tyres were introduced. Obviously, lots of discussion.

"I think the nuances of that is having to really come to a point to say, 'was there any decision that went against a particular concept of car and wasn't there' and I think that needs to be looked at.

"I don't know what you can ask for at that stage of the season [mid-season] so I think we just need to leave it at that."