Video: Go onboard as Perez puts on a show in Dallas!

Sergio Perez got the party started early in the United States with a show run in Dallas. 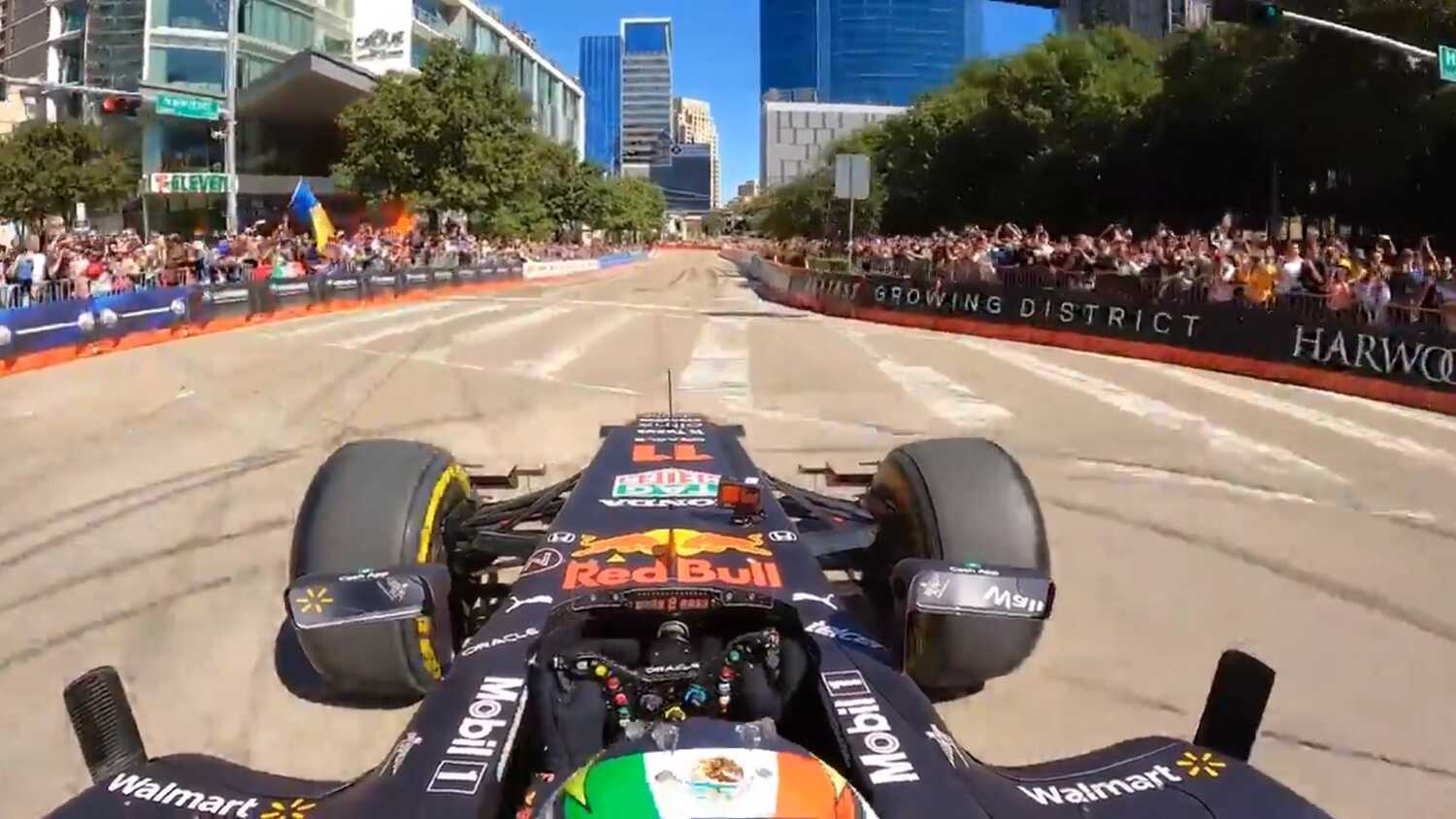 Sergio Perez recently wowed the crowds with a special demo run in Dallas ahead of the United States Grand Prix.

Perez drove a Red Bull RB7 as he took part in his first-ever show run for the team. It also marked Red Bull's first show run since 2019.

Red Bull have now released an onboard video of the run through Dallas' Harwood District.