Red Bull's Max Verstappen was beaming after snatching pole position in the wet conditions in qualifying at Spa-Francorchamps. 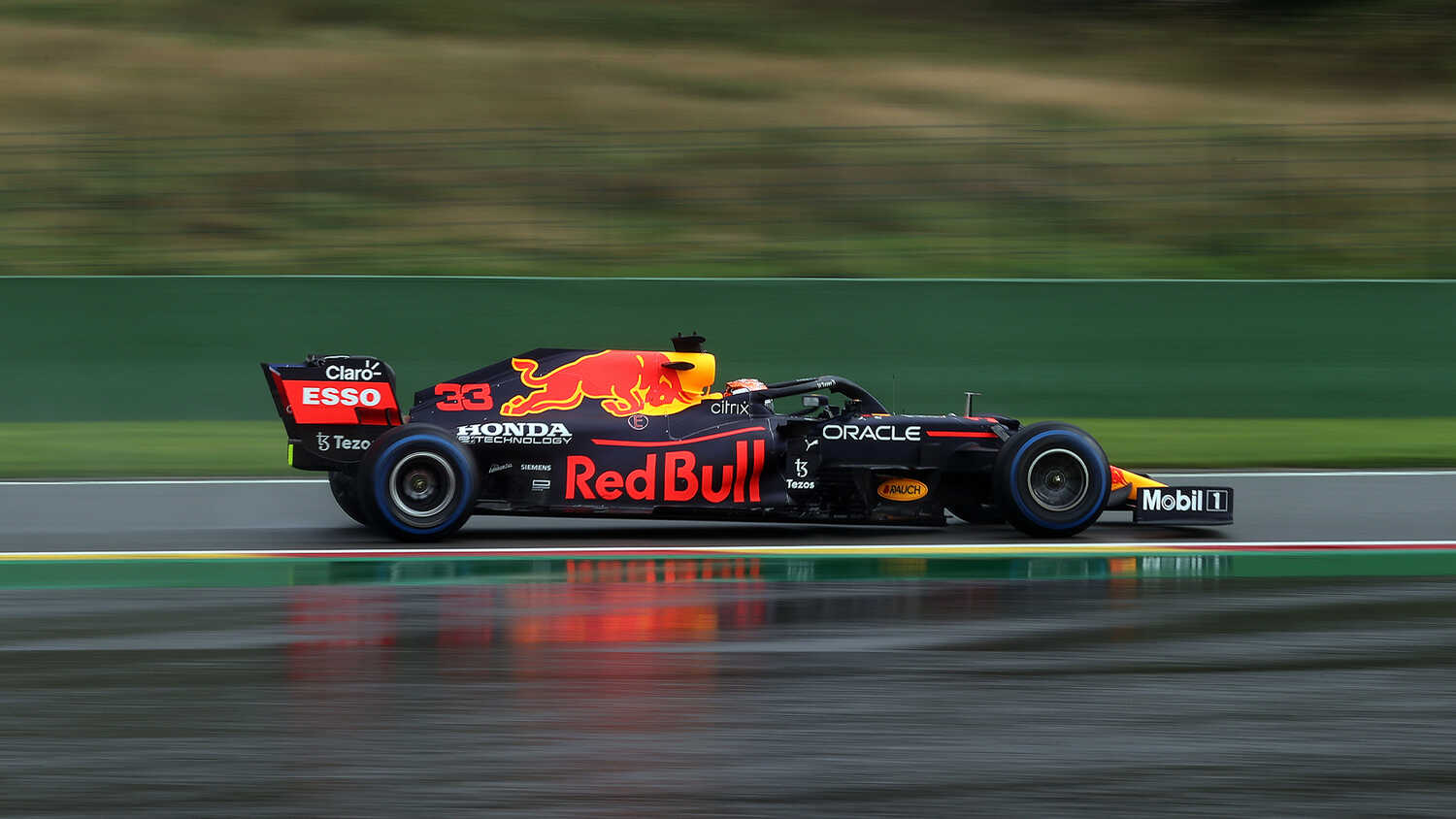 Having taken pole position with his final flying lap in Q3 at Spa-Francorchamps, Max Verstappen was thrilled to be in top spot for the Belgian Grand Prix.

Verstappen crossed the line in the dying moments of the session to beat Williams' George Russell by 0.3 seconds after the British driver had put in an astonishing lap to snatch provisional pole.

"It's been a really tricky qualifying, [it was] hard to keep the car on track. Switching the tyres on as well, at the right time," Verstappen reflected.

He added that the delays caused by Lando Norris' crash early in Q3 hadn't helped with the rhythm of the session.

"It's not easy then to settle in and learn the track conditions again, but at the end we were first – that's, of course, the most important," he said.

"It's an amazing track to drive, but very challenging in the wet.

"As you can see in Q1, a lot of people including myself, who went out on the extreme [Wet tyre], it was just very slow, really a lot of seconds off the pace. So then, naturally, you switch to the Intermediate but, of course, that tyre cannot handle a lot of standing water so, again, there it becomes quite tricky.

"Of course, [I'm] super happy to have a qualifying like this after the break, to have a pole position again."