Max Verstappen has been given a penalty for causing the collision between himself and Lewis Hamilton in Saudi Arabia. 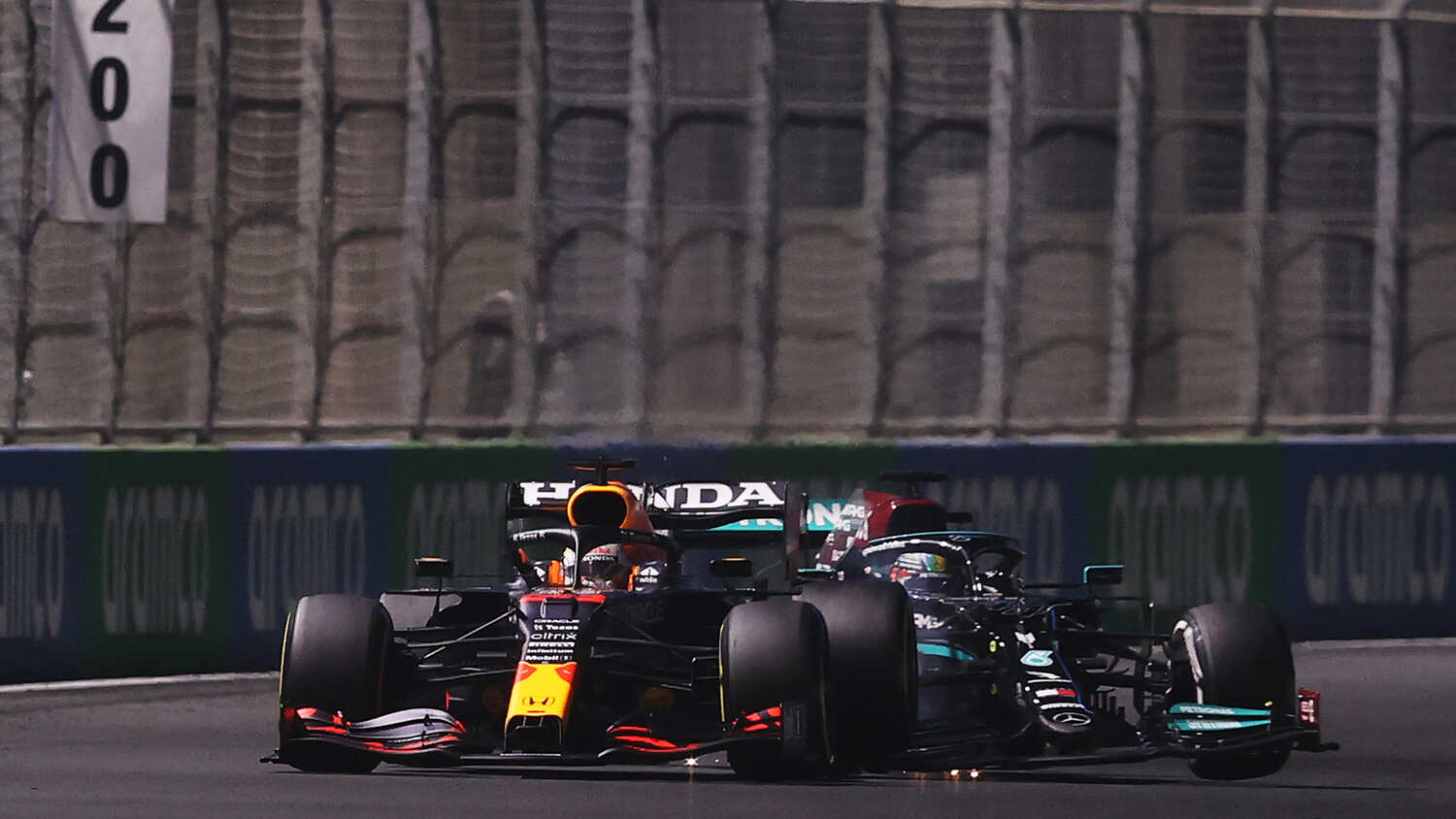 Red Bull's Max Verstappen has been given a 10-second time penalty after being found to have caused the collision between himself and Mercedes' Lewis Hamilton at the Jeddah Corniche Circuit.

The Dutch driver, who finished in second place, has had 10 seconds added to his race time for the clash, although this doesn't change his finishing position.

He was also given two penalty points, which takes him to a total of seven points for the current 12-month period.

Verstappen, as well as Hamilton, were both summoned to see the stewards following the race, after they picked up damage to their cars during the clash.

Verstappen appeared to be trying to cede position to Hamilton down the back straight into Turn 27 when the pair collided, with Hamilton seemingly caught out by the slowing Red Bull.