Verstappen: Hamilton's penalty should have been more severe

Max Verstappen has said that, due to how superior Red Bull and Mercedes are, Lewis Hamilton's penalty should have been bigger than the ten second time penalty he was given. 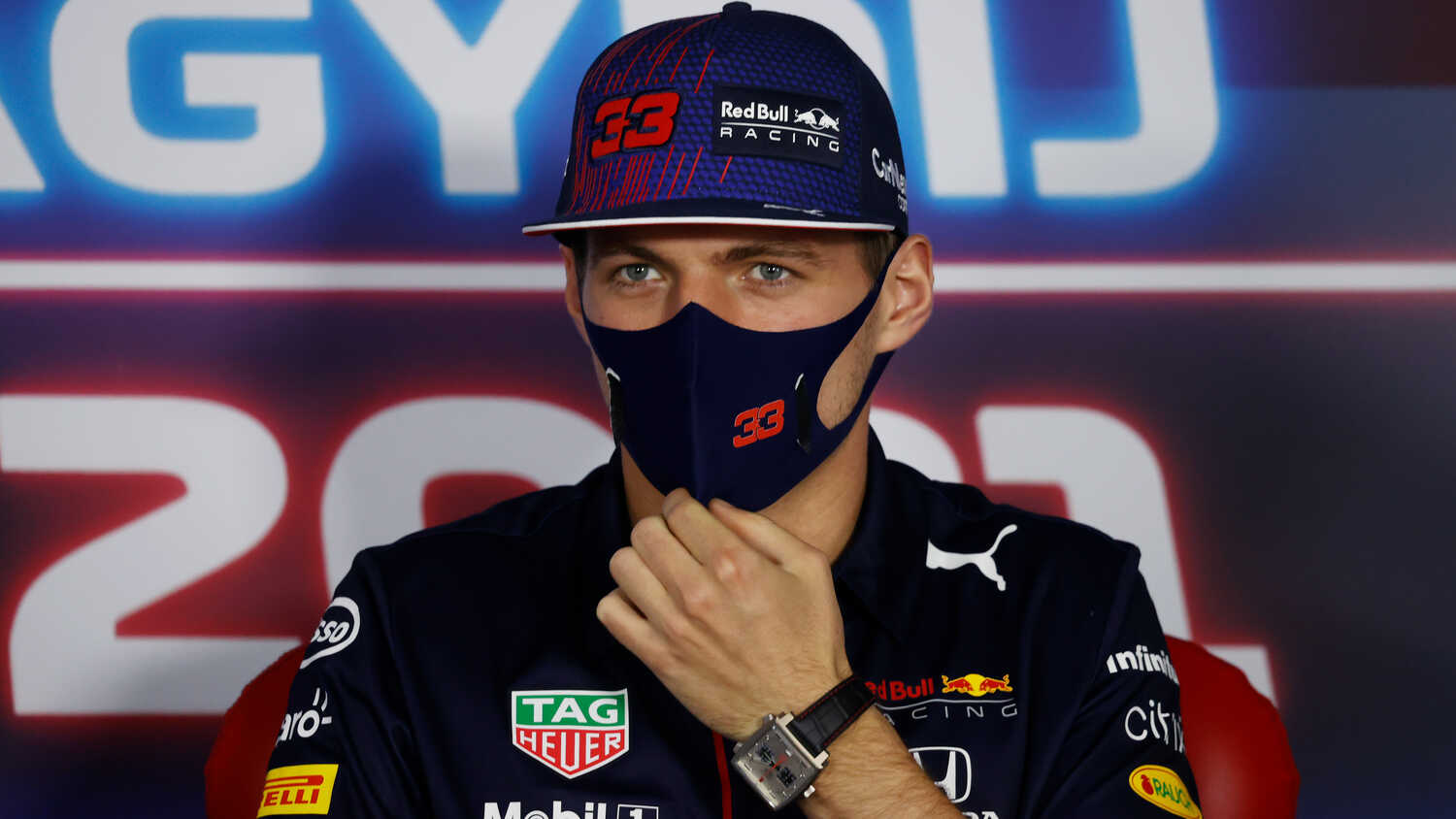 Max Verstappen has explained that he didn't think the ten second time penalty given to Lewis Hamilton for being found predominantly to blame for their crash at Silverstone was sufficient.

The Dutch driver was visibly disgruntled while speaking to media, including RacingNews365, ahead of the Hungarian Grand Prix, and explained that he didn't think a ten second time penalty was enough to suitably punish Hamilton.

"I don't think the penalty was correct," he said.

"Because basically, you take out your main rival and, especially with the speed we have in our cars, we are miles ahead of, let's say, the third best team.

"We are easily 40-50 seconds ahead in normal conditions, so a 10 second penalty doesn't do anything. So, definitely, that penalty should have been more severe."

Asked how he felt a driver should be penalised in such a scenario, Verstappen replied:, "Common sense, I think that's it."

With Verstappen not being completely cleared of blame by the stewards, due to the wording of Hamilton being found predominantly, but not entirely, to blame for the crash, the Dutch driver expressed surprise that the stewards felt he had any blame.

"I don't think I did anything wrong there," he said.

"So, like I said, we were racing hard and, of course, that corner is very fast but I don't know how I have a percentage in that fault. He goes for that move, he commits to the move ,of course, I'm going to make it difficult for him to make the move but, as soon as he commits to the inside and is alongside me, I open up the corner and then I'm going to leave him space.

"So I don't think.. what they expect me to do.. just completely run off the track then and then just keep my position? Probably then, they will tell you that you can't run off the track so, from my side, I'm a bit surprised that there is a little bit of a percentage in there."