Red Bull's Max Verstappen admitted to making a driver error during second practice in Belgium, but was pleased with how his car felt at the beginning of the weekend. 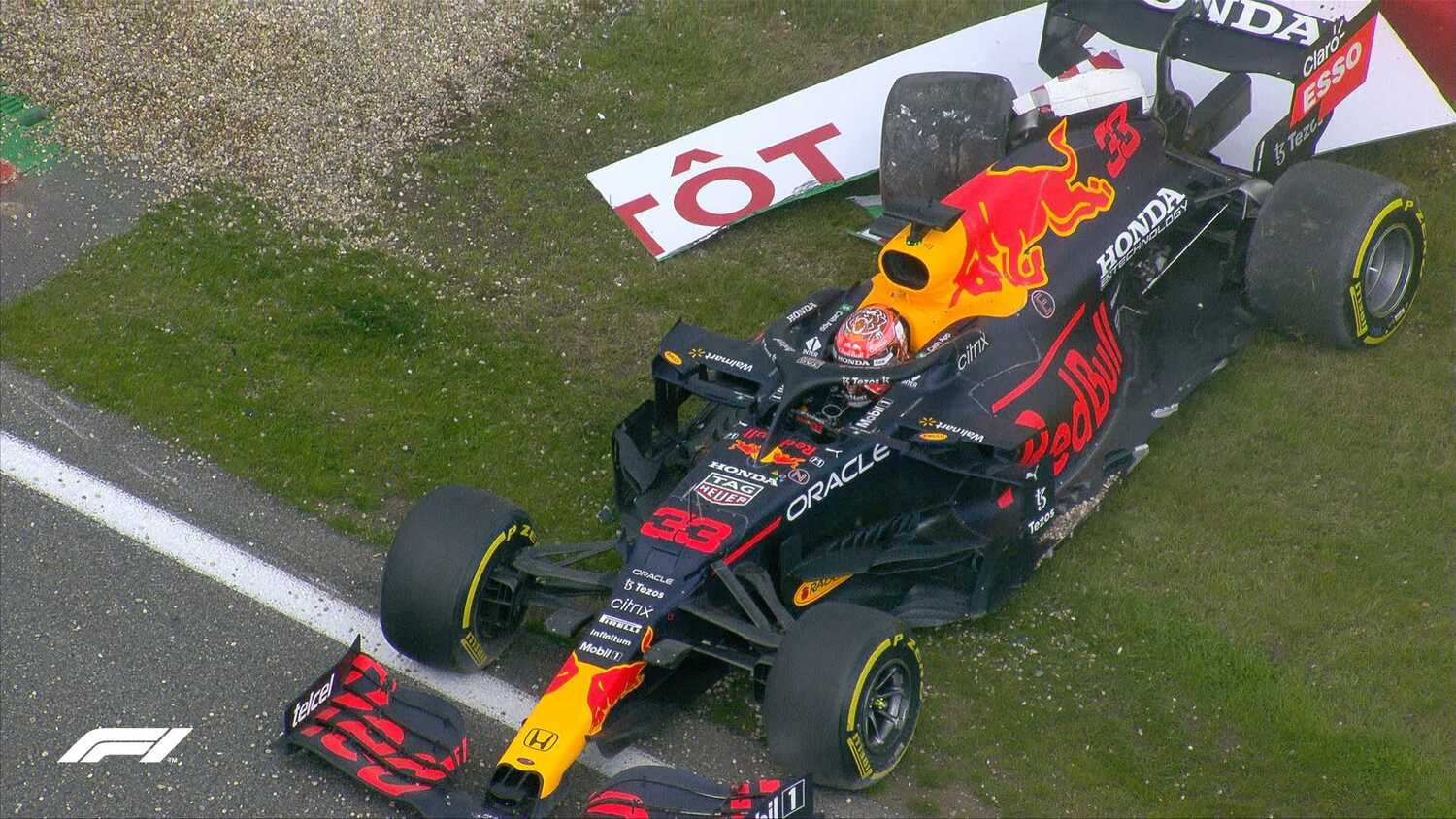 Red Bull's Max Verstappen may have brought out the red flags late in second practice at Spa-Francorchamps, but he wasn't too bothered by his crash.

Verstappen lost the rear of his RB16B exiting Malmedy and clouted the right rear of the car against the barriers in the final minutes of FP2.

Despite not being able to continue under his own steam, the damage to the car was relatively minor, while there won't be any gearbox concerns as he switches to his race unit on Saturday morning.

"I don't know, I just lost the rear," Verstappen said after the session. "[I] did a bit too much oversteer to correct and unfortunately hit the wall."

Nonetheless, Verstappen finished the session at the top of the timesheets after beating both Mercedes drivers by half-a-tenth on the Soft tyres.

Seemingly running a little more downforce than the Mercedes pair, the big question mark for the drivers appears to be choosing an appropriate level of downforce, given that changeable weather conditions are forecast for the remainder of the weekend.

Despite his practice error, Verstappen was pleased with his Friday and said the weather forecast is giving Red Bull something to think about.

"Yeah, I mean, it was good. I think, the whole day, we were quite happy," he explained.

"Of course, [there are] a few things to fine-tune from FP1 to FP2 and overall we're very happy. So I think definitely a very positive start.

"I didn't change anything on my car with the wing. I felt happy with what I had. But yeah, of course, a few things to take into consideration with the weather as well.

"It's difficult to say in the wet, because so far we haven't really driven in it. But I think every day will be a bit like it was today. So definitely [it] will be quite interesting."