Some are good, some are bad, and some are obvious. RacingNews365 takes you through some of the more memorable Formula 1 driver nicknames. 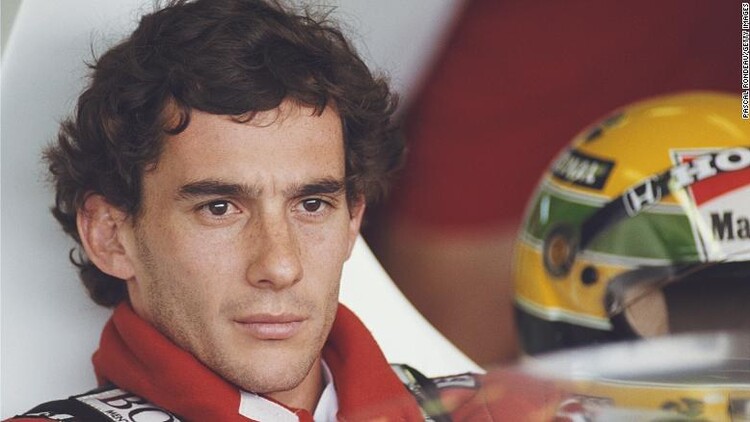 Coined out of admiration, affection, hatred, or something in-between, Formula 1 driver nicknames, like any, tend to stick. From ‘Britney’ to ‘The Rat’, we round up the best and worst this sport has to offer.

Not exclusive to Mika Hakkinen as it could apply to any successful Finnish F1 driver, but it’s certainly most pertinent. Hakkinen won back-to-back world titles in 1998 and ’99 and was described by Ron Dennis as the greatest driver he’s ever employed. 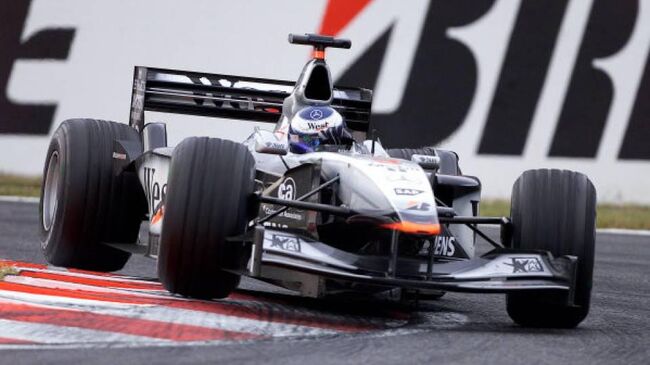 Graham Hill will be forever remembered as 'Mr Monaco'. The Briton navigated the streets of the Principality with precision to claim grand prix victory no less than five times between 1963 and 1969. And the times he didn’t win in that period, he finished on the podium. 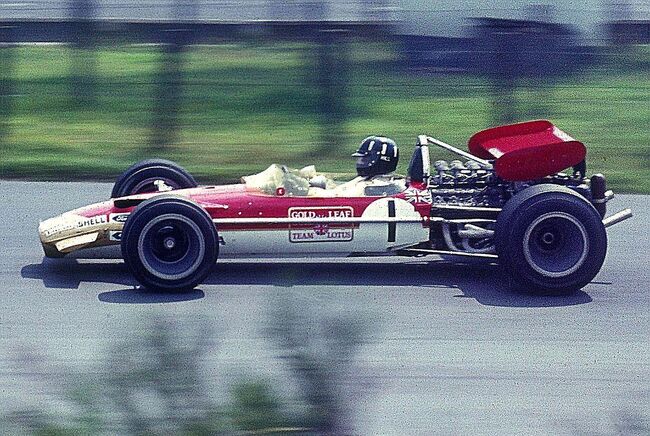 Nigel Mansell has been given multiple nicknames in his career. 'Our Nige' and 'Red Five' were two of them, but the Brit’s best-known nickname would be given to him by the passionate Ferrari fanbase. The Tifosi called Mansell 'Il Leone' which means ‘The Lion’ in reference to his brave and determined driving style. 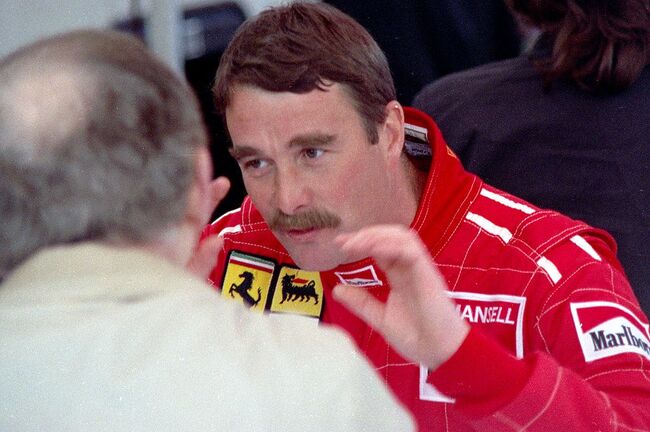 Some drivers inherit nicknames based on their successful performances, but in this case, the opposite was true. De Cesaris caused so much damage during his career that he retired from more races than he finished. Somehow, he competed in 208 Grands Prix and dropped out no fewer than 148 times. 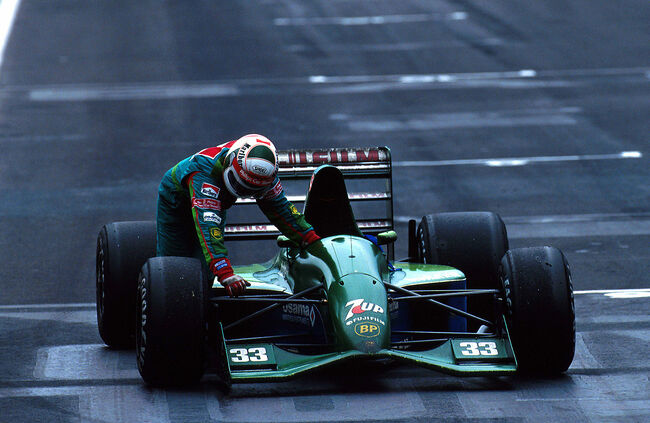 Max Verstappen is now one of the most consistent performers on the F1 grid. However, it wasn’t always like that. When the Dutchman hit the scene, he was regularly involved in incidents and criticised for crossing the line in terms of driver conduct. His aggressive driving style and refusal to concede defeat on the track or off earned him the nickname, ‘Mad Max'. 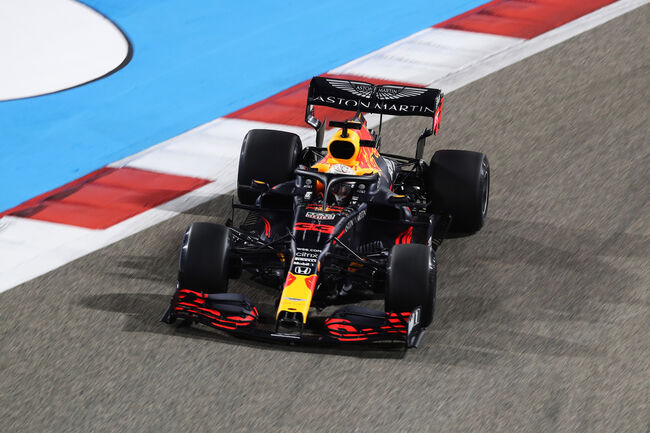 Vittorio Brambilla was born in Monza and got his nickname for his aggressive driving style and broad body. The Italian had the body of a wrestler and former F1 doctor Sid Watkins described his handshake as 'crushing'. 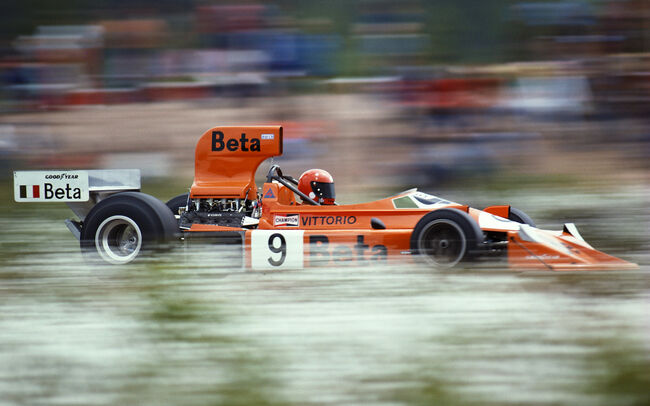 Three-time world champion Niki Lauda was a legend of Formula 1. In his career spanning decades he, like many others, had several nicknames, but was called ‘The Rat’ by a marketing agency because of his teeth. 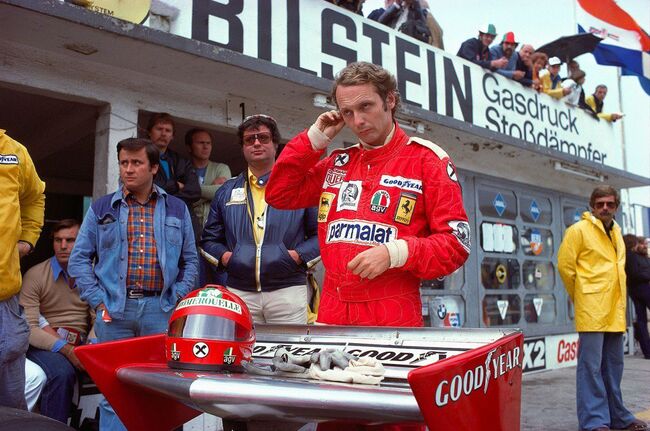 Four-time champion Alain Prost was known for his tactful and calculated way of racing. The Frenchman was perhaps not the most spectacular Formula 1 driver, but tactically very strong and very fast. His driving style earned him the nickname 'The Professor'. 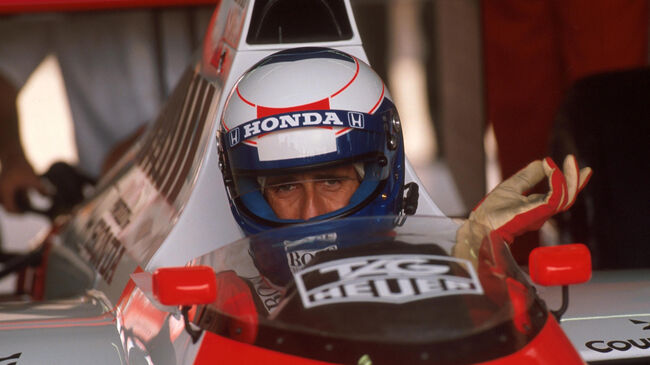 Before the iconic Briton took the world title in 1976, he was known for his devil-may-care driving style. He didn't shy away from anything and loved a fight on the track. As you would expect, this often ended in disaster, hence the name, ‘Hunt the Shunt’. 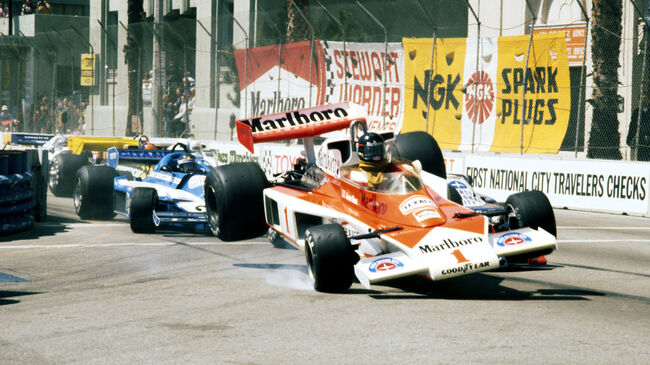 Not all nicknames have to be factually accurate. Sometimes they just sound good. The popular Dutch driver Jos Verstappen - father of Max Verstappen - was nicknamed 'Jos the Boss'. Unfortunately, this didn’t translate onto the track. Perhaps they should’ve named Max after his father. 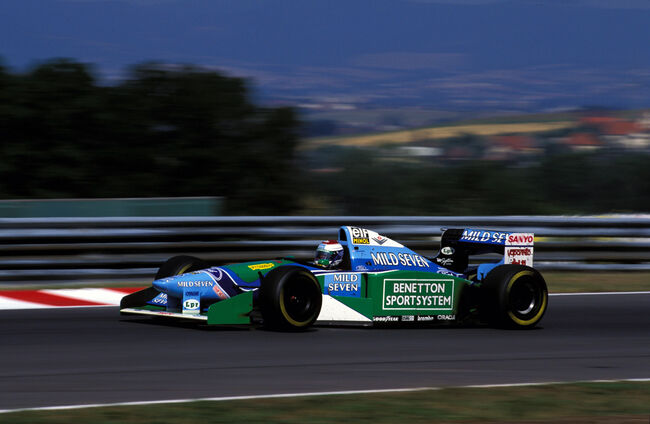 The 2016 world champion owes this nickname to former teammate Mark Webber who called him 'Britney' over the on-board radio in 2006. Webber was referring to the long blonde locks of the German driver. 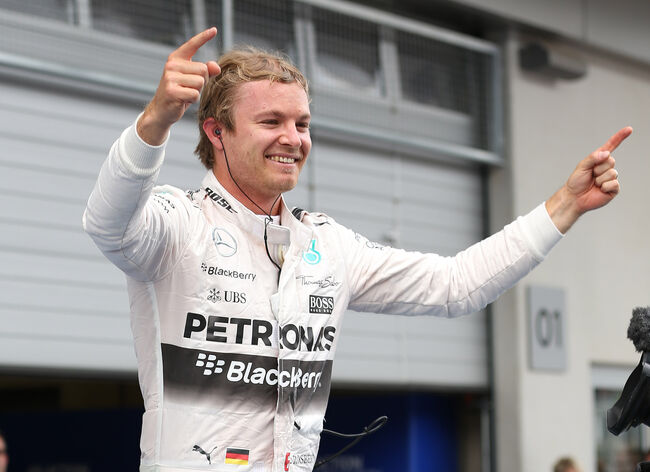 This one is as self-explanatory as it gets. During his time in F1, the Venezuelan regularly created excitement for the wrong reasons, being at fault for multiple incidents and therefore earning the nickname ‘Crashtor’. 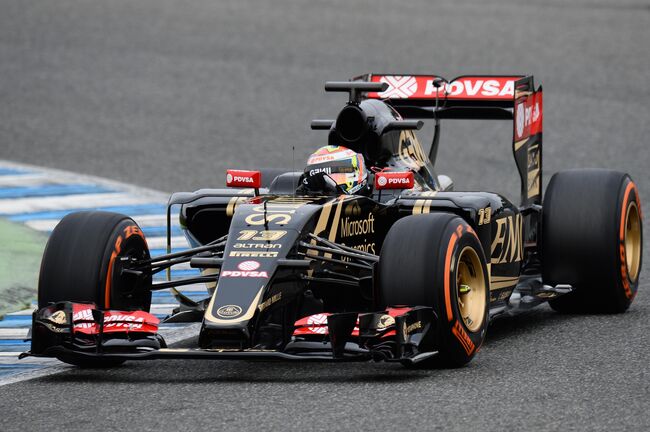 Daniel Ricciardo gave himself his own nickname. Known as 'The Honey Badger', one of the most heroic animals in the animal kingdom, the popular Australian explained his choice, saying: "He looks cute, but as soon as someone enters his territory he attacks mercilessly". 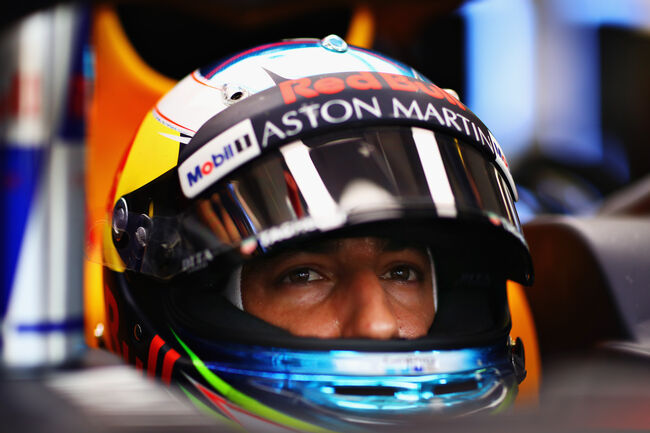 Ayrton Senna is one of the sport's most legendary drivers. The Brazilian was one of the fastest drivers in the rain and this gave him the title of ‘Rain Master’. Look no further than the first lap of the race at Donnington in 1993 to see why. After falling to fifth from the start, the Brazilian lead by the end of the first lap. Truth be told, you could remove ‘rain’ from this nickname. 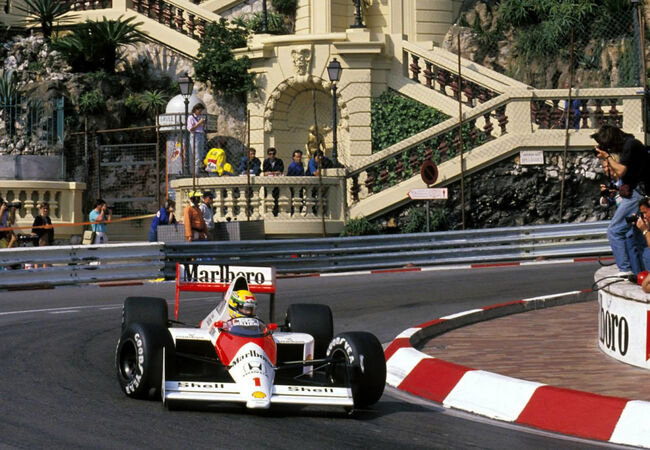 The unflappable Kimi Raikkonen got his nickname from former McLaren team boss Ron Dennis and it's stuck ever since. His emotionless appearance and catchy statements ensure that the Finn is still one of the most popular F1 drivers. 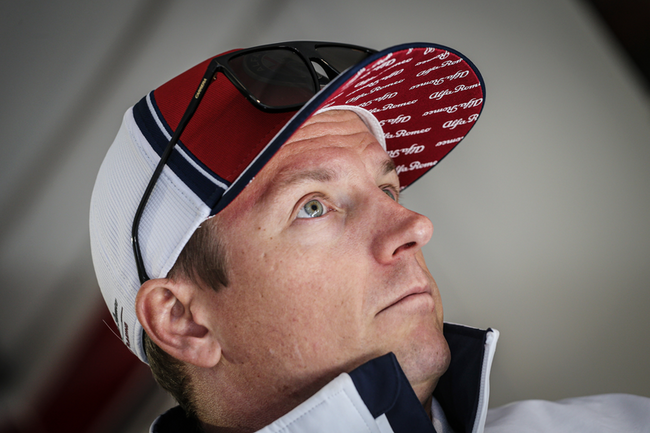 One of the most successful Formula 1 drivers of all time with seven world titles and 91 victories, Michael Schumacher was nicknamed 'Schumi' early in his career, for obvious reasons. 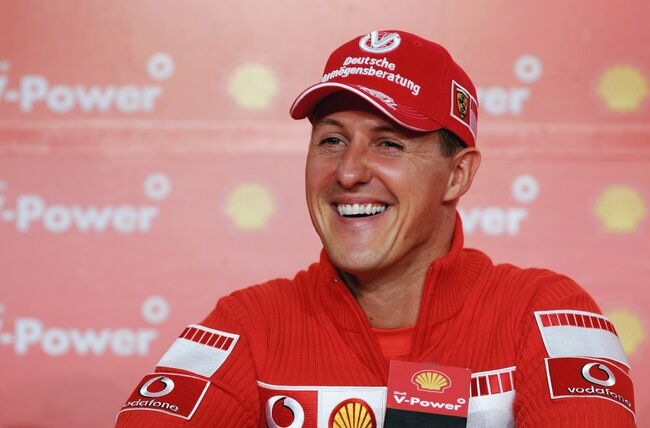 Juan Manuel Fangio was nicknamed 'El Maestro' or 'The Master' by teammate Stirling Moss. The legendary F1 driver won no less than five world titles in the 1950s, making him one of the most successful F1 drivers of all time. 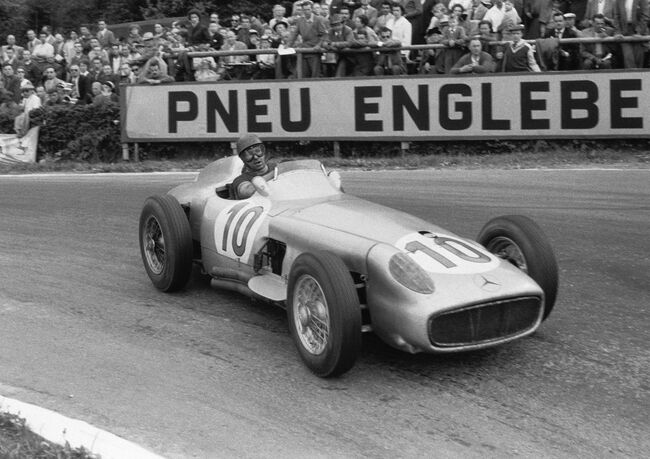 Harsh but funny, Lavaggi loosely translates into English as ‘carwash’, and given the Italian’s largely unsuccessful stint in F1, he was stuck with this nickname. 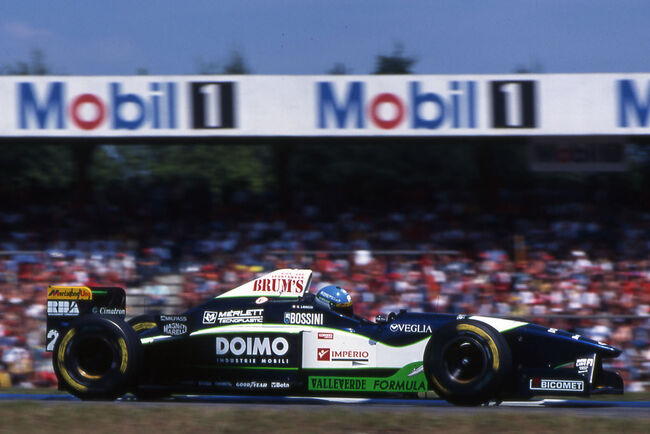