Steiner: No circumventing of rules on Haas 2021 livery

The Haas F1 2021 livery released yesterday has some notable colour schemes in a departure from its previous years, but the team principal says there are no connections to the Russian flag. 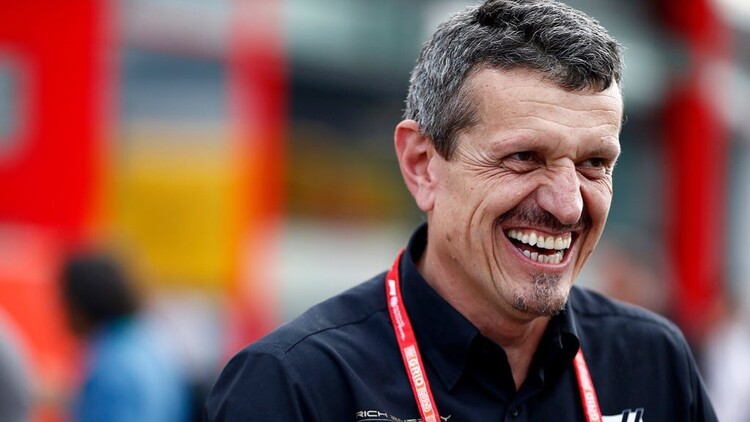 Haas F1 team principal Guenther Steiner has said the team did not circumvent any FIA rules with its new livery for the 2021 season which has drawn attention for its striking similarity to the colours of the Russian flag.

The team unveiled Uralkali, a Russian potash firm majority owned by Dmitry Mazepin, father of rookie Haas driver Nikita Mazepin, as its main sponsor yesterday, and the new colours of the car strongly resemble those of the Russian flag.

The country’s athletes across all sports are currently banned from using the flag or anthem following rulings by the global doping agency WADA and the international court of arbitration for sports, CAS.

"We didn’t circumvent anything," Steiner told RacingNews365.com and other journalists at a press conference.

"We came up with this livery already last year before all this came out from WADA about the Russian flag. Obviously we cannot use the Russian flag as the Russian flag, but you can use colours on the car, and indeed it’s the athlete that cannot display the flag, not the team, the team is an American team."

In response to a question from RacingNews365.com, Steiner added that the team had been in contact with the FIA on issues such as the livery, but he said that the motorsports governing body ultimately was not the ruling authority on the matter.

And while Uralkali has become the team’s title sponsor for this reason, Steiner said there was currently no ongoing talks about Dmitry Mazepin becoming a shareholder in Haas F1.

"At the moment, there is no talk that Mr Mazepin will be a shareholder of the team, the team is owned by Gene Haas and there are no talks about that one," he said.