Steiner: Mazepin was pretty beat up after first lap crash

Haas' team boss Guenther Steiner said that Nikita Mazepin beat himself up 'pretty badly' after crashing out on the first lap of the Bahrain Grand Prix. 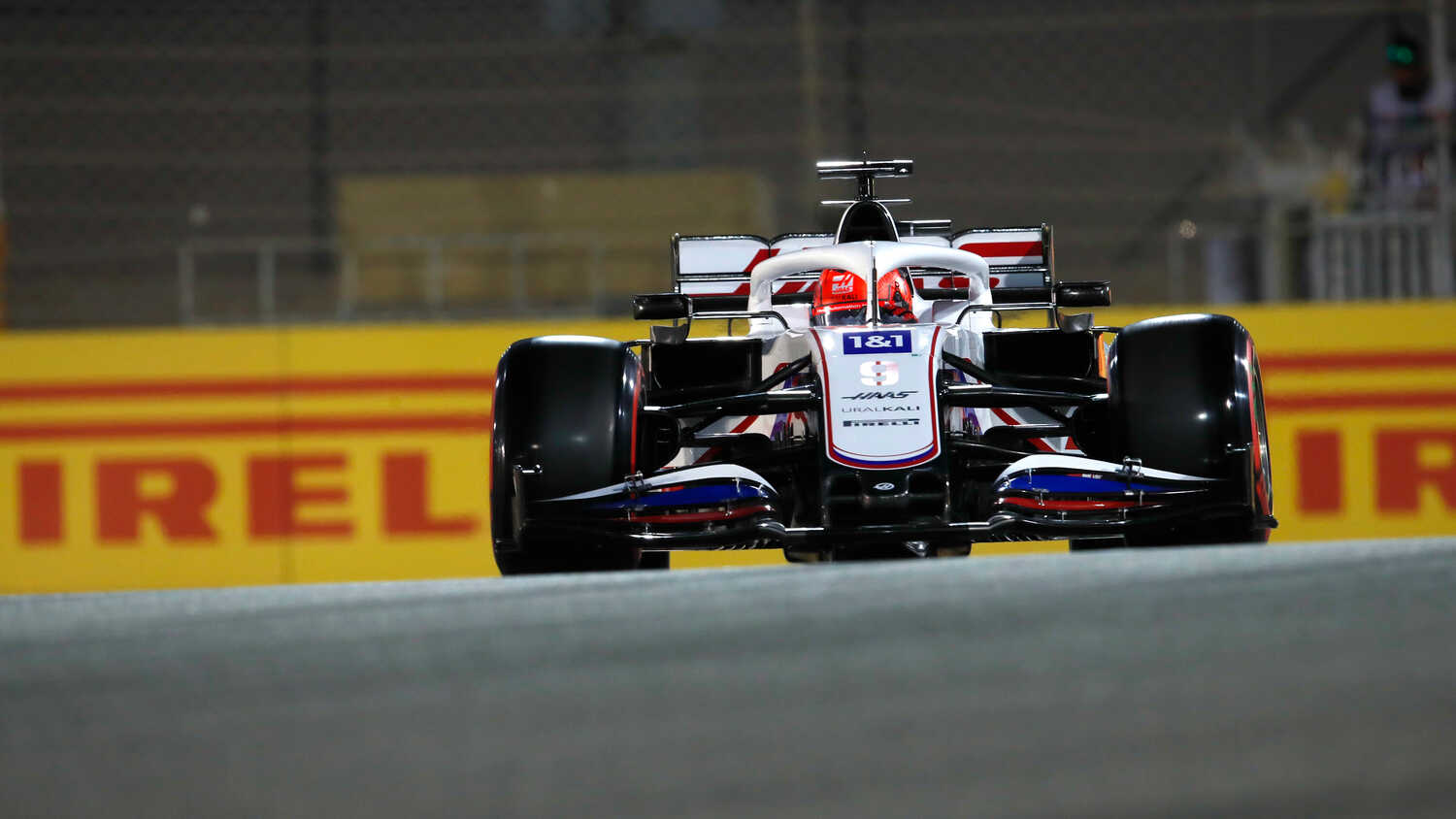 Guenther Steiner has said that Nikita Mazepin has beaten himself up pretty badly for failing to make it through the first lap of his debut race.

The young Russian rookie failed to get through the first lap, after crashing his Haas on the exit of Turn 2. Losing the rear end of his car on applying the throttle, Mazepin flew off into the barriers and damaged his car too much to continue.

"Yeah, he was pretty beat up," Steiner told RacingNews365.com in a joint media session after the race.

"I just said to him to keep his head up and keep on going. For sure, it's not ideal what happened, but it happened. So he beat himself pretty badly up but he is ready to go again, we pushed him up again."

Asked whether the wind, combined with a heavy car on full tanks, may have caught out the inexperienced Mazepin, Steiner believed these factors didn't play a part in the crash.

"I wouldn't say it was the wind and we ran on full tanks before. I think he just went on a little bit too sharply onto the throttle. Then he was on the kerb and and just lost the car."

With Mazepin coming in for harsh criticism on social media over the winter due to off-track allegations regarding his behaviour, as well as the perception of him buying his seat due to his father owning title sponsor Uralkali, Steiner was asked whether he felt Nikita was overly motivated to prove his critics wrong.

"He was pushing it, he wanted to push, his race on Sunday wasn't very long so, for sure, he was not over-motivated for a long time!" Steiner said.

"He over did it and he doesn't feel great about it. He pushed a little bit harder but, I think that's his character more than anything else, you know, just to try to find the limit and sometimes you go over it.

"I'm not really surprised about it because you try the best you can and our car is not easy to drive and I think he's one of these
guys that tries very hard. You always want to prove yourself right. I don't know how much it [the criticism] affects you for sure. Nobody, especially at a young age, can take that one out completely.