Mexican driver Sergio Perez turns 31 today, here's a look back at some of his most memorable moments in Formula 1. 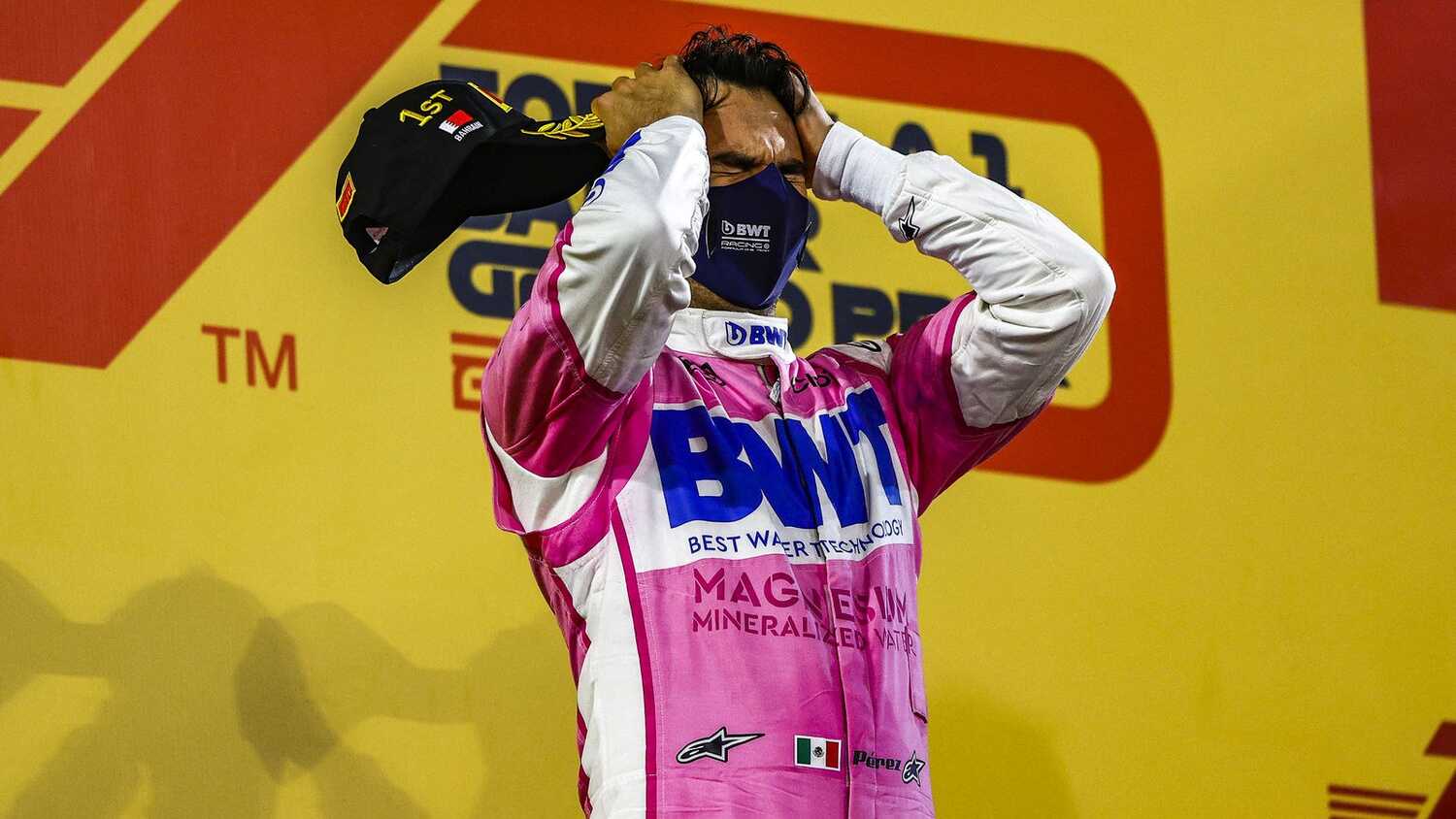 Sergio Perez completed his 10th season in Formula 1 in 2020. Faced with the prospect of losing out on a drive for the upcoming season, the man from Guadalaraja Mexico had one of his best seasons to date finishing fourth in the driver standings, a career-best.

His performances over the course of the season saw him gain the second Red Bull seat for 2021, which given his results was a just reward for his efforts. Today marks Perez's 31st birthday and given the occasion, we felt the need to look back at some of the best moments of his decade-long career in F1.

The race that announced his arrival to the sport came in 2012. Racing for the Sauber team, who themselves were known to make alternate tyre strategies work, the Mexican bolted on a set of intermediate tyres while the majority of the grid started on wets. He soon found himself running in fourth position before the race was halted due to the conditions. At the restart, Perez was able to scythe his way past the likes of Mark Webber and Jenson Button, and the Mexican driver soon found himself running in second, which soon became first after race leader Lewis Hamilton pitted. He would lose the lead to Fernando Alonso when he pitted himself, though through a combination of fresher rubber and driving ability he began hunting the Spaniard down. Alas, an unforced would end Perez's quest for a victory and he would ultimately have to settle for second place. The result captured the attention of several in the paddock with the Mexican earmarked as a future prospect.

Later that same year Perez once again found himself taking advantage of an alternate tyre strategy by Sauber. Starting the race from a lowly 15th, Perez showed a phenomenal ability to manage his soft tyres for a hardly believable 41 laps. While his pitstop would drop him down to seventh, the Mexican who was now on super-soft rubber would overtake three cars and gain an additional position when Hamilton had to pit, securing him his second podium in 2012 and his career.

The last podium with Sauber would follow a similar pattern to the ones he had already achieved. Starting the race in 12th the Mexican would work his way up the order, briefly leading the race for a few laps. This was possible once again due to a combination of an alternate tyre strategy and Perez's ability to manage his tyre wear. He would overtake a host of drivers including the likes of Kimi Raikkonen, Felipe Massa, Nico Rosberg and Fernando Alonso to equal his career best finish in Malaysia earlier that same year.

Fast forward four years and the Mexican was back up to his old tricks this time at Force India. Once again taking advantage of the mixed conditions in effect that day, the Mexican was able to put in a flawless performance, being one of the first to switch to a dry set of tyres and staying out of trouble to take third.

Scrapping his way through the midfield, Perez saw it all during this race. After making contact with both Raikkonen and his teammate Esteban Ocon, Perez was forced to pit after the first lap. Compounding his woes was the fact that he was also given a 5-second time penalty. However, it mattered little as the race saw three Safety Car periods and six retirements. Through a combination of tyre management and luck, Perez was able to finish the race in third.

After losing out on pole position to Lance Stroll on Saturday, the Mexican showed why the Silverstone based team were wrong to relieve him of his duties earlier in the year. Starting from third, Perez was able to get the better of Max Verstappen and keep the Dutchman at bay. Throughout the race, the Racing Point driver came under an onslaught from several different drivers including both Ferraris though he would only let eventual race winner Lewis Hamilton get the better of him. Perez would finish second barely crossing the line ahead of Ferrari's Sebastian Vettel.

The final and most recent highlight of Perez's career is probably his most treasured. After tangling with Charles Leclerc and Verstappen on the first lap, Perez found himself dead last after rejoining from his forced pitstop. Displaying great tenacity and grit, the Racing Point driver was able to work himself back up the order. A rather fortuitous mix-up in the Mercedes pit would grant him the race lead would only a few laps to go. With a charging Geroge Russell forced to pit again due to puncture, Perez would take full advantage of the situation and bring his car home in first, taking the first victory of his career.