Ferrari F1 star Charles Leclerc shocked the paddock by claiming pole position for the Azerbaijan Grand Prix, can the Monegasque driver keep a determined Lewis Hamilton and Max Verstappen behind him? Here are some of the race strategies for the 2021 Azerbaijan Grand Prix. 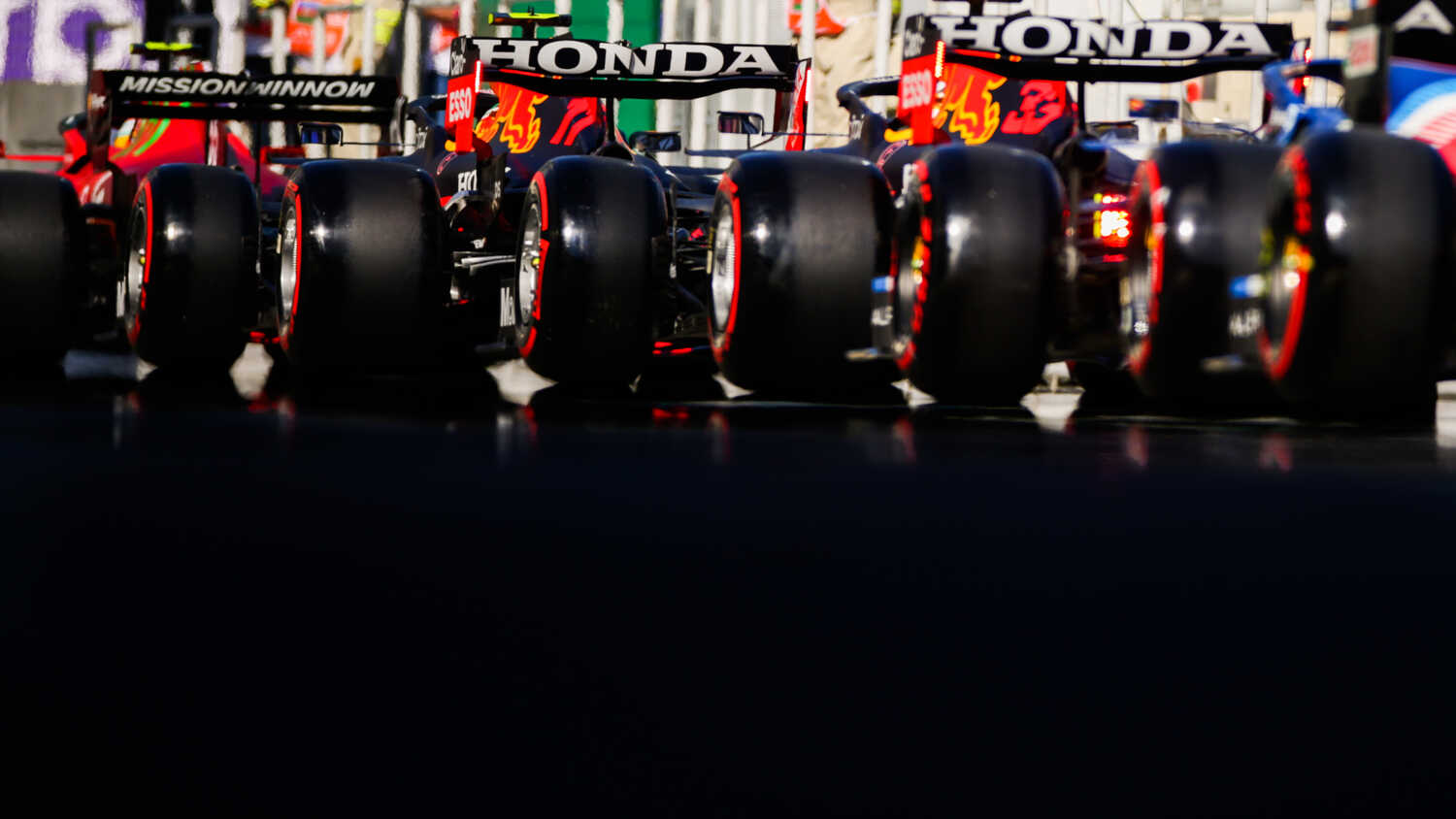 Ferrari's Charles Leclerc claimed back-to-back positions for the first time since the 2019 F1 season, however, unlike Monaco, the Baku street circuit provides ample room for overtaking, which means Monegasque driver will have to be vigilant as he lines up alongside Lewis Hamilton who qualified second and Max Verstappen starting in third.

With Pierre Gasly lining up in fourth and Carlos Sainz in fifth, the top five drivers were separated by just over three-tenths of a second meaning the result is far from secure for any of the front runners.

The high-speed nature of the Baku street circuit is sure to provide an added dimension, especially given the number of red flags we experienced during yesterday's qualifying session. While the race at Monaco turned out to be a dull affair, Baku has always delivered an exciting race and there is no reason to believe that will not be the case again this year.

The Italian tyre company predicts a one-stop race despite bringing their softest available compounds. The top 10 runners will all start on the soft compound tyre meaning tyre management will play a key role in determining the outcome of the race.

Pirelli has also highlighted the importance of the Safety Car as with four red flags over the course of the three qualifying stages, it would be prudent for both drivers and teams to factor in this particular variable while formulating their race strategy.

The higher track temperatures will also play a role with Pirelli saying the drivers starting outside the top 10 could try using the medium or hard compound tyres. The Italian manufacturer has not provided a specific pit window stating that there is a wide window of opportunity when determining one's plan of action, though they expect drivers to make their first stop between lap 11 and 15. A list of their permutations can be viewed below.

"The drivers generally used the soft tyre throughout the session, as with the margins so close on this long lap, it was the safest option to be sure of getting through Q2: especially with the big risk of interruptions," Pirelli's head of F1 Mario Isola said in a press statement.

"This means that all the top 10 will start on the soft tomorrow, which probably locks them into a soft-hard one-stop strategy: also because we're expecting high track temperatures again for the Grand Prix. Those behind the top 10 might see an advantage in starting on a harder compound to run a longer first stint and gain track position or have more pit stop flexibility.

"This is a track where absolutely anything can happen. Four different teams in the top four on the grid underlines the close competition on this spectacular city circuit: at one point we had cars separated by just thousandths of a second after a six-kilometre lap." 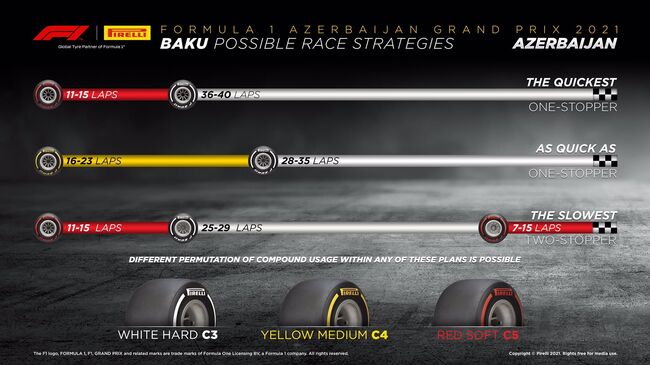 Battle at the front

As stated earlier Leclerc's performance during qualifying left many in the paddock surprised as this was a circuit that was supposed to make the SF21's deficits clear for all to see. While the Ferrari driver was given a slight helping hand with Hamilton essentially providing him with a tow as he prepared to start his qualifying run, the Monegasque driver was on hand to capitalize.

Hamilton meanwhile was delighted with his second-place as both the British driver and Mercedes seemed to struggle around the streets of Baku during Friday's practice sessions. The start will prove to be crucial for the reigning world champion as his title rival starts directly behind him.

Verstappen was visibly upset at the conclusion of the shortened qualifying session, for the second race running the Dutchman was in contention for pole position before ultimately losing his second qualifying run due to a red flag. The Red Bull driver will be hoping for a clean start and will surely be in the hunt for the win as the race progresses.

Pierre Gasly matched his best ever qualifying performance and will lineup fourth this afternoon. The AlphaTauri man has consistently punched above his weight ever since he was demoted to the Red Bull junior team and he will be looking to make his third visit to the F1 podium.

The Frenchman however will have to keep a determined Carlos Sainz at bay as much like Verstappen, the Spaniard believes his qualifying session was compromised due to the red flag.

Two drivers who flattered to deceive on Saturday were Sergio Perez and Valtteri Bottas. While Perez will get bumped up to sixth after Lando Norris' penalty, Bottas will have to fight his way back to the front from 10th.

Perez has proven to be a master at managing his tyres over the past few seasons and one would expect him to make his way to the front of the pack over the race distance. Bottas on the other hand has his work cut out for him, though given the unpredictable nature of Baku, his shot at a good result is far from over.

With so many drivers crashing or running off the circuit over the past two days, teams will be on red alert as a Safety Car is all but assured to make an appearance at some point during the race.

This adds an extra dimension to a driver's race strategy as a well-timed or poorly timed (depending on your perspective) Safety Car pedriod can have a cataclysmic effect on the overall race result.

The Azerbaijan Grand Prix is sure to be a thriller. The circuit's blend of long straights and tight twisty corners makes it a perfect challenge for a modern-day F1 car and the race has historically proven to be a real treat for the fans watching from around the world.