Meet the Dutch entrepreneur who supplies the F1 paddock

Ron Reinders may not be a household name, but the service he provides is a vital part of the Formula 1 operation. RacingNews365.com spoke to the Dutch entrepreneur who builds and supplies the incredible race trailers that line the F1 paddock. 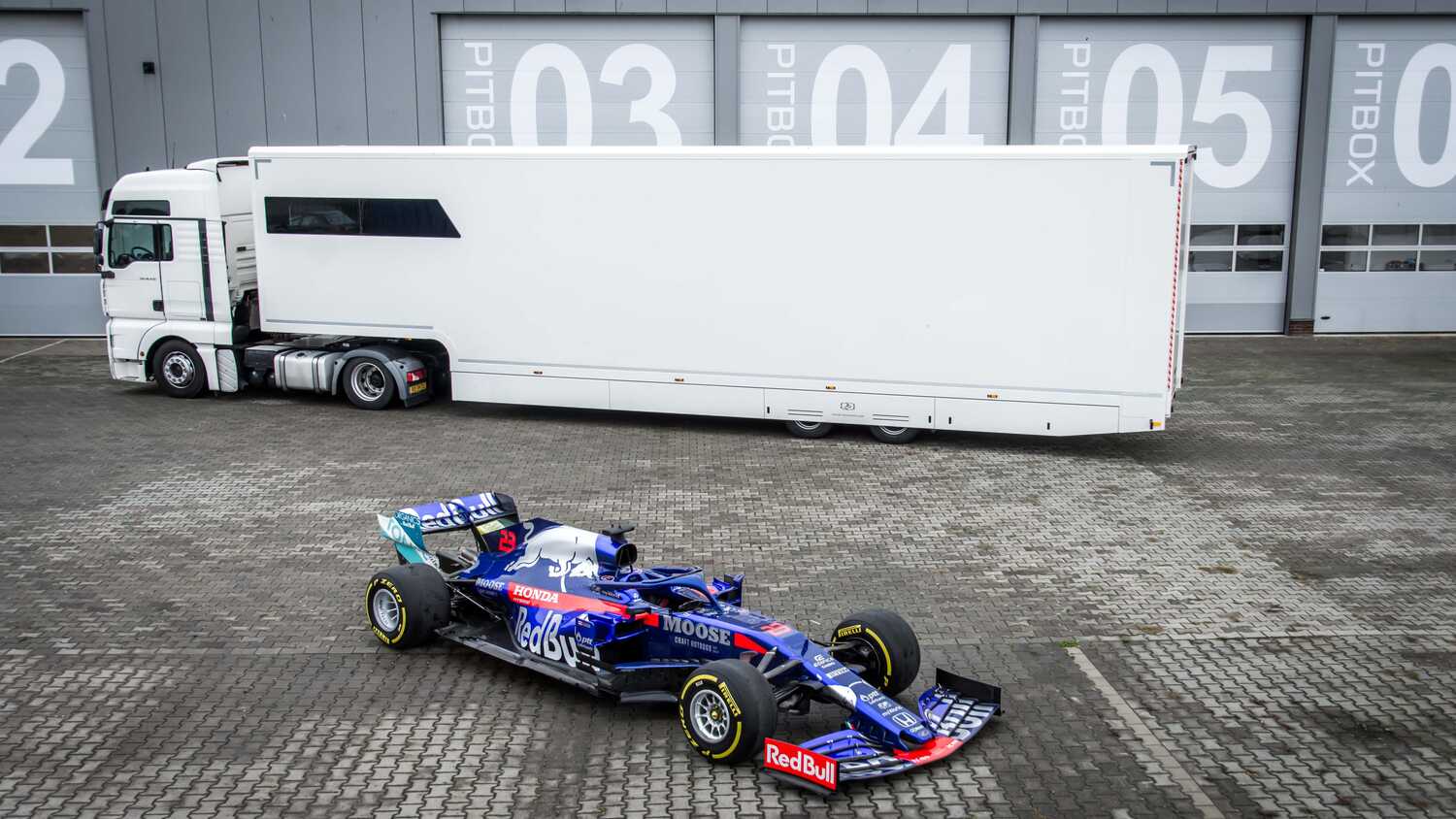 Ron Reinders is a Dutch entrepreneur who builds the incredible race trailers you may have seen lining the paddock at a Formula 1 Grand Prix. The Dutchman set up the company himself and, as a result of its success, now owns a number of F1 cars. However, none of this came easy as Reinders explained to RacingNews365.com during a visit to the company base.

One glance at the name, Racetrailers.com, and you get an idea of the service Reinders offers from Vriezenveen, Holland. The company makes and delivers trailers for racing teams that compete across a number of motorosport disciplines, including, of course, Formula 1.

Initially in the world of sports marketing, Reinders made campaigns with famous track star Carl Lewis, among others, before seizing an opportunity in motorsports. A spell in TV commentary for RTL coincided with his duties as the marketing manager for PON Holdings, a conglomerate company that had a number of subsidiaries, one of which was BBS Wheels. And it is through BBS Wheels that Reinders would go into partnership with former F1 driver, Huub Rothengatter.

"Together with Huub, I closed a deal for BBS Wheels for Jos Verstappen, who at the time drove for Arrows in Formula 1. That was actually my first entry into Formula 1. I also sometimes went to the Grands Prix and we organised special event days. We used to drive a Ferrari F1 V12 car through the tyre and wheel warehouse," says Reinders, who is still visibly enjoying the action.

"We have set up such campaigns quite often and this was actually the result of experiences I had earlier in my career at Adidas. I dared to set up special marketing events and fortunately at PON they believed in my ideas and they turned out well! We also set up a special day with veteran Dutch F1 commentator Olav Mol and the double of Michael Schumacher. In advance, we had announced in the invitation to our customers that there would be a special guest. Because BBS also sponsored Ferrari, people naturally thought that Schumacher would come." 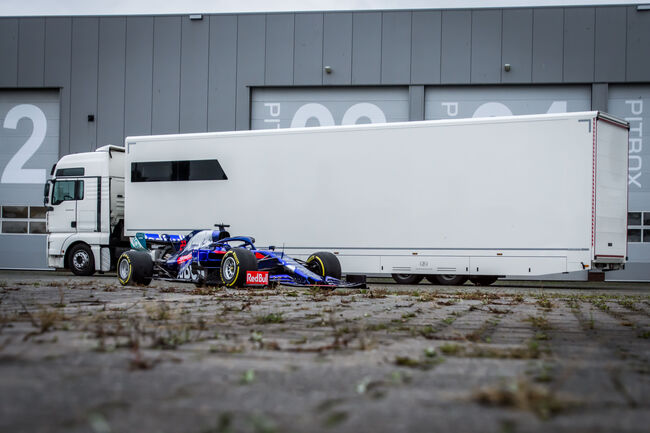 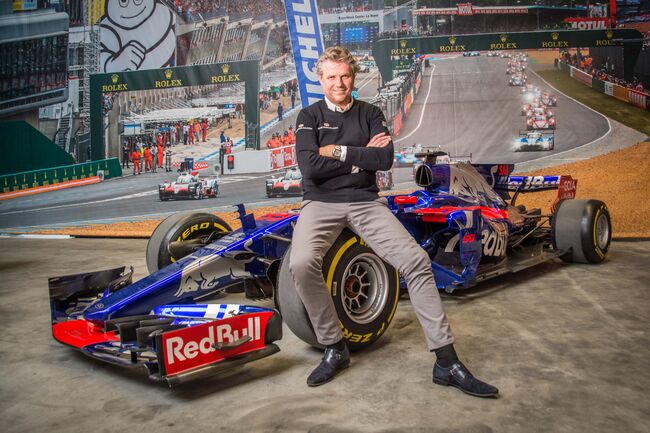 "Of course, it wasn't him, but Frank Saasen played his role as a double great and everyone loved getting to know Olav Mol at that time. So the days were a great success and we sold loads of rims to the various car dealers and tyre companies."

As a consequence of the great work Reinders did at PON, as well as his commentary work for RTL, he got the chance to work in marketing for another of PON’s subsidiaries, SEAT.

"Fortunately, I was able to combine the [RTL] work with my duties at PON and that eventually resulted in me being able to create a TV format and marketing plan for SEAT's racing branch as well. The factory team of SEAT was active in the WTCC championship and I advised PON to take the next step.

"So I offered Tom Coronel the chance to come and race for us and I had a big marketing plan linked to that. All parties got very excited about that and suddenly I was traveling all over the world for the SEAT factory team in the WTCC championship."

During the Dutchman’s time with SEAT, he fulfilled many different roles that encompassed everything from financial controlling, to assisting with the company’s media projects. And through this, he was able to expand his network to the point where he was responsible for handling some unusual requests.

"I kept getting asked if I could supply a race trailer because I had briefly worked with someone who rented out promotional trailers. I turned down the requests the first few times, saying I hadn't gotten into it anymore.

"Then, however, someone from Campos Racing called and I pressed on anyway when they too asked me for a race trailer. I bluffed to them that I had a trailer, when in fact I did not. So I worked hard to find one and luckily I did, so I could deliver my first trailer."

Thus, the feeling grew within the Dutchman that there was more to be gained in making and supplying race trailers, so arranged with PON to take a step back in order to commit more time to his new project.

"At PON I was allowed to work less, for which I am still grateful to them. It gave me the opportunity to further develop my own business.

"I did everything I could to deliver the perfect race trailer, but this turned out not to be so easy. Often things broke down, or batteries exploded in the middle of the night and you had to work hard to solve everything." 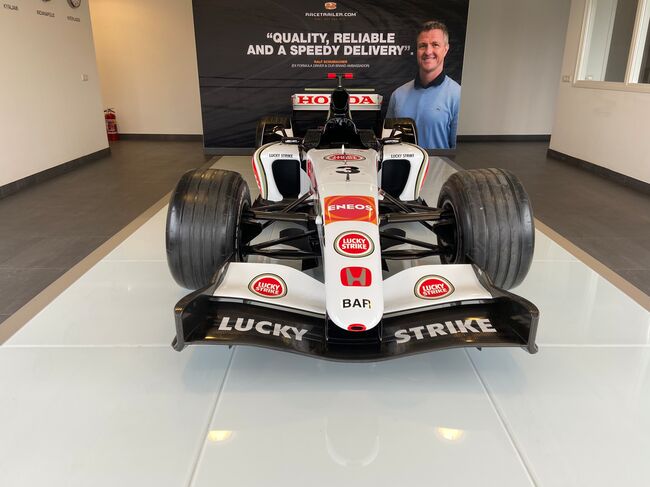 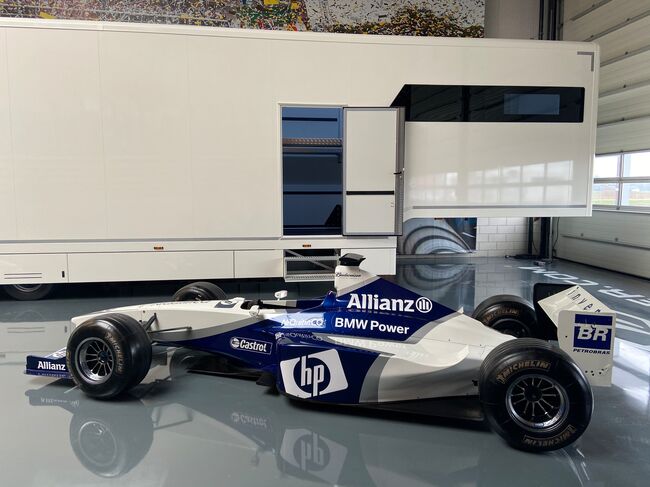 Facing setbacks is part and parcel of being an entrepreneur though, and Reinders realised there was another hurdle he would have to clear quickly if his business was to be a success.

"In the beginning I had to use my network to convince customers to buy their race trailers from me. For example, I would stand in the pouring rain at a race weekend in Spa to convince teams of my trailers.

"Often, of course, they had no time or interest and I saw that they immediately threw my business cards in the trash. That wasn’t fun of course and that’s why I often thought about whether I should continue."

However, persevere he would, and in fact, he decided not just to trade in trailers, but to build them himself. That way, he could attempt to manage the costs while guaranteeing the quality of the product.

"I quickly realised that I had to build a concept in which the racing trailers are robust. In the first drawings I made sketches which clearly showed what the vulnerable spots are in a trailer and from there we improved our product."

The Dutchman would be rewarded for his unwavering belief and eventually had enough customers to move into his own premises. From there, the company is able to ensure the trailers are assembled to the highest standards, while the philosophy of using one design to make five different trailers keeps the costs relatively low.

And while this was of interest to numerous teams in various motorsport categories, Reinders never imagined he would end up in Formula 1.

"Over the years we kept on supplying trailers to different teams in different racing classes, but I felt that we were not supplying the right type of race trailer for Formula 1. However, that turned out to be a mistake. In fact, through a business relationship, I came into contact with Paul Seaby (Jos Verstappen's tanker man at Hockenheim in 1994) who was the team manager at the Lotus F1 team at the time.

"We talked about all sorts of things, but I never had any intention of talking about my race trailers because I didn't think they met the needs of a Formula 1 team. However, just a few days after our conversation, I received a call from Seaby because he was indeed interested. That was of course an eye opener and a welcome surprise. After all, this is also how we made our entry into Formula 1 and now we supply trailers to various teams in the premier class of motorsport."

Now, through the vast contacts he has made as well as his respected name, Reinders has been able to assemble his own private collection of F1 cars. For example, at his home sits the car Max Verstappen made his F1 debut in, as well as the Toro Rosso Pierre Gasly drove to a thrilling second-place finish at the 2019 Brazilian Grand Prix.