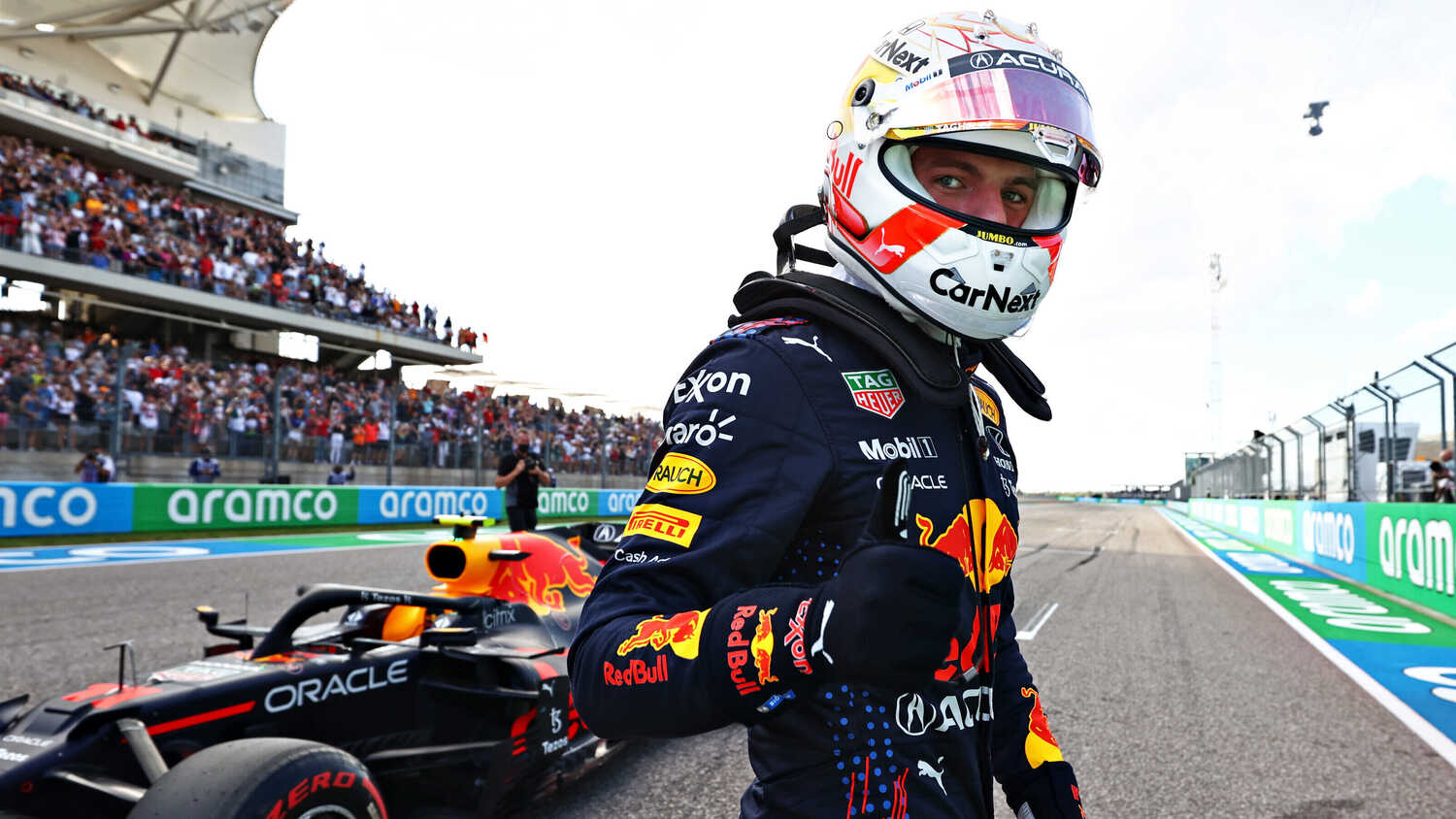 Red Bull's motorsport advisor, Helmut Marko, believes that Max Verstappen needs to win the next two Grands Prix before the team can start feeling somewhat confident about their title chances.

The next two races, in Mexico and Brazil, are slated to favour the Red Bull package, while the final three races could potentially suit Mercedes more.

Having extended his championship lead to 12 points in the United States, the aim at Red Bull is to take victory in the next two races. This would then give them enough of a buffer to be able to finish second to Lewis Hamilton in the final three races and still win the title.

Marko explained that, even if Verstappen wins those two races, it still only just swings the likelihood of clinching the championship in his favour.

"Only if we win Mexico and Brazil, then it will be 60-40 in Max's favour," Marko said in an interview with Motorsport.nl. "We have to win those races."

Marko reckons Red Bull should have enjoyed a margin of more than 50 points at this point of the championship, undone due to misfortunes like their tyre failure in Azerbaijan, and the two first-lap collisions in Britain and Hungary.

"We have lost the races in Baku, Silverstone and Hungary through no fault of our own," he said.

"If you calculate that very carefully, we have missed at least 50 points in these races. The reality is that we are now only twelve points ahead.

"On the other hand, we have survived all those setbacks and we have also been able to cope with the recent progression of Mercedes."

Verstappen has won eight races so far this season, three more than Hamilton's tally. But Marko feels that Verstappen will need to have at least 10 victories by the end of the year to have any chance at the title.

"I think we need at least two more wins to be relatively certain or, at least, to be able to go into the last two race weekends with confidence," added Marko.

"Normally, it is the case that the high-altitude circuits in Mexico and Brazil suit us significantly better, yes. But so much has happened this year. So-called Mercedes circuits turned out not to be Mercedes circuits after all, and the same applied to the Red Bull tracks."