Ferrari's Charles Leclerc has admitted to being concerned about taking a penalty for a gearbox change, after taking pole position after a crash in the closing minutes of qualifying. 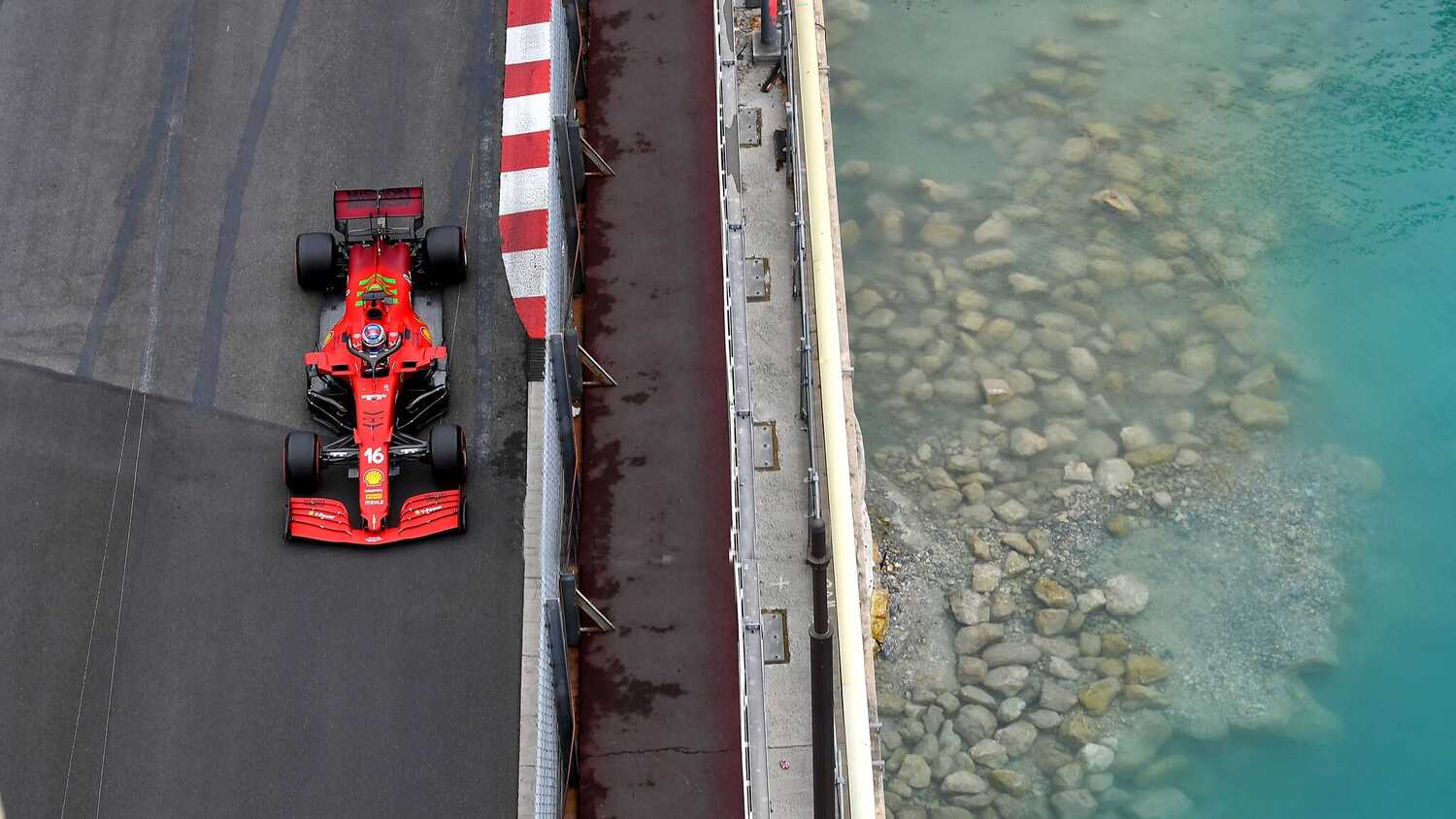 Ferrari's Charles Leclerc may be sitting on pole position for Sunday's Monaco Grand Prix, but the hometown hero has admitted to some concern over the gearbox of his SF21.

Leclerc had taken provisional pole position on his first run in Q3, but made a mistake on his second run, ending up in the wall at the exit of the Swimming Pool complex. The damage to the car was extensive, and immediately brought out the red flags to ruin everyone else's final runs and guarantee Leclerc the pole position.

"I am, but let's see," Leclerc said when asked about whether he's worried about his gearbox after the impact with the barriers.

If the Ferrari requires a new gearbox, Leclerc will be given a grid penalty that would promote Max Verstappen to pole position.

"It's a shame to finish in the wall, it doesn't feel the same but, at the same time, I'm incredibly happy about my first timed lap," Leclerc continued.

"The first corner was quite tricky, I didn't do a great first corner but then second and third sector I nailed it and just very very happy to be on pole obviously.

"It was very very difficult to manage myself mentally after Q2.

"I could feel I was quite emotional in the car but I told myself 'now it's Q3, now it's time to put everything together'.

"I managed to do so so I'm incredibly happy. But it's tomorrow that we score points, but I have to say that it's a big surprise for everyone to be on pole for the race tomorrow."

Asked whether he has a genuine chance to return Ferrari to winning ways on Sunday, Leclerc admitted: "I've always been very unlucky here, so let's see."