Charles Leclerc led Ferrari's charge at the United States Grand Prix as the team edged closer to McLaren in the standings. 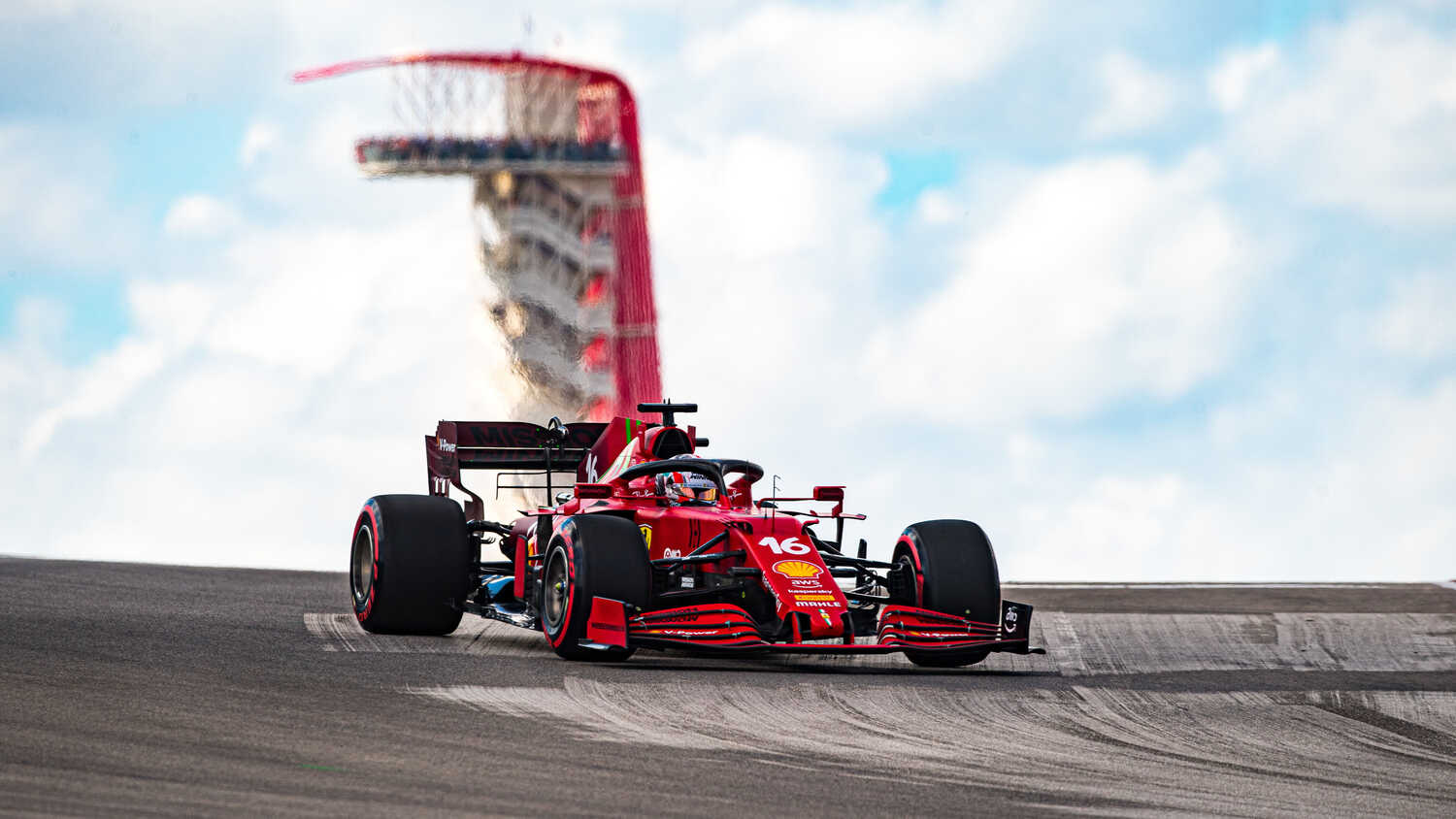 Charles Leclerc hailed Ferrari's progress at recent races as he claimed a comfortable fourth-place finish in the United States Grand Prix, more than 20 seconds clear of the closest McLaren.

McLaren currently lead Ferrari in a close battle for third in the championship, but the Italian team have gathered momentum after introducing a new power unit
with Leclerc in Russia and Carlos Sainz in Turkey.

Leclerc's result at the Circuit of the Americas on Sunday helped Ferrari cut the gap to just 3.5 points, with five races remaining.

Speaking to media, including RacingNews365.com, Leclerc said: "It was a very, very good race. The pace was there [and] every lap was a quali lap.

"I honestly didn't leave much on the table [and] everything felt very good. But it also shows that we are working in the right direction, that as a team we are doing improvements race after race, and that's great to see.

"Every race is different but it was definitely a great drive and a great car to drive."

Asked if Ferrari's recent gains are track specific or down to the recent updates, Leclerc said: "The differences between McLaren and us are very, very small.

"Obviously since we put the new engine in, we gained a little bit, but that was enough to put us in the best position possible.

"Even though 2021 is a season where we are focusing on 2022, we still had two or three upgrades this year that pushed us to perform better every time.

"It's down to the two or three upgrades that we brought this year."