Interview: Raikkonen on life outside of F1

In an interview with RacingNews365.com, Kimi Raikkonen opened up about his motocross activities and whether his children want to follow in his footsteps and compete in F1. 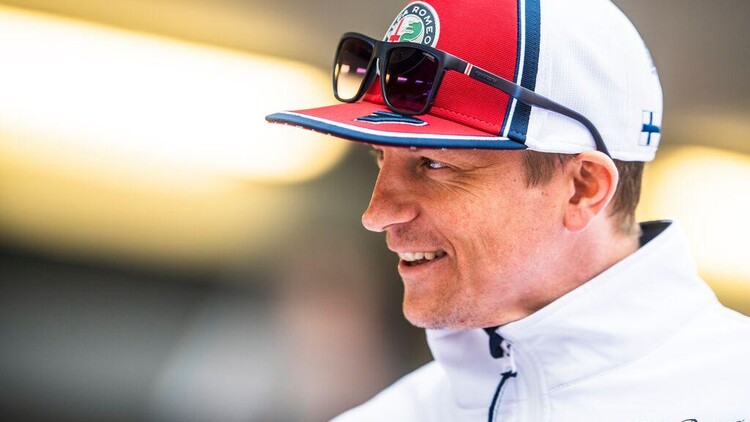 Kimi Raikkonen has not ruled out his children following in his footsteps one day to become a Formula 1 driver.

The former F1 World Champion has two children and revealed he often spends time playing sports with his son Robin and daughter Rianna.

"When they ask [to go karting], we go," Raikkonen told RacingNews365.com. "Obviously Robin does, and Rianna asks that she wants to go and she drives on my lap when we do some go-karts sometimes, so she enjoys [it].

"She was using a motocross bike on her own [for the] first time and with stabilisers, but she seems to enjoy the speed also.

"When Robin asks to go then we go, but we don't go that often. But then some days he says, 'I want to go every day', and then [the] next day he says something else.

"It's their life and whatever they choose, with the wife, we will try to support them. Even if it's a hobby or something, I think it's great.

"I wish that they try a lot of different sports because it's only good for them."

In 2011, Raikkonen founded his own Motocross World Championship team, Ice 1 Racing. He still enjoys motocross but admits he has not been able to put much attention towards it due to the pandemic and the relentless F1 calendar which features a record-breaking 23 races this year.

"I never have time to really go [and] do motocross," said Raikkonen. "We've been in Finland, so I can do it at home when I want.

"I enjoy the sport, but especially with COVID-19 now, also with racing we've been so busy, but then with COVID-19 in the last couple years been difficult. At some point, I'll have more time."

Raikkonen's last win in F1 came at the 2018 US Grand Prix in Austin, when he brilliantly fended off Lewis Hamilton and Max Verstappen throughout the race. This ended his 113-race streak of failing to win a GP, which stretched back to the beginning of 2013.

The Finn says Ferrari have given him the car as a gift.

“It’s a full running car, so I [can] take it to the track and use it,” explained Raikkonen. “But obviously I need a few mechanics to come from Italy to start it up.