Mercedes managed to steal a victory they probably shouldn't have in Bahrain, with Lewis Hamilton's aggressive strategy proving crucial in deciding the race outcome. 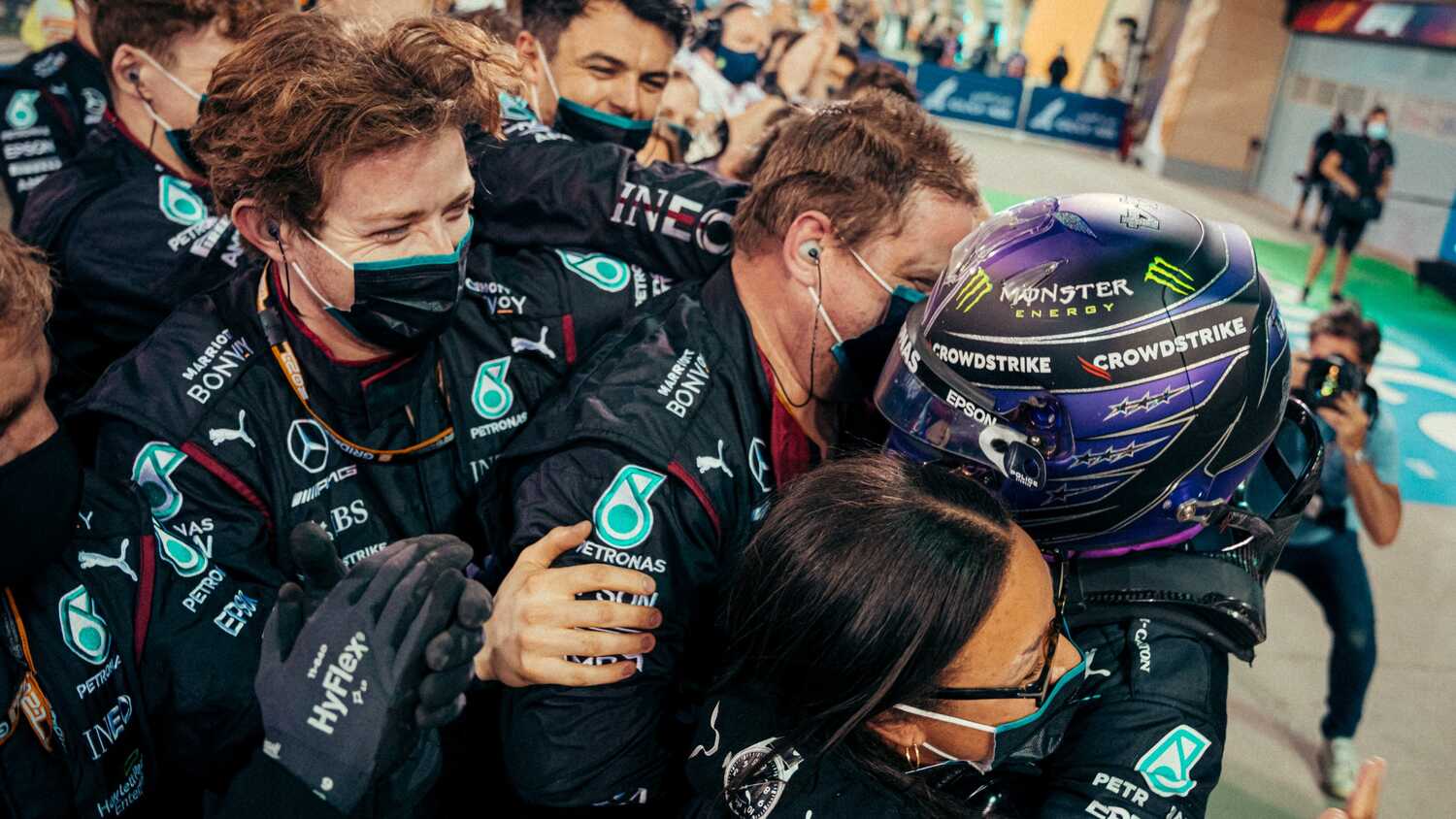 Red Bull went into the Bahrain Grand Prix as favourites for the race victory, based on their testing form versus Mercedes at the same track.

With Verstappen clinching pole position by a few tenths, the scene was set on Sunday for Verstappen with a very fast RB16B.

But, it wasn't to be, with Mercedes aggressively going after the race victory and forcing Red Bull into a reactionary strategy that ultimately resulted in having to settle for second place.

The power of the undercut

With Max Verstappen holding onto his lead at the race start, as well as controlling the Safety Car restart in a way that prevented Hamilton from slipstreaming him down the start finish straight, Mercedes knew they had to try something different to get ahead of the Red Bull.

While Verstappen and Hamilton circulated at the front less than two seconds apart, the lack of threat from behind to Hamilton meant that Mercedes could take a gamble.

They did this on Lap 13, calling Hamilton in to change onto a fresh set of hard compound Pirellis.

Hamilton's pace was immediate, setting a 1:55.006 that closed that two second gap entirely on Verstappen. As a result, Red Bull were stuck. If they pitted Max, he'd fall into second place and have to fight to get back past.

On the following lap, Hamilton took a full three seconds out of Verstappen's lead, ensuring Red Bull were stymied by the Merc undercut.

So Red Bull kept Verstappen out on track to create a tyre offset for later in the race. Verstappen didn't pit until Lap 17, having had his lead over Hamilton shrunk to 13 seconds. Coming out on fresh mediums, Verstappen had fallen to 6.6 seconds behind but had the advantage of fresh tyres and a softer compound.

Verstappen set about closing the gap, and eased his way up to the back of the Mercedes. By Lap 28, he was within DRS range and all set to attack Hamilton.

But Mercedes proved to be another step ahead of Red Bull. Despite having plenty of life still left in his hard tyres, Merc called Hamilton into the pits. A big advantage to this was not losing time battling with Verstappen, as well as ensuring Red Bull couldn't attempt to undercut Hamilton as a fightback.

At that point, it still appeared as though Mercedes were on a three stop strategy with half of the race still to go. Red Bull looked to be in the box seats, with Verstappen 19 seconds up the road with both still yet to stop.

With Verstappen having run the medium compound again for his second stint, his lead started to shrink. It wasn't rapid gains for Hamilton, but he slowly but surely hauled himself closer to the Red Bull over the next ten laps.

Verstappen pitted again on Lap 38, fitting fresh hard Pirellis for the final stint as he had no fresh softs left. With eighteen laps to go, Hamilton's lead of 7.7 seconds looked immensely assailable considering Verstappen's tyres were twelve laps fresher than the Mercs'.

Despite Hamilton's complaints over team radio that he wouldn't make it to the chequered flag on his tyres, it quickly became evident that he wasn't going to be pitting again. This placed all the pressure on Verstappen to catch, and pass, the Mercedes.

Max set about catching Lewis, and had closed the gap to less than two seconds by Lap 50.

Time was running out and, latching on using DRS, Verstappen struck on Lap 53. Sailing around the outside of the helpless Hamilton, Verstappen ran too wide and off the track to complete the overtake.

As a result, Race Control instructed Red Bull to tell Max to yield back the place, which he did. From there, Verstappen's tyre advantage proved to be not enough as he couldn't quite launch another attack before the chequered flag.

With Red Bull caught out by Hamilton's aggressive early stop, followed by Mercedes ensuring they couldn't be caught out by an undercut, Chief Engineer Paul Monaghan explained his team's thinking on the strategy.

"We could have stopped Max earlier for the second stop, but then you catch Lewis with slightly older tyres," said Monaghan.

"So equally, Lewis could have stopped later and had a greater tyre advantage. So our stints were more even.

"We had a pace advantage at the end, we got past him once, and then couldn't get close enough again.

"The car was capable of being quicker over the race, and the disappointment within the garage is palpable."

Mercedes relief and praise for Lewis

With Hamilton's second stop being made on Lap 28, it meant that he either would have to stop again or be forced to do half of the race on one set of tyres.

Having gained track position and forcing Red Bull to chase the race, Hamilton was able to hang onto his tyre life long enough to ensure he kept the lead until the chequered flag.

It was a big ask from the World Champion, and Mercedes' Andrew Shovlin was suitably impressed afterwards.

"We knew they would go to the end, because we knew that we had the wear life.

"The concern was just how much they would degrade and we figured our strategy tools were telling us that Max had a degradation difference that would be enough to overtake.

"Then, as the race got into the closing stages, the simulation tools are telling you that 'well maybe he won't', but you were still looking at the battle on track thinking he looked awfully quick and he was awfully close.

"But I honestly think Lewis managed that perfectly. You can't give the tyres an easier time because then you haven't got enough of a gap and but honestly I don't think he could have done a better job today."