Horner: We knew Perez was good in Azerbaijan, but not that good!

Although Max Verstappen retired while leading the Azerbaijan Grand Prix, Mercedes' problems and Sergio Perez's win made it a reasonably good weekend for Red Bull. Christian Horner credited the Mexican for finally putting things together after a slow start to the season. 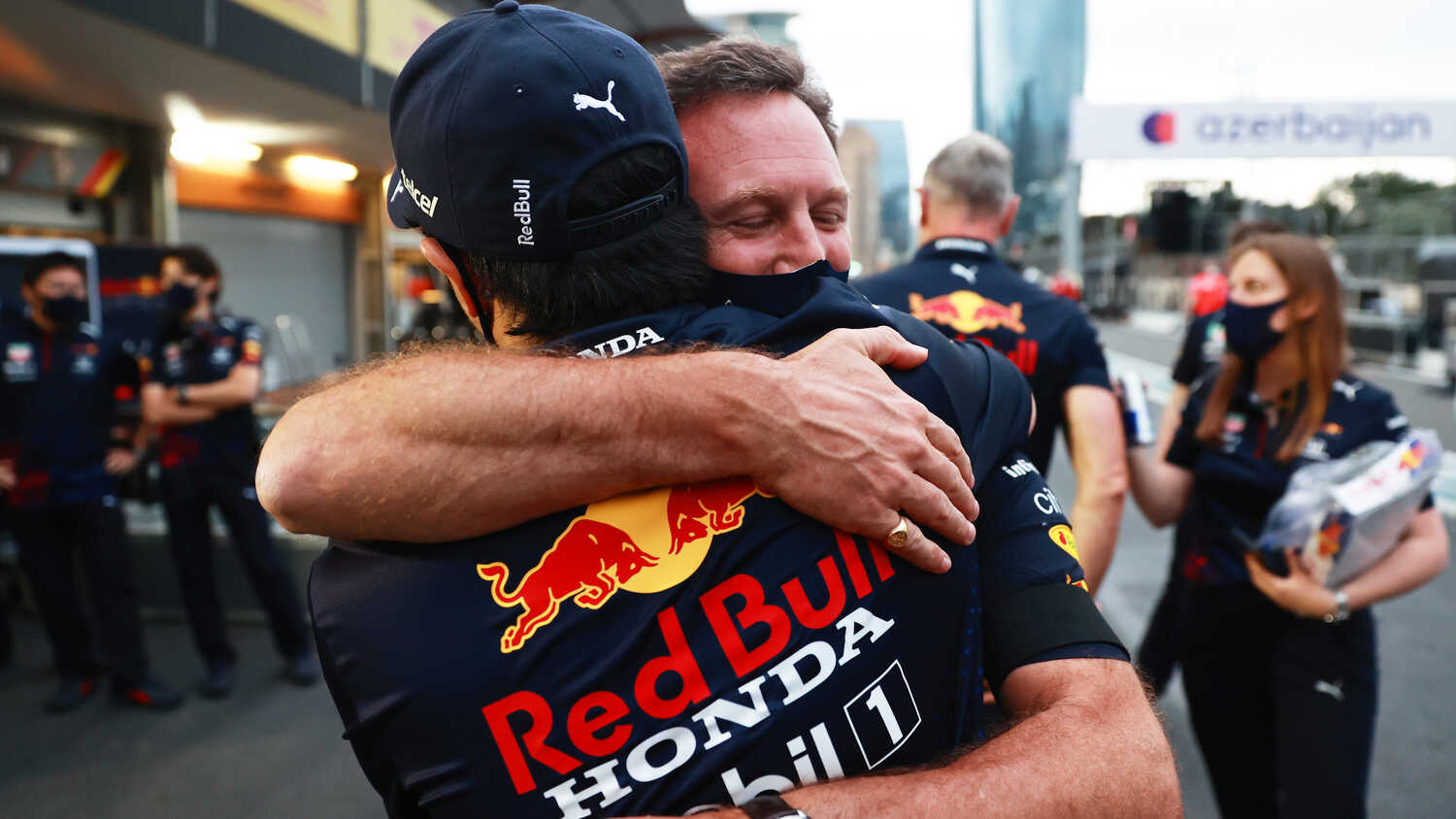 It looks as though Sergio Perez's slow start to the season is a thing of the past as Red Bull team principal Christian Horner called the Mexican's performance in Azerbaijan "phenomenal" and one that surpassed expectations.

Checo just couldn't seem to put it together early on in 2021, however things just clicked in Azerbaijan. With Max Verstappen and Lewis Hamilton out of the equation, Perez claimed his second career victory which brought a smile to the face of Horner.

"Well we knew he was good around here, but we didn't know he was that good," Horner told RacingNews365.com. "He's been quick all weekend. He's been bang on the pace and the only lap he made a mistake was Q3 run one.

"His race pace was phenomenal, had he not been longer at the first stop he would have been right on top of Max for the overcut, such was his pace in clean air.

"The way he was defending with Lewis and controlling that was a class act. To see him get that victory, I think will be great for his confidence. He's third in the in the Driver's Championship now. I think he's ahead of expectations."

The win means Red Bull can now count on both cars to be in the mix when it comes to the top spots, something Horner feels the team has been searching for.

"It's great to have both cars up there," Horner added. "It's an added string to our bow on the day that you lose your lead car, that Checo's right there to deliver the win. That's exactly what we've been looking for."