Mercedes will look to bounce back in Baku after things went poorly for the Silver Arrows in Monaco. The Brackley outfit aren't immune to mistakes from time to time, but Damon Hill believes no team is. 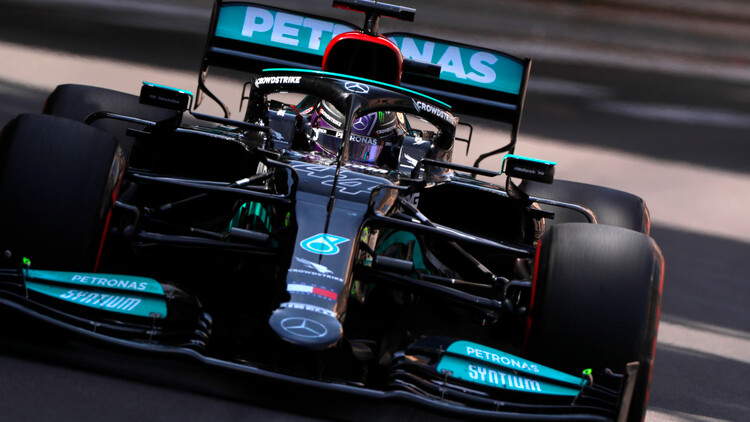 Although Mercedes don't often get things wrong very little went their way at the Monaco GP, though Damon Hill believes that comes with competing at the highest level in F1.

Lewis Hamilton finished down in seventh while teammate Valtteri Bottas failed to finish the race after Mercedes were unable to remove his right front tyre during his pitstop. It marked the first time all season that both Silver Arrows were kept off the podium.

When asked about Mercedes having one race a season where everything seems to go wrong, Hill put their performance into perspective.

"Everybody does," Hill said on the F1 Nation podcast. "Because, you know, this is so difficult to get it right. It is high stress, high pressure and I think that we, I mean journalists, sometimes pile on that kind of inquiry into what went wrong and give these guys a hard time.

"You try it, and I know that's not the right way to look at it, but they are bound to crack. Somewhere there's going to be a crack and teams put them under pressure. They're under pressure not from just journalists, they are under pressure from the competition as well.