Hamilton: Mercedes' push for BLM and diversity has been amazing

The seven-time world champion has lauded his team for supporting his push to fight against racism and to make Formula 1 a more inclusive sport. 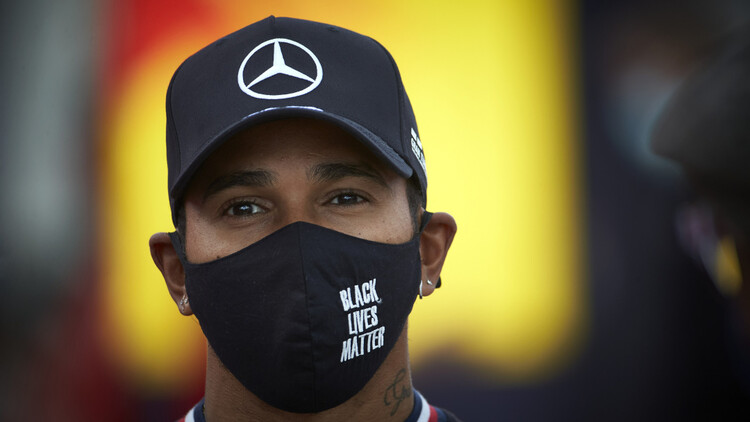 Lewis Hamilton has reaffirmed his praise for Mercedes' push to have more diversity and fight against racism in F1 ahead of his home event at the British Grand Prix.

Hamilton confirmed that it was one of the reasons he signed a new two-year deal to stay with Mercedes until the end of 2023.

"I think we've got an amazing relationship, an amazing group of partners," Hamilton told RacingNews365.com and other members of the press.

"It's exciting to see what Mercedes are doing in the cockpit, the support that they've given me during this period, with BLM, turning the whole car black for the second year in a row."

Hamilton has voiced his support for Black Lives Matter and has continued to take the knee and speak about racial inequality on social media. It's something that the Mercedes driver feels is important to talk about and is glad Mercedes have fully backed him.

"We are really pushing for a more diverse and inclusive environment," said Hamilton. "It's just amazing to think conversations we've had, it's a new part of the journey that we we started.

"For sure, several years ago, I could only have dreamed of being in this position and I'm excited for what that can be."