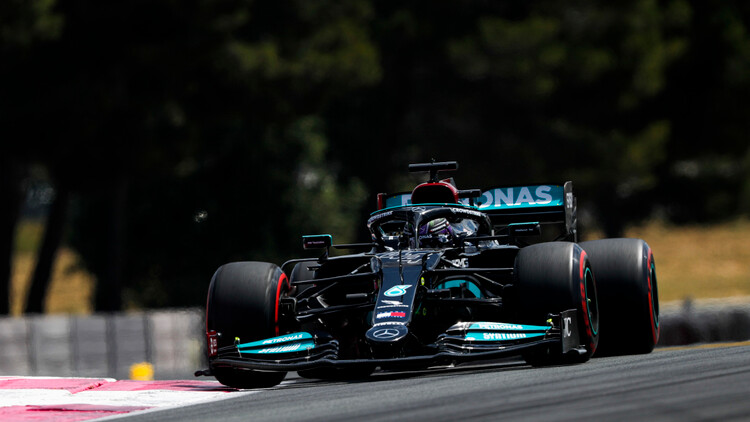 Mercedes' Lewis Hamilton is crossing his fingers that the rain that hit the Circuit Paul Ricard on Sunday morning will return for the afternoon F1 race, however unlikely.

Hamilton explained that, due to Red Bull's apparent speed advantage down the straights, he thinks rain would provide more of an equaliser as Mercedes attempt to keep up with their championship rivals.

"I liked it when it started to rain, but now it's dry," Hamilton said, speaking as part of the pre-race build up.

With Red Bull running the new Honda power units this weekend as the Japanese manufacturer brought their second units of the year for their customer teams, the added engine reassurance as well as a possibly slightly lower downforce setup than Mercedes gave Verstappen a quarter of a second advantage in qualifying, which Hamilton hopes won't continue in the race.

"It's fun when it rains, it creates more opportunity but, as you can see, it's dry, I don't think there's any more rain coming," he said.

"But, if it is wet for sure it's sort of some new works into the system and makes it more tricky. It should be cleaner now, the track, and it's much cooler than the other days, so it's gonna be interesting to see if we can keep up with the Red Bulls.

"Another chance to be in the fight and the run down to Turn 1 is gonna be exciting. I hope it's as exciting as it has been in the other races. And yeah, we'll give it everything today."