Mika Hakkinen has offered Max Verstappen some advice as the 2021 title fight reaches its climax. 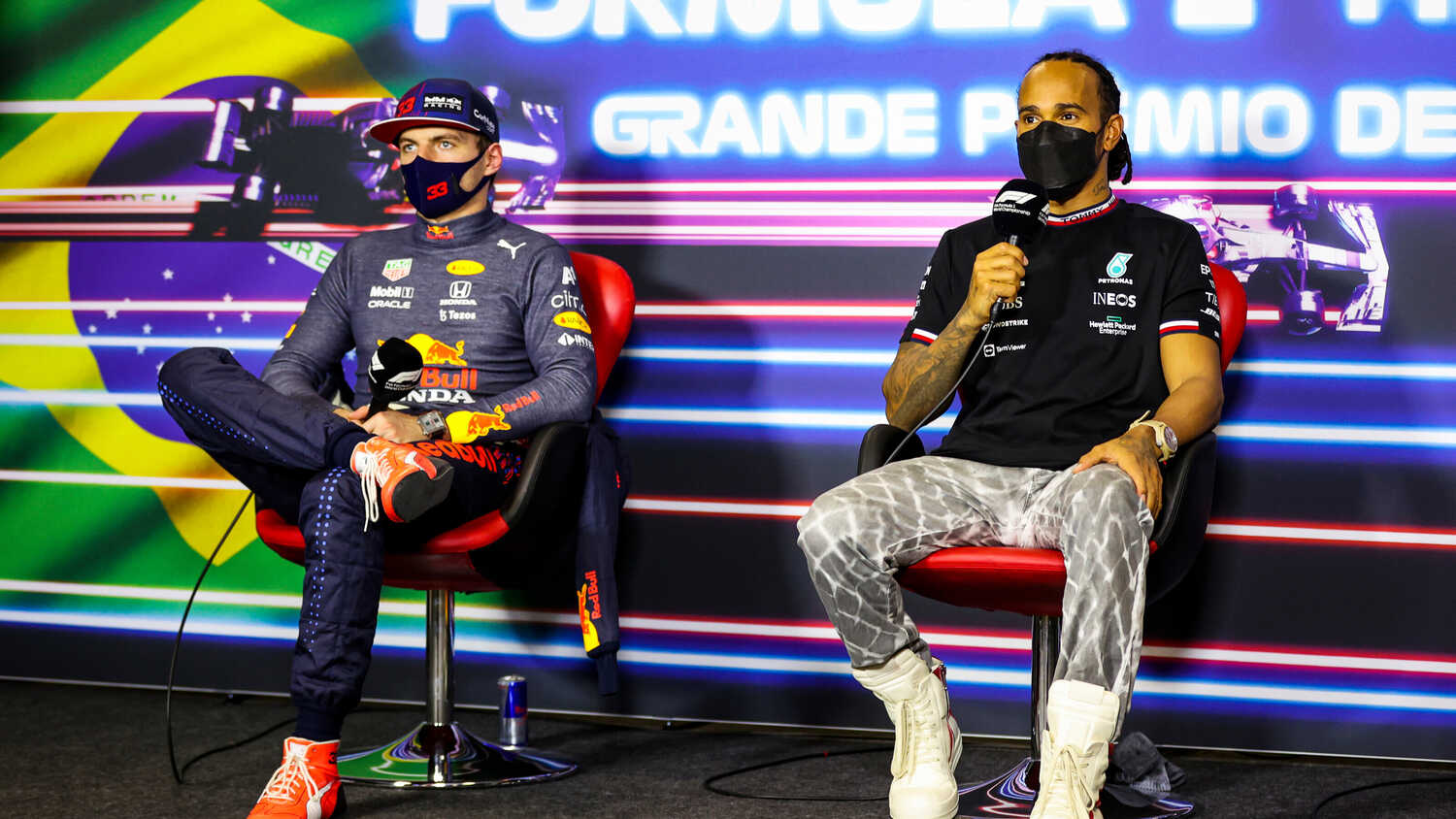 Max Verstappen has been advised against trying to intimidate Lewis Hamilton in the fight for the 2021 world title, following their latest run-in at the Brazilian Grand Prix.

Verstappen and Hamilton battled for the lead in the closing stages of last weekend's Brazilian Grand Prix, with the Red Bull driver initially holding position after appearing to force his Mercedes rival wide at Turn 4.

Mika Hakkinen, a two-time World Champion with McLaren, noted Verstappen's approach of "keeping the steering wheel open", which led to both drivers taking to the escape area.

No point trying to intimidate Hamilton

According to Hakkinen, using such an approach against Hamilton going forward will only give the reigning World Champion more motivation.

"Max is at the top of his career, leading the World Championship and determined to keep Lewis behind," wrote Hakkinen in his column for Unibet.

"What happened at Turn 4 was an example of how hard Max is prepared to push. Keeping the steering wheel open is an easy way to intimidate a rival, but it can also lead to a collision. In that case, you never know what might happen.

"I am not sure that intimidating Lewis will work. He likes a challenge. It gives him extra focus!"

He continued: "I was teammate to Ayrton Senna and a rival to Michael Schumacher, two drivers who sometimes used very aggressive tactics.

"There is a famous photograph of me talking to Michael after the Belgian Grand Prix at Spa in 2000, explaining to him why I was unhappy about some of his tactics.

"I love hard racing, but the racing needs to happen on the track."

Hakkinen happy with the stewards

Mercedes are seeking a review of the latest Verstappen/Hamilton clash, after new camera footage emerged, but Hakkinen feels that no further action was required.

"I was personally happy to see Race Control let both Max and Lewis continue. Both cars left the track, and they rejoined in the same order with no damage done," he wrote.

"Again, like with the disqualification, I am sure it gave Lewis increased motivation. When Michael tried to put me off the track in Spa, it made me absolutely determined to make the overtake - which is the one everyone remembers."

Hakkinen has, however, urged Verstappen and Hamilton to keep their fight clean over the remaining races.

He added: "With three races to go, I think we will see more excellent racing. The right way to win the Championship is to race hard but fair, with brilliant overtaking and the victory being decided by the chequered flag.

"This is such a good World Championship, [so] I really do not want accidents, penalties and stewards' meetings to determine the final result!"