Grosjean: I was 10 seconds from death

Grosjean makes his return to racing at the IndyCar series this year after suffering significant burns during his accident at the Bahrain Grand Prix in 2020. 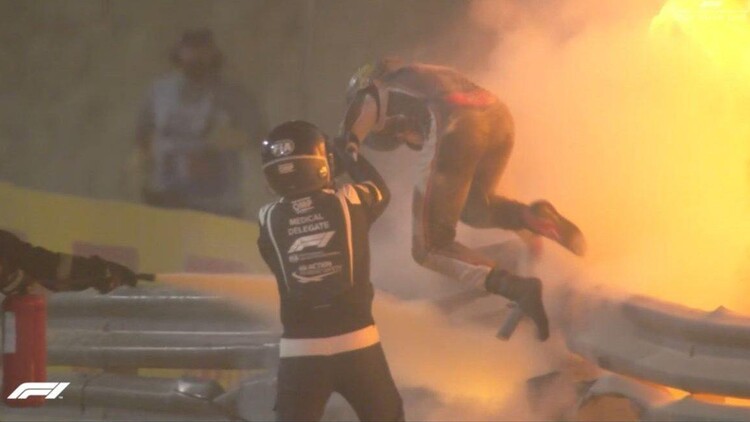 Romain Grosjean has said his decision to not compete in the highest-speed oval races in IndyCar this year was about feeling in control of his own racing after his terrible accident at the Bahrain Grand Prix last year which trapped him in a burning car for 28 seconds.

The driver said while he was always determined to get back behind the wheel and race again, he wanted to feel in control of what he was doing which would not be possible in oval races such as the Indy 500.

"I’m not scared of the top speed. That’s what I do in F1. I’m more concerned about going into the corner, and some guy crashing in front of you. What can you do then?" Grosjean told the IndyStar.

"I was literally about 10 seconds from death once in my life. I don’t feel like I want to take that risk when I’m not in control of what could happen."

However, despite the inherent risks in racing, the driver said he maintained a broad perspective on safety in the sport and highlighted that in his career to date he has had plenty of crashes that were not as severe as that which occurred in Bahrain.

"Look, it’s dangerous, but it’s also super safe. We know the risk, but we shouldn’t focus on one accident. Focus on the fact that, for 179 Grand Prix, I’ve had some crashes and spins, but I always got out."