Michael Masi says the sausage kerbs at the first chicane at Monza, where Lewis Hamilton and Max Verstappen collided, "work quite well". 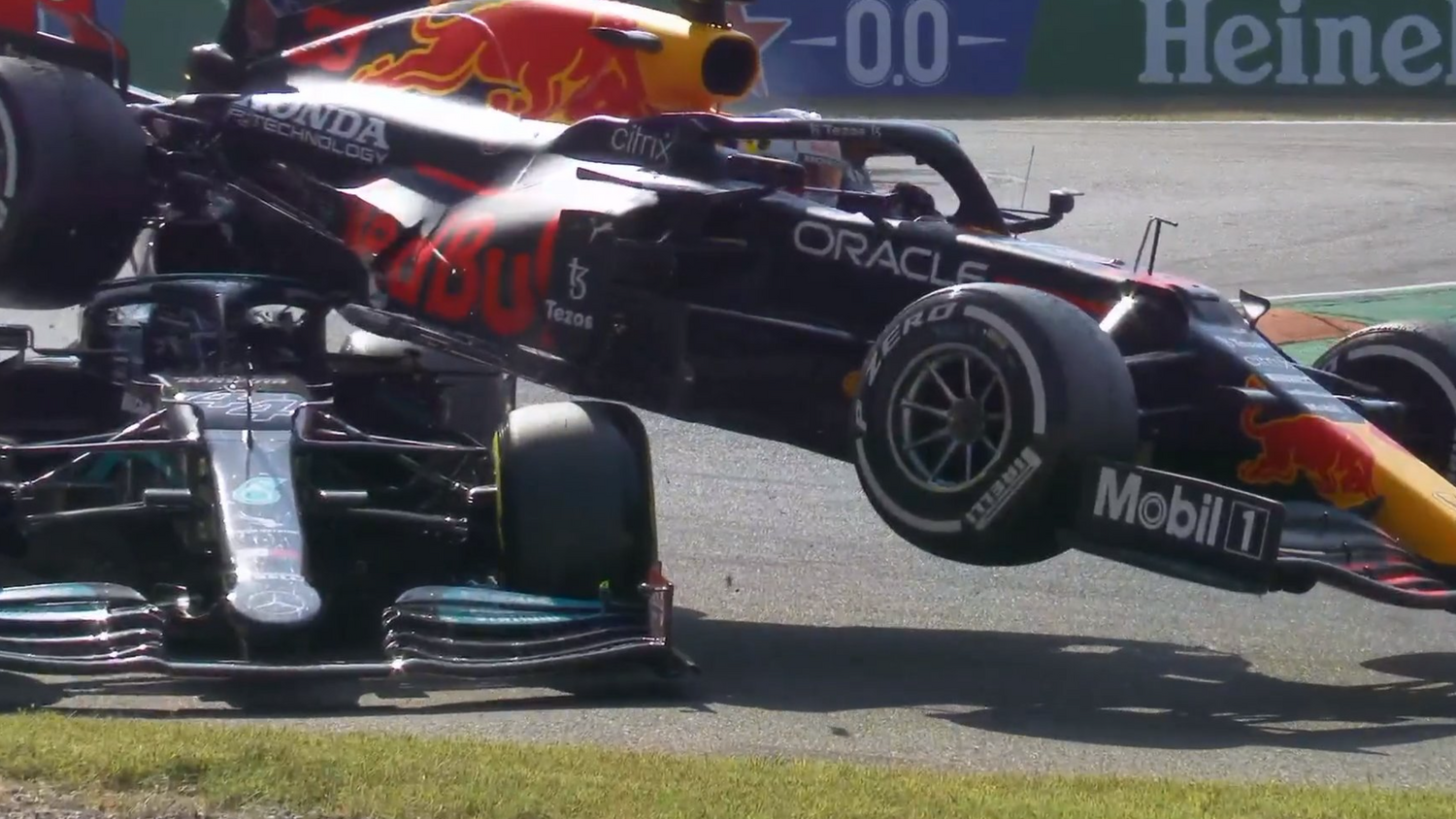 Formula 1 Race Director Michael Masi has confirmed there are no plans to change the kerbs in the run-off area at Monza's first chicane.

One of the orange kerbs caused Max Verstappen's Red Bull to launch into the air during his collision with Lewis Hamilton, which put both drivers out of the race.

Masi was asked whether the kerbs need to be looked at for the next Italian Grand Prix.

"In that situation I think the sausage kerb works quite well, in that particular corner," Masi told RacingNews365.com and other select members of the press.

"It was a driver's choice. You can drive into a kerb or go to the left of it, which we saw numerous times over the course of the weekend.

"A number of people in similar situations chose to go to the left through those little bumps and re-join."

Hamilton was hit on the head by one of Verstappen's tyres during the clash and was likely helped by the Halo device when the Red Bull came to rest.

The FIA's Safety department, which was set up to analyse serious accidents in order to generate relevant learnings and applicable solutions to safety concerns, will look at the incident between Hamilton and Verstappen.

"Incidents that are different, so it's not necessarily high G impacts or anything like that, but are unusual, we do look at," said Masi.

"Our Safety Department does look at them in detail, investigate, and see what we can learn and what we can improve for the future.

"That's how we have a whole lot of the safety features that we have today, and will continue to evolve into the future.

"We are already collecting all of the data, so we have all of the information, and that will all go to our Safety Department, together with any photographs and anything else we have along the way."