Formula 1 has confirmed that their official app was compromised on Saturday evening, but there are no concerns regarding customer data being harvested. 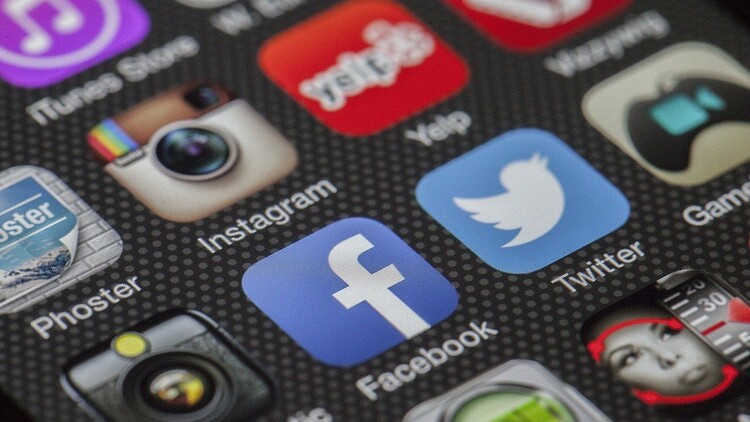 A short message reading 'foo' was pushed out to users at around 8.10pm on Saturday evening, followed shortly by another saying ' Hmmmm, I should check my security.. :)'

Formula 1 issued a statement on Sunday morning, saying: "Formula 1 became aware of an incident where the F1 App Push Notification Service had been compromised.

"We immediately took actions to suspend and secure the service and review the security procedures in place."

Moving to allay fears that customer data could have been harvested, F1 confirmed that there are no such concerns.

"Our investigation confirms that this targeted attack was limited to the Push Notifications Service," read the statement.

"We will continue to investigate, review and improve security measures but, at this time, have no reason to believe that any customer data has been accessed during this incident."

It's not the first time F1 has fallen foul to a hack, with Williams having to cancel their planned car launch using augmented reality on an app ahead of the 2021 season. After hackers went in and found the rendered images of the car within the app, Williams cancelled the launch through the platform. 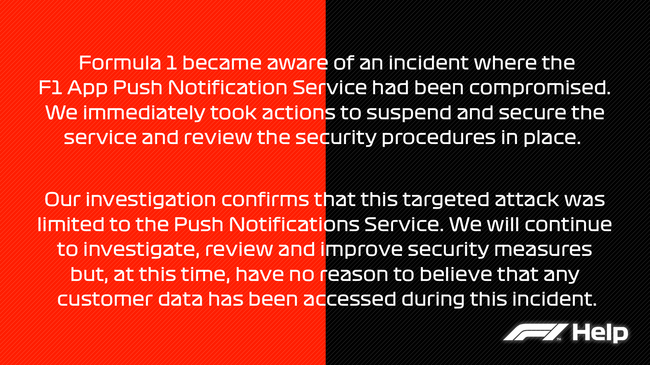