Max Verstappen captured the F1 Monaco GP on Sunday, but Formula E Champion Lucas Di Grassi believes some changes to the layout would improve the action on track. Ross Brawn claims F1 are open to looking at ways of tweaking the circuit. 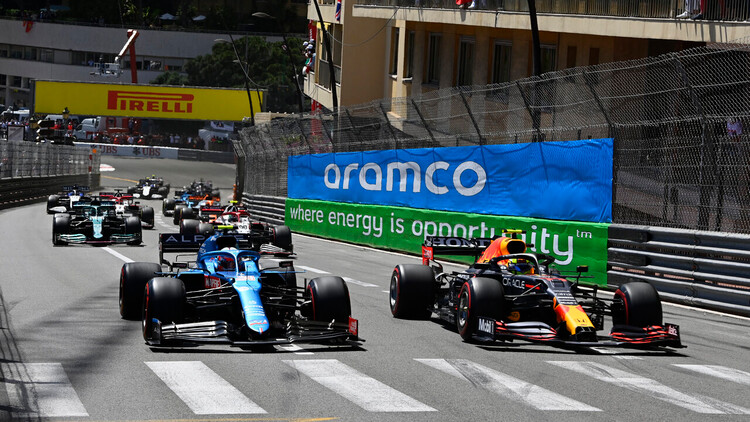 Lucas Di Grassi has proposed some changes to the Monaco circuit that he feels would allow for better overtaking opportunities on the streets of Monte Carlo.

The 2016/2017 Formula E Champion took to Twitter to reveal his proposed design for the circuit, after a dull Formula 1 race had just one overtake on track (pitstops not included).

After a thrilling Monaco E-Prix in Formula E just two weeks ago, which had a last lap overtake for the lead, Di Grassi suggested that the track could be tweaked to work much better for the much larger Formula 1 cars.

"In my view, only two feasible changes to increase the overtake possibilities are increasing the tunnel straight and redesigning the chicane," said Di Grassi on Twitter.

"[And] removing the last corner to allow for traction limited exit of Rascasse and therefore longer pits straight.

"Specially the chicane changes will increase the danger due to higher speeds and still be difficult to overtake. But in my view it would be possible to use more the slipstream/DRS increasing the action as you can see in the green box."

With Monaco being one of the most iconic venues in the world for any sort of sporting event, there is obvious reluctance to make hasty changes, but F1's Managing Director Ross Brawn has explained that tweaks could be cautiously welcomed.

“Monaco is a very special event,” Brawn told RACER. “It’s a whole thing. There are some unique challenges at Monaco, and there’s definitely nowhere else we race with those sort of challenges. The challenges of the nature of the track and the barriers, the conditions you’re working in, weather can be a big factor here…

“I think we’d all love if we could to make a greater opportunity to overtake in Monaco, because in the races if the guy in front does a great job it’s very difficult to challenge them, and we’ve seen that over the years many times.

"Can we change the track here? That’s a big question. We’re very limited, but maybe we just need to have a lateral view as to whether there’s anything that can be done with the track or the layout that could enhance the racing."

But Brawn warned against a knee-jerk approach to changes, saying that the race doesn't always produce a procession.

“But I don’t think we should lose sight of how special Monaco is and what a great event it is," Brawn said.

"Blue riband event — the world’s focused on Monaco for this weekend. It normally produces an eventful race. There are processions here sometimes, but I can remember lots of races where because of safety cars or crashes or weather, there’s something thrown into the mix that suddenly makes it a real race.

“So we don’t want to spoil what we’ve got. It’s fair comment but not an easy one to resolve; but we’re completely open-minded to see if there’s a solution.”