Jenson Button doubts that Monza will be the last flashpoint between the two title rivals this season. 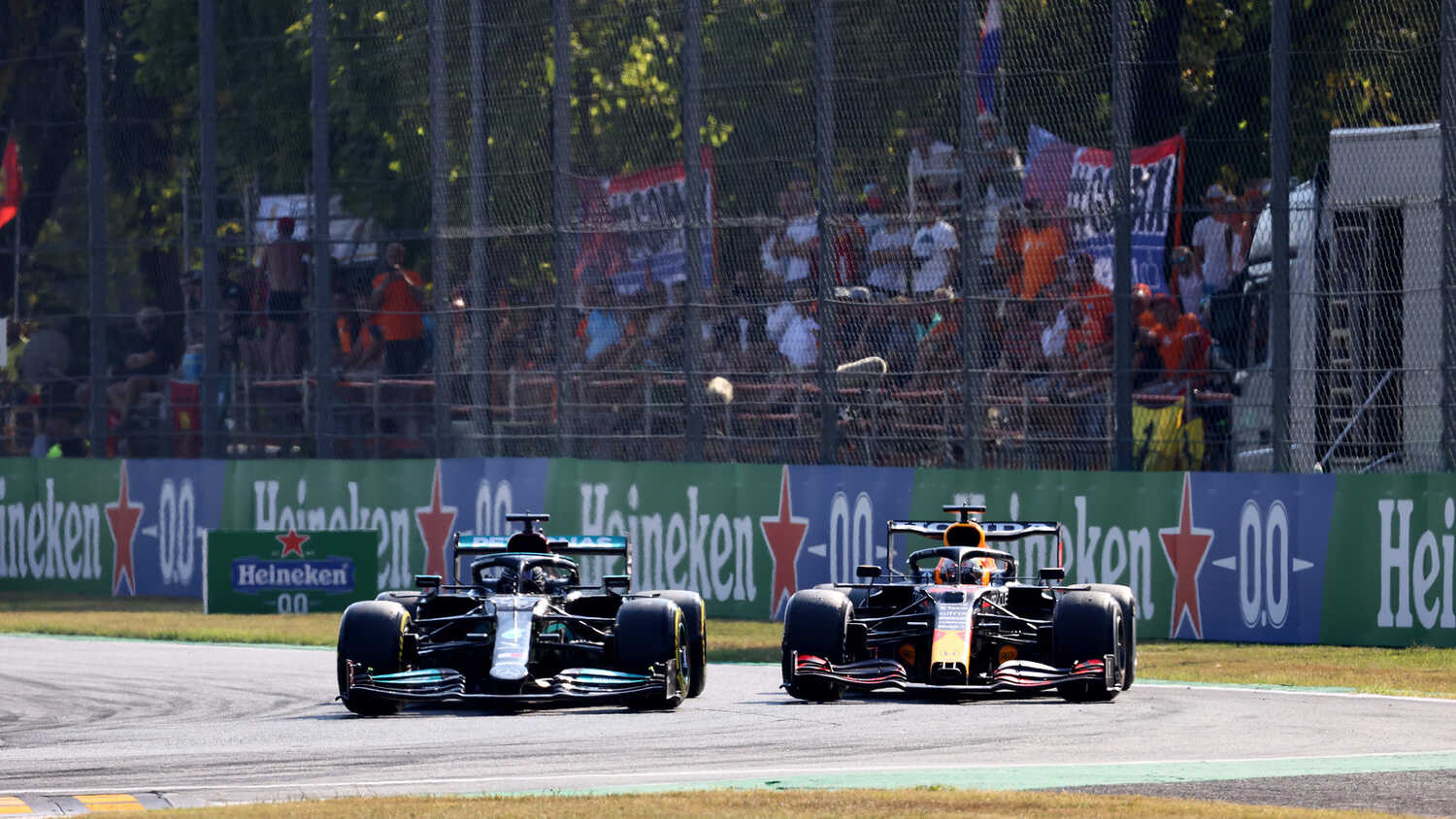 Jenson Button has weighed in with his thoughts on the most recent clash between Max Verstappen and Lewis Hamilton, and reckons the title rivals will collide again before the season is over.

Contact between the pair at Silverstone resulted in a huge crash for Verstappen, with Hamilton found predominantly to blame by the stewards.

At Monza, a low-speed but frightening accident saw both drivers retire, with Verstappen found guilty by the stewards on that occasion.

Reflecting on Monza, Button said he agreed that the Dutch driver was more to blame.

"I think it was more Verstappen's fault – the door was always going to close into Turn 2," Button said in an interview with Luxury London.

"So [it was] more Max's fault, but I think at Silverstone the incident they had between them was more Lewis' fault.

"But, you know, neither of them want to give an inch. That's what happens in racing and I'm sure it's not going to be the last time!"

As for who his money is on with seven races still remaining in the championship, and Hamilton leading the way by just two points, Button said it's too tight to call.

"I don't know! And that's why the 2021 championship is one of the best I've watched!" he commented.

"Two points between them and it's either of them who could take the title.