The stewards have rejected Aston Martin's right of review so Sebastian Vettel will remain disqualified from the 2021 Hungarian Grand Prix. 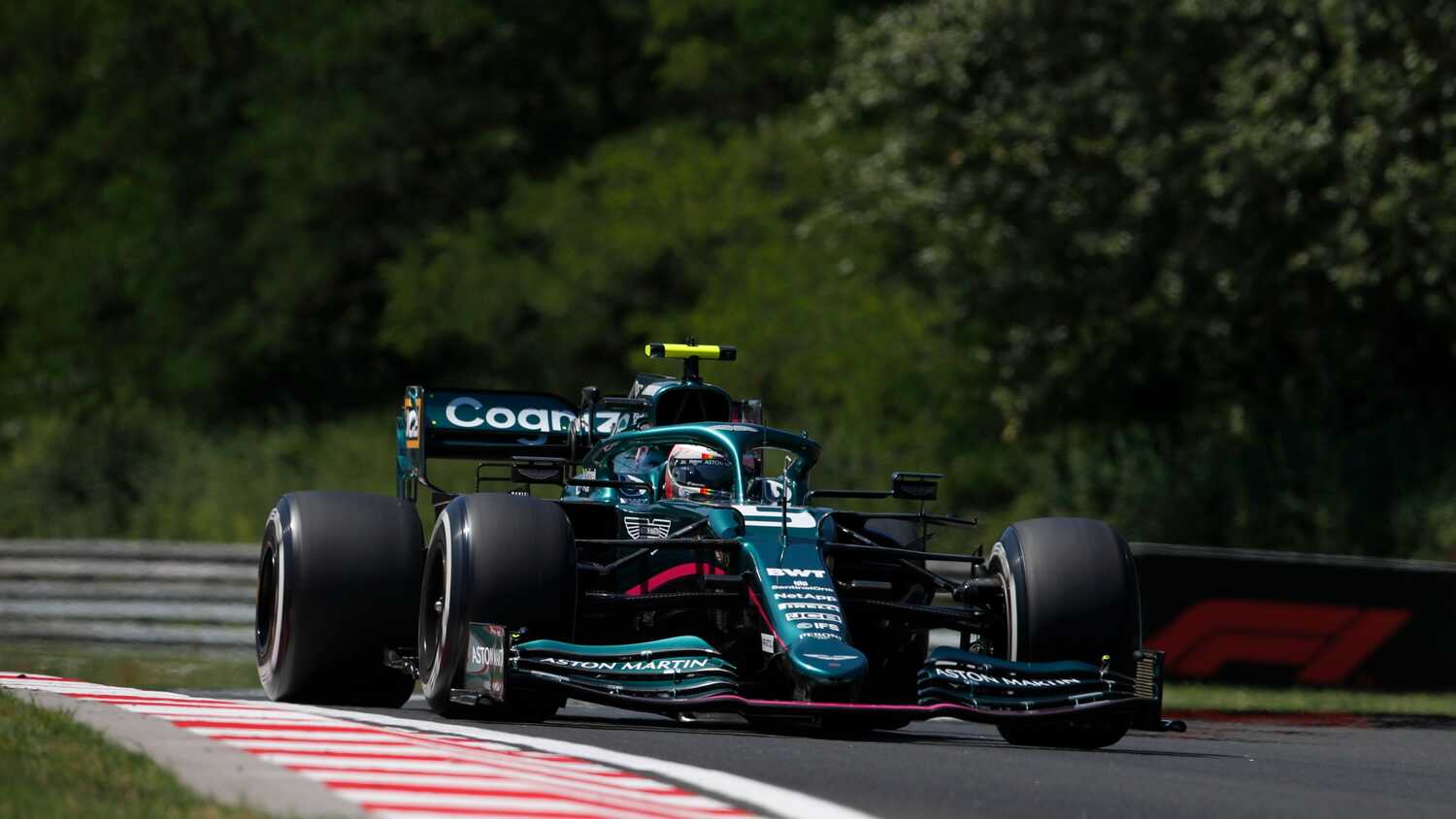 Aston Martin have failed in their bid to reverse the stewards' decision to disqualify Sebastian Vettel from the Hungarian Grand Prix.

Vettel was deemed to have less than one-litre of fuel in his car after the event, meaning Aston Martin broke the fuel sample regulations which require at least one-litre to take a fuel sample. The stewards say that Aston Martin did have new evidence, because of a fuel system failure that caused a significant amount of fuel to indirectly discharge from the fuel cell, but it was deemed irrelevant.

"The alleged 'New Evidence' was derived from analysis of more than 100 channels of fuel system related data," said the stewards.

"It concludes that there was a fuel system failure in Car 5. As a result of the loss of fuel cell pressure, the air pump in the fuel cell activated a maximum output.

"By pumping air through the fuel cell, a significant amount of fuel was inadvertently discharged from the fuel cell of Car 5. As a result of that, it was only possible to obtain a 0.3-litre sample of fuel, significantly less than the volume that was expected to have remained.

"Failure of the Fuel Cell Pressure relief valve to seal is the prime suspect but any leak path from the fuel cell would have caused the loss of fuel pressure and resulted in the loss of fuel."

Aston Martin analysed their data and believed the car had 1.44-litres of fuel in Vettel's car, pointing to the piping and ancillaries of the fuel tank.

However, the stewards noted: “An analysis of various data carried out after August 1, 2021 showed that there was actually less than one-litre remaining at the end of the race due to an initially unnoticed malfunction in the fuel system.”

Formula 1 “unequivocally calls for a remaining amount of one-litre and does not allow any exceptions under which circumstances or for what reasons it could be dispensed with”, added the stewards.

The stewards therefore ruled Aston Martin’s request for a right of review inadmissible, although the team have since confirmed they are "considering its position in respect of its outstanding appeal".

"We felt that the evidence we presented was relevant and demonstrated to the FIA that he should have been reinstated following his disqualification," said Aston Martin team principal Otmar Szafnauer.

It means Aston Martin failed to score points at the Hungarian GP and remain seventh in the Constructors' Championship whilst Vettel is 12th in the Drivers' standings.

In the title race, Lewis Hamilton has secured second place to score 18 points (gaining an extra three) whilst Max Verstappen scored an extra point as he has been confirmed to have classified in ninth place.