The Mercedes Technical Director has claimed that every team will have a different interpretation of the 2021 rule changes. Less downforce and slower tyres could be set to shake up the grid this season - but who is currently best placed to capitalize? 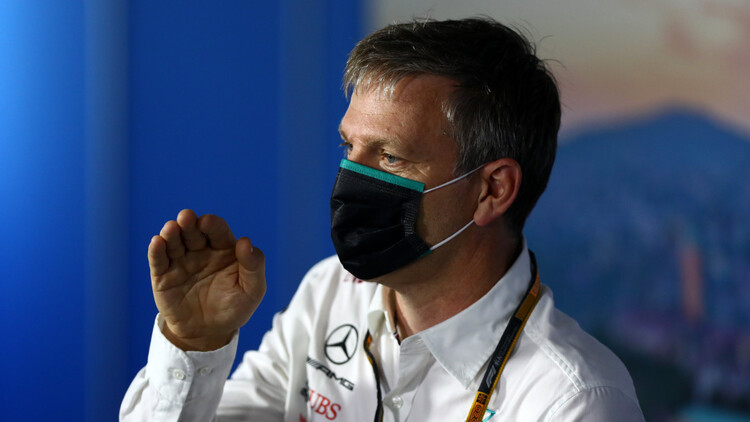 James Allison has been describing how each team this year will have a different approach to try and negate the effects of the 2021 rule changes - which have been designed to slow the cars down.

Allison, who is Mercedes' Technical Director, claimed at the recent launch of the W12 challenger that innovations will differ from team to team, as each looks to try and claw back lost downforce compared to last year's models.

"What's carried over will look different from team to team, because the rules didn't require you to carry over the same things", Allison explains.

"The rules freeze a large chunk of the car, but then give each team two tokens to spend on changing their car. Along with the tokens comes a shopping list showing how many tokens are required for each change".

The task for every team involves coming up with ever more intricate and ingenious ways to circumvent the rules and reclaim lost speed. However, as Allison himself asserts, many of the changes for this season are being done to the floor - hence why teams are most guarded about this section of the chassis.

"If you're looking to slow a car down, which is effectively what the regulation changes were intended to do, modifying the floor is by far the easiest and cheapest way of achieving your objective.

"Once the rules had been established, our task was to figure out how to recover the losses brought by these changes", the 53-year-old concluded.

Time will tell as to how successful Mercedes have been in terms of adapting their car for 2021. Some observers, such as former F1 designer Gary Anderson, have speculated that teams at the front of the grid may be hindered most - as they have a lot of downforce to try and reclaim.